As earlier announced, Ankara pressed ahead with a military campaign in Syria’s Idlib province. In late February, there expired a deadline given by Turkish President Recep Tayyip Erdogan to the Syrian government of President Bashar al-Assad to withdraw from areas it had taken over after the offensive into Damascus. But what may present the main threat to Syrian regime forces are Turkish drones flying over Syrian air space. In turn, Russia has responded with its ostentatious deployment of warships from the Black Sea into Syria. 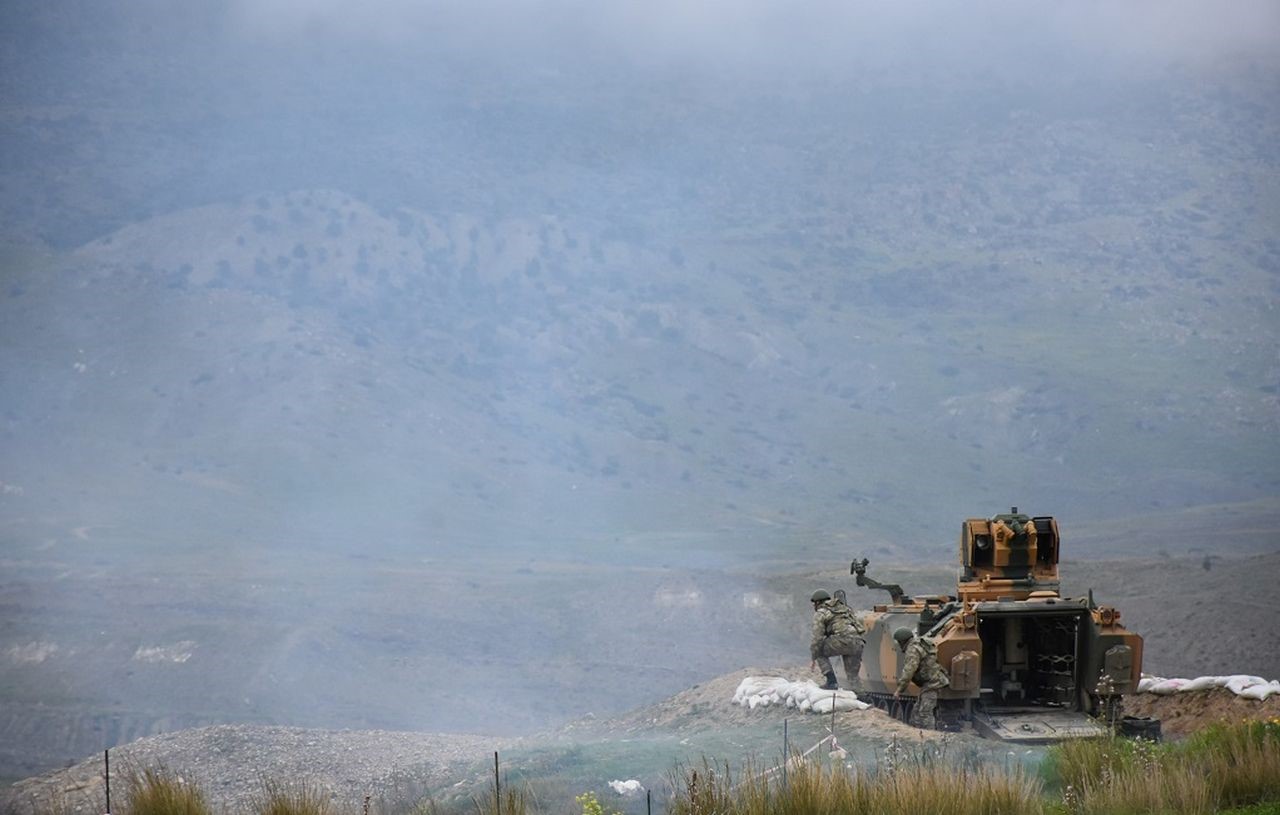 On March 1, the Turkish military announced a major offensive into Idlib, against the Bashar al-Assad regime in response to severe attacks that had killed many Turkish troops a week before. At least 33 Turkish soldiers died in Syria’s Idlib province on February 27 in what has been the bloodiest attack against Turkish forces so far. While mounting the Syrian offensive, Ankara said it had no intention to clash with Russia in any way. The statement came amid reports that dozens of Turkish military personnel were killed on February 27 in an attack that must have been carried out by the Russian air force. The air strike happened at night, while Syria’s air force carries out offensive tasks only during daytime. On February 28–29, Turkey responded with retaliatory shelling that killed nearly 90 Syrian troops and allied Shia militia men. Turkey claimed that in its drone attacks, held between February 27 and March 1, it severely damaged a few anti-aircraft defense systems, more than 100 tanks, and killed 2,212 Syrian servicemen, including three senior generals. These numbers are of course much heightened, though. What is true, however, is that Turkish warplanes shot down two Syrian bomber jets in the first hours of Turkey’s new offensive, Operation Spring Shield, back on March 1. The Russian military accused Turkish forces of directly backing the opposition fighters on the battlefield and of providing them with Stinger air-defense systems. In consequence, Russia ordered its warplanes to fly higher than 5,000 meters to avoid hits.

An armed confrontation between Russia and Turkey in Idlib region is neither in the interest of Moscow nor Ankara. If a threat of a war breaking out were real, even on a limited scale, Turkey would ban Russian warships from passing through the Bosporus and then the Dardanelles straits. Since the launch of the intervention in 2015, this is through where Russia has been deploying its forces from the Black Sea to the eastern Mediterranean as part of the Syrian Express operation. Russia sent two of its warships equipped with Kalibr cruise missiles to waters off the Syrian coast. The Admiral Makarov and Admiral Grigorovich frigates left Sevastopol on February 28, Russia’s Black Sea Fleet command informed, saying that these two are heading towards the third Black Sea Fleet frigate of this series, Admiral Essen, which has been performing tasks in the Mediterranean since December 2019. Shortly afterward, the Russian Navy dispatched a fourth warship, the large landing ship Novocherkassk, which crossed Turkey’s straits of Bosporus and Dardanelles on March 2 on its way to the Russian naval facility in Tartus. Novocherkassk is a Ropucha-class tank-carrying landing ship. In late February, the Black Sea Fleet sent to Syria a similar-like class ship, the BDK Orsk.