Russian warplanes have intensified airstrikes in Syria’s Idlib province, the last sizeable rebel-held region that the Bashar al-Assad regime is trying to retake. Within just two days in late February, at least 25 civilians perished due to Russian aerial attacks. Targets of Russian air forces included ten schools in a single day. Al-Assad’s long-standing ally, Moscow has waged a ruthless military campaign aimed at badly damaging hospitals and any health facilities where civilians can get medical aid. 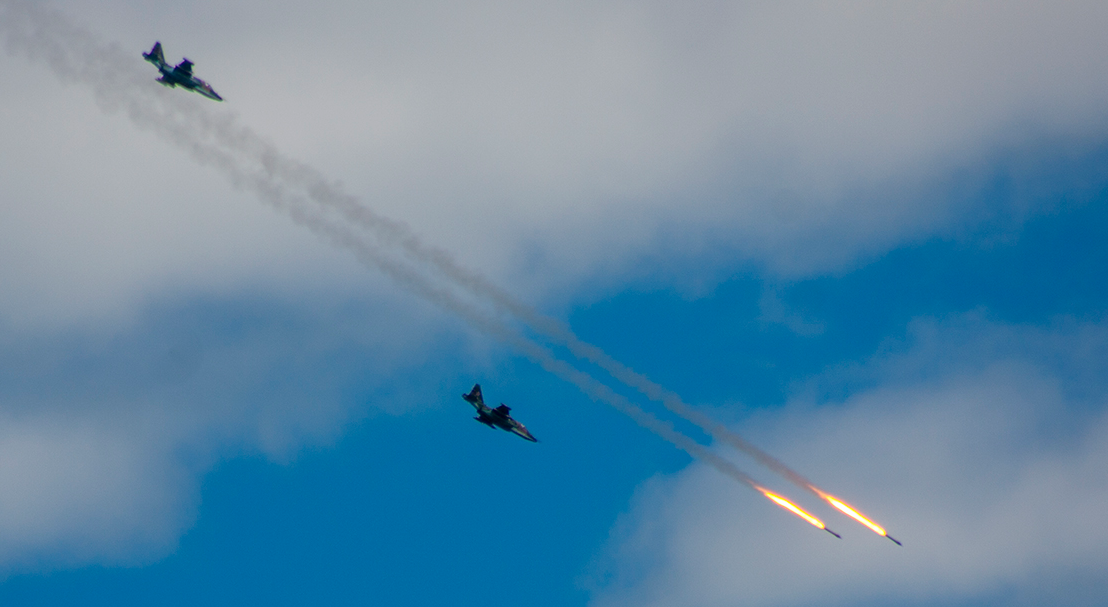 Moscow is dragging its feet over talks with Turkey that is pushing for the truce in Idlib while Shia-backed government forces are stepping up the military offensive, launched back in December 2019. The president’s loyal army’s advances came with the support of its Russian ally. But their warplanes are not so much tasked with shelling rebel positions. Instead, they deliberately target civilians who are heading north and leaving villages and cities that insurgents are finding more and more challenging to defend.

February 25 became what was referred to as one of the bloodiest days over the past few weeks. As many as 21 civilians were killed in airstrikes, most of which were carried out by Russian forces. The aerial attacks were intended to hit schools. A school child and three teachers were killed in Idlib city. At least six children were among ten civilians killed in Maarat Misrin. Four people died in Binnish. Russian air forces renewed bombings on February 26. Four civilians died due to a raid on the village of Arnaba. At least 22 educational facilities, including kindergartens and nurseries, have been bombed since the beginning of the year. With its bombings, the army sought to intimidate civilians, also acting as a catalyst in a new refugee influx. Among those that are being targeted are children, too. Government air attacks are likewise intended to destroy hospitals. Since January, at least 19 health facilities in Idlib and neighboring rebel-held provinces have been damaged in strikes. Doctors and medical personnel lost their lives in deadly bombings, while medical equipment and supplies were destroyed. Russia’s savage air attacks seek to leave civilians with no medical assistance and force them to flee the area of conflict, as the battle for control of the country’s last opposition stronghold intensifies. Roughly one million people in Idlib have fled their homes, heading north, toward the Turkish border. A mass slaughter may occur if forces loyal to al-Assad and their Russian backer decide to hit makeshift refugee centers. With a fresh wave of refugees escaping toward the Turkish border might come yet another migration crisis.