From War to Stabilization: Russian Plans for Syria

Recent changes in the Russian command and Moscow’s diplomatic efforts toward Syria show that the Kremlin has reshuffled its course in the Middle East country. Now the Kremlin is anxious to calm down moods in a move to shift to the next stage, which is to “reconstruct the country” and provide humanitarian aid to the Syrians. Moscow’s push for these two serves as an introduction to the consolidation of the post-war order in Syria to retain as much influence as possible. To accomplish this, the rebel-held province of Idlib must be demolished, and this requires an agreement with Turkey. Ankara would probably no longer lend support to Idlib-based Islamists if it got what it wanted in northeast Syria. This may yet prove difficult as Russia is in talks with the Kurds. 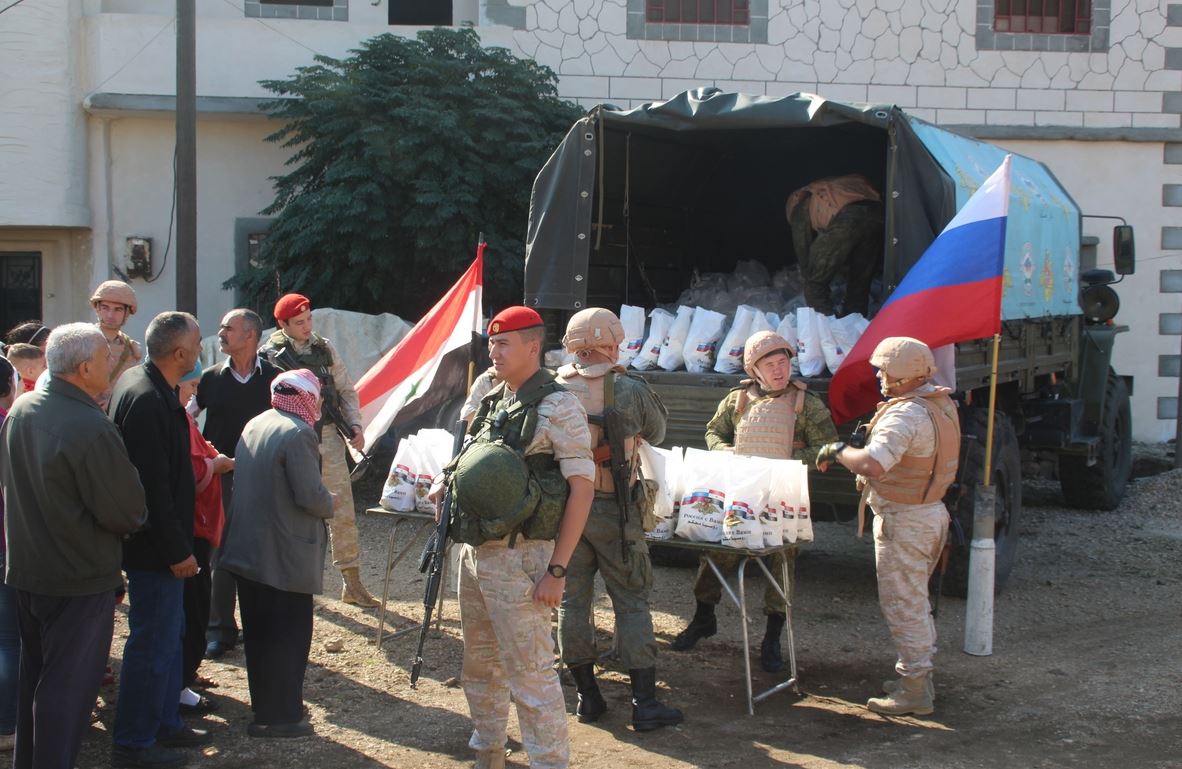 What served as the opening of a new chapter in Russian policy toward Syria were the talks held on December 2 in Damascus. Back then, Russian President Vladimir Putin’s Special Envoy to Syria Alexander Lavrentyev and Deputy Foreign Minister Sergey Vershinin traveled to the country to meet among others with President Bashar al-Assad. A readout from the Russian Foreign Ministry later said the two parties discussed “the necessity to restore Syria’s territorial integrity and unity with due account of the interests of all ethnic and religious groups.” High on the agenda were also items like humanitarian aid and progress toward writing a new Syrian constitution. An extra emphasis was put on the importance of “further anti-terrorism efforts.” What was said about the need to “restore Syria’s territorial integrity” could be interpreted as referring to the issue of Idlib province, Syria’s last rebel-controlled stronghold. Several days later, Russian Foreign Minister Sergey Lavrov told a joint news conference with U.S. Secretary of State Mike Pompeo that this was vital to undertake efforts towards complete extermination of what he called “terrorist nests.”
Still on December 2, the commander of Russian forces in Syria, Lt. Gen. Alexander Chayko, met with the head of the Kurdish-led Syrian Democratic Forces (SDF), Mazloum Kobani. Kobani later tweeted that the two parties had accomplished a “high level of understanding” and agreed on Russian military deployments in the towns of Amuda, Tell Tamer and Ayn Issa in northeast Syria. Moscow hopes to see de-escalating tensions in Syria, with the Kremlin seeking to avoid human casualties, which would be burdensome for the regime. On December 2, a Russian military police vehicle was attacked while on patrol in Aleppo province near the border with Turkey. Three officers were injured from what the Russian Defense Ministry identified a homemade bomb. The incident has reignited Russia’s concerns that its forces may be subject to more frequent attacks where Russia has deployed its military following the October deal on northern Syria struck by Russian President Vladimir Putin and Turkish President Recep Tayyip Erdogan.

Chayko, 48, has been in charge of the Russian forces in Syria since September 2019. His predecessor, Gen. Col. Andrey Serduykov, 57, had been serving in that capacity for the previous six months. Serdyukov’s top task in Syria was to facilitate the implementation of Russian-Turkish agreements on joint patrols in the Idlib de-escalation zone. Chayko is now tasked with putting in place Russian-Turkish arrangements in northeastern Syria, in particular in the area of Turkey’s incursion against the Syrian Kurdish militia YPG. Unlike Serdyukov, Chayko is believed to be not only a military man who has showcased remarkable political and diplomatic talents, as exemplified by his successful talks with the SDF leader. The Russian commander is preparing the way for the country’s future commitments regarding both humanitarian aid and the reconstruction of Syria.