After an annual meeting of the Interior Ministry Board, the Kremlin has lost all hopes to regain popularity by adopting the “carrot approach,” pushing forward more straightforward solutions instead. Russian President urged the Interior Ministry to take a hard line against extremist crimes, taking into account that fulfilling even a part of his promises will trigger no major changes. The Putin regime has entered a new phase, in which power and control are to be executed by more restrictive measures. 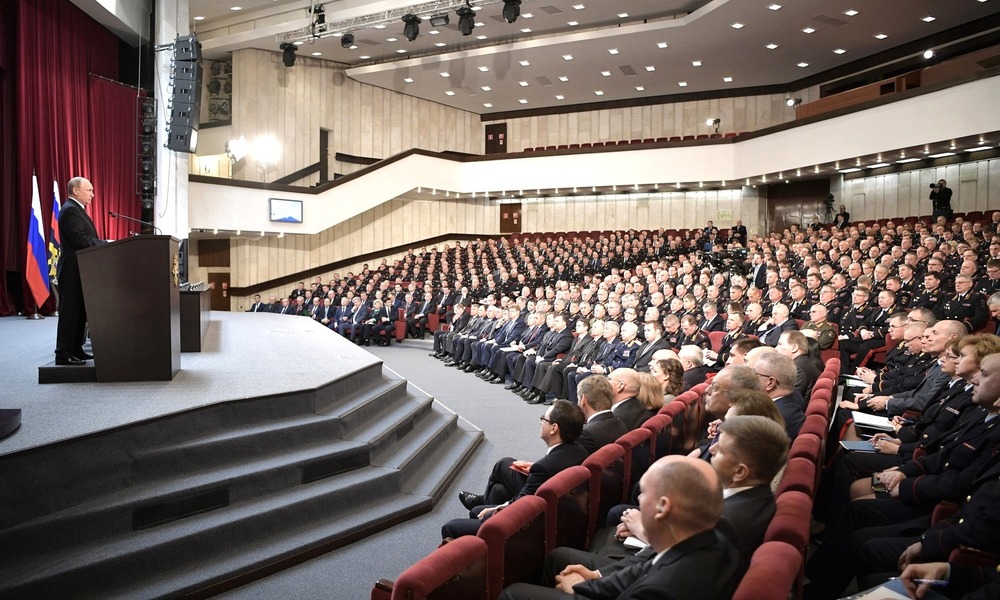 Speaking at the annual gathering of the Interior Ministry Board on February 28, Vladimir Putin devoted much attention to discussing counteracting extremism and economic crimes, referring to the latter as “the main strategic direction.” As he announced, Article 282 of Russia’s Criminal Code, which provides criminal liability for “incitement to hatred or social hostility” should be partially decriminalized yet “applied when such a need arises.” Putin stressed the importance of taking resolute measures to counteract extremism “among youth in the first place.” The state administration is, however, unlikely to soften its policy towards citizens who openly express their dissatisfaction online, a blatant example of which was new legislation adopted by the State Duma on March 7 to ban the spread of fake news and penalize all those who insult the state authorities online. Both new laws will provide for blocking prohibited Internet content at the initiative of the prosecutor’s office yet with no prior court ruling. Putin gave the green light to fight against both the political opposition and, more broadly, to popular discontent with the government, allowing state apparatus to hit also social activists, including those who struggle against Russia’s growing waste management problem and defend the natural environment.

Also, he stressed that the Interior Ministry should try its utmost to make the business environment most advantageous for entrepreneurs; earlier, the President had claimed that business should not remain defenseless against activities carried out by siloviki. This was only illusionary, though, all the more so if to take into account a growing number of cases related to economic crimes. A clear example of how Putin’s declarations do not comply with actual activities carried out by his subordinate service is a recent blow to Baring Vostok, one of the largest and the longest operating investors in Russia. In spite of ever-increasing protests from business representatives, Putin expressed his full confidence in the Federal Security Service (FSB). Addressing the audience at the meeting, Russian leader called for “surging efforts with a view to fighting corruption,” prompting his trusted group of siloviki to launch a further attack on businessmen on the pretext of preventing corrupt practices.