In just a few days, Russian Audit Chamber head Alexei Kudrin, seen by the ruling team as a “liberal outsider,” has suffered painful blows both from the government and, more importantly, from the Kremlin. First, he got a sharp rebuke from the Russian prime minister for his critical views on the state’s economic policy. But shortly after, the Kremlin was the second one to lambaste what Kudrin said, with Putin’s unexpectedly negative words towards taking aim at the head of Russia’s auditing agency. It is not yet clear whether this will mark the end of Kudrin’s term in office or the Kremlin alone has decided to blame its on-duty liberal for economic problems in the country. 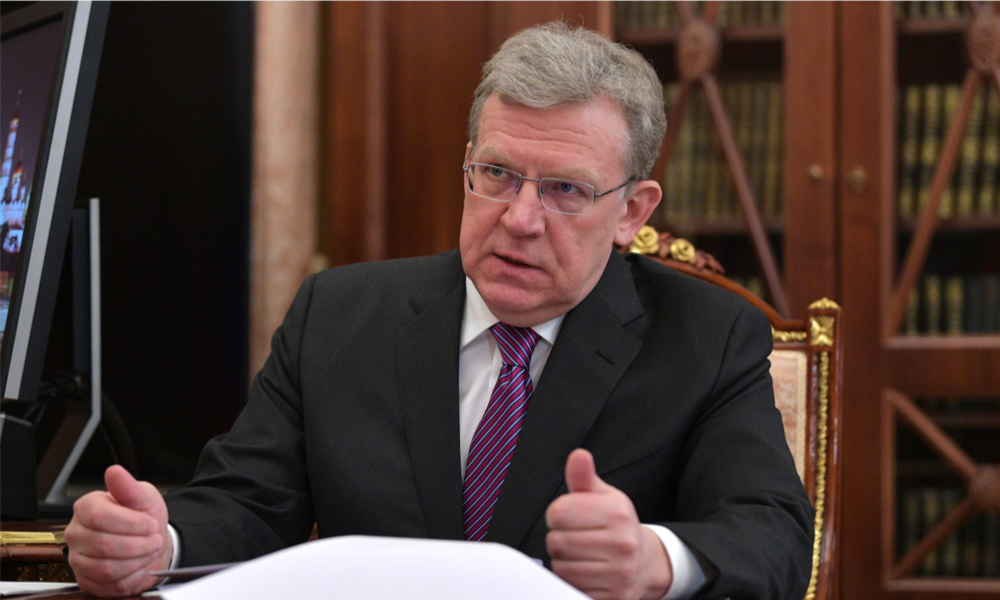 Russian Prime Minister Dmitry Medvedev responded to Kudrin’s latest criticism over the poverty level in Russia. Speaking at a meeting on achievement of national development goals in the economic sphere and the housing sector, Medvedev said that “fighting poverty does not need any populist judgement,” adding that “there are no easy solutions here, and the fight against poverty requires consolidated work by absolutely everyone but in their place and within their competences, and not in line with generalized assessments under the expert and populist key.” This came as a reaction to Kudrin’s recent words that it is possible that a social outburst in Russia could occur due to the decline of living standards (June 17). During an interview, Kudrin said that over 12 percent of the Russians population lives now below the poverty level and that it is a “disgrace for Russia.” The prime minister could have taken advantage of striking a blow against Kudrin due to long-lasting strains in their relations. Back in 2011, then-president Medvedev relieved Kudrin from his duties of deputy prime minister and finance minister after they argued over increasing defense expenditure.

Kudrin’s remarks were poorly received by the Kremlin, with presidential spokesman Dmitry Peskov saying that these comments had been an “emotional expression” and adding that the Kremlin cannot agree with the statements. But what came next turned out much more disturbing for the head of Russia’s auditing agency. Kudrin is the only “1990s economist” to remain in power in present-day Russia and “is already drifting toward Sergey Glazyev,” Putin unexpectedly said during his annual answer-and-question session, commenting Kudrin’s proposal to bankroll large national projects from financial surplus crude oil sale. The Russian leader noted that Kudrin’s idea was dismissed by “his colleagues, almost scientists,” claiming that such a step would lead to inflation. Describing Kudrin as one of “the people who were at the helm in the 1990s” is a highly negative opinion from Putin. The Russian President has repeatedly attacked the ruling elites of Russia under Yeltsin, accusing them of robbing the country and leading Russia toward a disastrous situation in the international arena.
And comparing Kudrin to a presidential aide Glazyev, whose leftist views on economic policy differ from what the head of the auditing chamber says, implies that the president has no intention to succumb to extreme opinions, but to do his job and follow a moderate course in politics.

Putin referred to Kudrin while answering one of the questions on the people who ruled the country back in the 1990s and the latter’s idea was first submitted at the 2018 St. Petersburg economic forum. According to Kudrin, the budget rule should be weakened, under which revenues from selling crude oil, and especially surplus from trading over the level of $40.8 per barrel (this year it is $41.6, after being annually indexed by 2 percent) are to purchase currency for the National Welfare Fund. Kudrin suggested to raise the level to 5 dollars and to use the more substantial surplus to bankroll national projects. But nobody listened to it. Despite all this, Kudrin reiterated his plan at this year’s edition of the economic summit in St. Petersburg.

What Putin said may mean that the Kremlin is getting ready to blame proponents of a more economic liberal policy for such problems and unpopular reforms, including those on a tax hike and increase in pension age. And Kudrin could serve as a perfect target because he plays the role of a liberal under Putin’s regime, mostly for the West. This is the legend Kudrin created around himself after stepping down as a member of the Russian government in 2011. But he is a part of the system, and Putin yet again gave him a vital state position to weight up the balance for other politicians, with Medvedev at the forefront. Any attempts to push Kudrin to the margin would bolster the prime minister’s post. Given how unpopular he is among members of Russian society, the Kremlin may try to solidify his ratings in the context of his potentially important role in the transition of power after Putin’s term in office ends.