Venezuela’s Chavist regime seems to be well aware of Russia as the sole guarantor for its functioning and U.S. concerns over how Moscow could respond to a feasible armed operation in the country. Venezuelan President Nicolas Maduro uses his best efforts to tighten cooperation with Russia by offering natural resources or purchasing Russian-made military hardware. 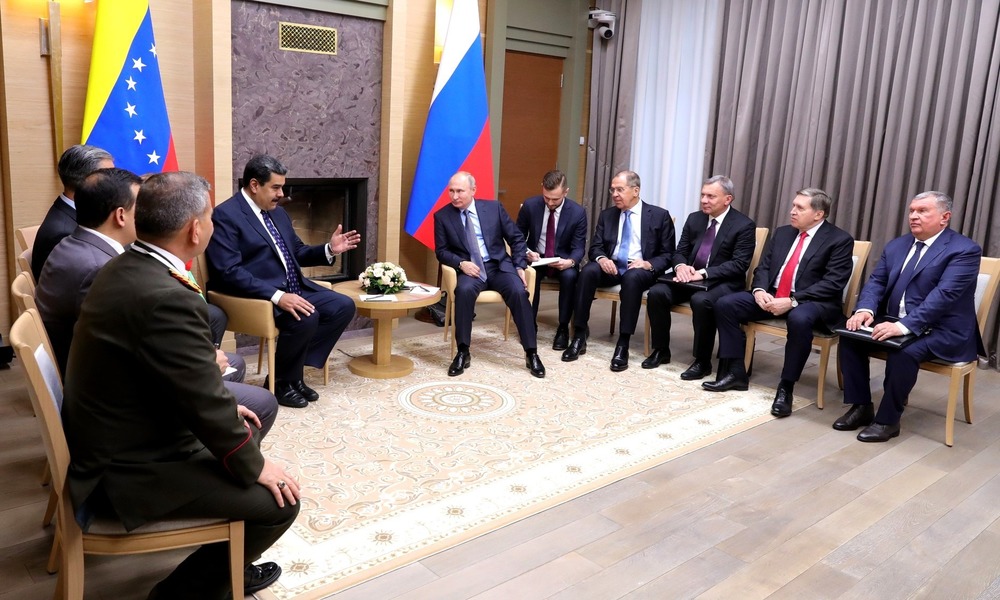 In early June, Maduro gave two gas fields to Russia’s largest oil company, offering 100 percent of the project and all gas rights exploited. This will provide Rosneft the right to develop the two offshore gas deposits of Patao and Mejil­lones, located to the north of the Paria peninsula.
Both are part of the Mariscal Sucre Project in northeastern Venezuela, close to Trinidad and Tobago, one of the world’s largest gas producers. This step solidified Rosneft’s already marked presence in Venezuela’s energy sector as the oil firm holds minority stakes in a number of joint projects, including Petrovictoria, Petromonagas and Petromiranda, all of which are located in the Orinoco Oil Belt, as well as Boqueron and Bo­queron and Petroper­i­ja in the state of Zulia. Over the last decade, Rosneft has handed over $17 billion to the Venezuelan regime. In 2017, the company’s share in the oil output was 3 million tons. Maduro made another decision aimed at demonstratively show Moscow’s involvement in the country when ordering in March 2019 the state-run oil giant PDVSA to close its Lisbon office and move it to Moscow.

But the Maduro-Putin alliance goes far beyond energy cooperation. U.S. National Security Advisor John Bolton said that in May Venezuelan president had inked a $209-million defense contract with Russia. The American officials did not provide any details. Russian Ambassador to Venezuela Vladimir Zaemsky denied reports as false. Of all Latin American countries, Venezuela is the largest buyer of Russian-made weaponry, with a total worth of all contract concluded so far estimated at $11 billion. For example, Caracas bought Buk-M2 and Antey-2500 air defense missile systems. Under the armaments deals, Venezuelan army has acquired 100,000 AK-103 – Kalashnikov assault rifles, Sukhoi Su-30MK2 fighter aircraft, Mi-35M helicopters, T-72 tanks BMP-3 and BTR-80 combat and armored vehicles. In June, Sergei Chemezov, the director general of Russia’s Rostec state corporation, stated that Russia continues to supply military hardware to Venezuela, saying that both countries could sign further defense deals.