Moldova has plunged into what was called its most profound crisis since the country regained independence, with what could actually be referred to as a dual power system. The country sees the government formed by a peculiar coalition of pro-Russian socialists, the pro-European ACUM bloc, both supported by the socialist president on the one hand and a rival group on the other, consisting of the acting PDM government, along with its loyal power structures and the Constitutional Court overseen by Moldovan tycoon Vlad Plahotniuc. What happened in Moldova might have been triggered by a possible EU-US agreement with Moscow. But removing Plahotniuc and his peers from power could in the long run bring benefits to Moscow. And the Kremlin’s long-term goal consists in drawing Moldova into its sphere of influence. 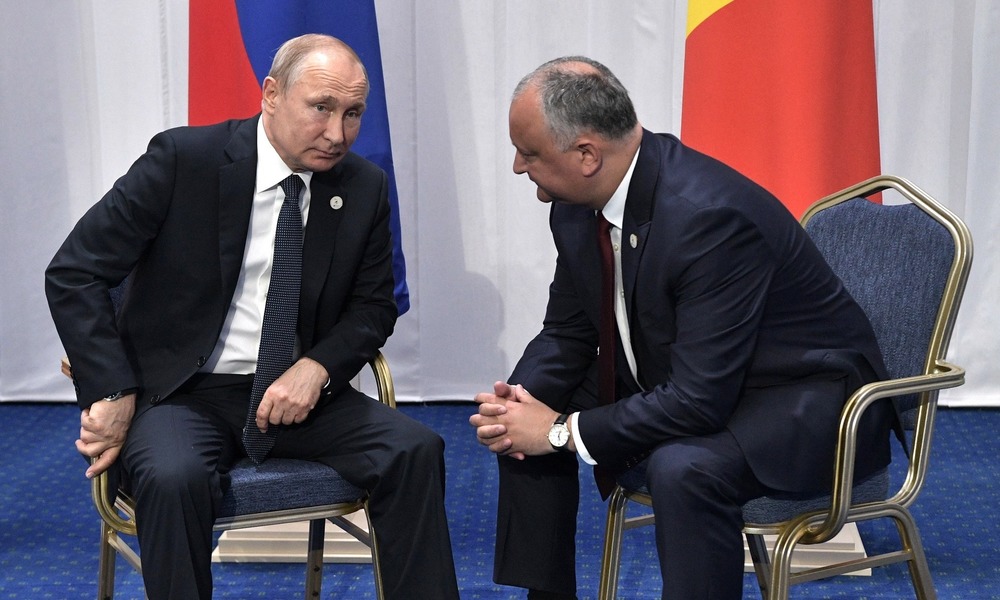 Moldova’s parliamentary elections in February 2019 resulted in a stalemate, with three political forces – Dodon’s Party of Socialists (PSRM), Plahotniuc’s Democratic Party (PDM) and the ACUM Party, led by Sandu and Nastase – winning comparable results. Coalition talks were held for several months, and the acting PDM government exercised power in the country. It seemed that the Democratic Party would be keen to form a coalition with the socialists as earlier Plahotniuc had had a gentlemen’s agreement with Dodon. But the Party of Socialists came out on top in parliamentary elections, and the president imposed tough conditions to which Plahotniuc had no intention to agree. Political events put Moldova into turmoil before the end of the period allowed for the formation of a new coalition. Facing the risk of snap elections, Western countries put pressure of the ACUM bloc as the latter so far had refused to form a coalition either with the Socialist Party or with Plahotniuc. After European and U.S. envoys paid visits to Chisinau, the pro-Western ACUM bloc sought to suggest the socialists a power-sharing agreement. The latter was in no rush to accept the offer, viewing it as an argument in secret talks held with the PDM party. But Dodon fell into a trap set by Plahotniuc, who happens to have some experience in this game. From the leaked video, recorded by people belonging to the tycoon’s inner circle and with which the president only brought shame to himself, it became clear how significant role Russia has played in Moldova’s domestic affairs.

Dodon demanded that his party take control over most important ministerial posts and revealed that his party was receiving monthly payments from Russia in the amount of $600,000–700,000. Also, Moldova’s pro-Russian president said that Moscow wants to be a party in the PDM-PSRM deal. A secret agreement was signed in the presence of the Russian ambassador in Moldova, which would include the federalization of Moldova. Instead, it provided for formally restoring supremacy over the breakaway region of Transnistria under yet de facto making Moldova reliant on the Kremlin. Plahotniuc refused and his Democratic Party intended to use the video footage in their campaign before snap elections to accuse Dodon and his party of “treason.” All this influenced the president’s immediate decision, as a result of which the ACUM and PSRM finally reached a coalition agreement, forming a new government. But the Constitutional Court, a body controlled by the oligarch, declared their decision illegal, suspending Dodon and giving interim head of state functions to PDM prime minister Pavel Filip.

In consequences, two political blocs are now fighting for power in Moldova, running the risk of riots. Led by Maia Sandu, the ACUM-PSRM government was backed by the United States, the European Union and Russia but its rival received support from power structures, the Constitutional Court and Plahotniuc’s media. Moscow is declaring its support for the new government even though the latter is dominated by the pro-EU ACUM bloc. And Moldova is where the Kremlin hopes to start its long-term game. After Plahotniuc is taken out of the game, the country will still need to face early elections. When his Democratic Party gets weaker, the Party of Socialists is more likely to increase the number of seats in the parliament while gaining a domination position in the government or maybe also a fully independent government. Added to that the pro-Russian president, Moldova will swiftly adhere to the Russian sphere of influence. But were Brussels and Washington conscious of this fact while deciding to enter into a tactical alliance with the local pro-Kremlin camp? Under the worst-case scenario, an inadequate system that manifests itself through establishing a country controlled by a tycoon who refuses reforms yet declares pro-Western views will eventually give way to a pro-Russian and federalized state of Moldova. This threat was already eyed by Bucharest and Kiev, as exemplified by the stance adopted by these two that consisted in refraining from backing Sandu’s government and opting for snap elections instead. If Russia seized control over Russia, this would put Ukraine in danger.