Zelensky’s Presidency: The End of the Honeymoon

Recent polls indicate that October marks the beginning of an inevitable decline in ratings for Volodymyr Zelensky. Although the decline is perhaps not as significant as that of the government or the parliament, both of which form the governing presidential camp, that is only because Zelensky has the ability to distance his office from other authorities. If, by the end of the year, the president does not have solid achievements in his résumé, be it in foreign (the Donbass) or social policy, the decline in popularity will become more and more drastic. All the more so because Zelensky has no alibi for not fulfilling his election promises: no other Ukrainian president has ever had such comfort of governing the nation. First of all, Zelensky received massive public support right at the start of his presidency, and second of all, his party, Servant of the People, completely dominated the parliament. 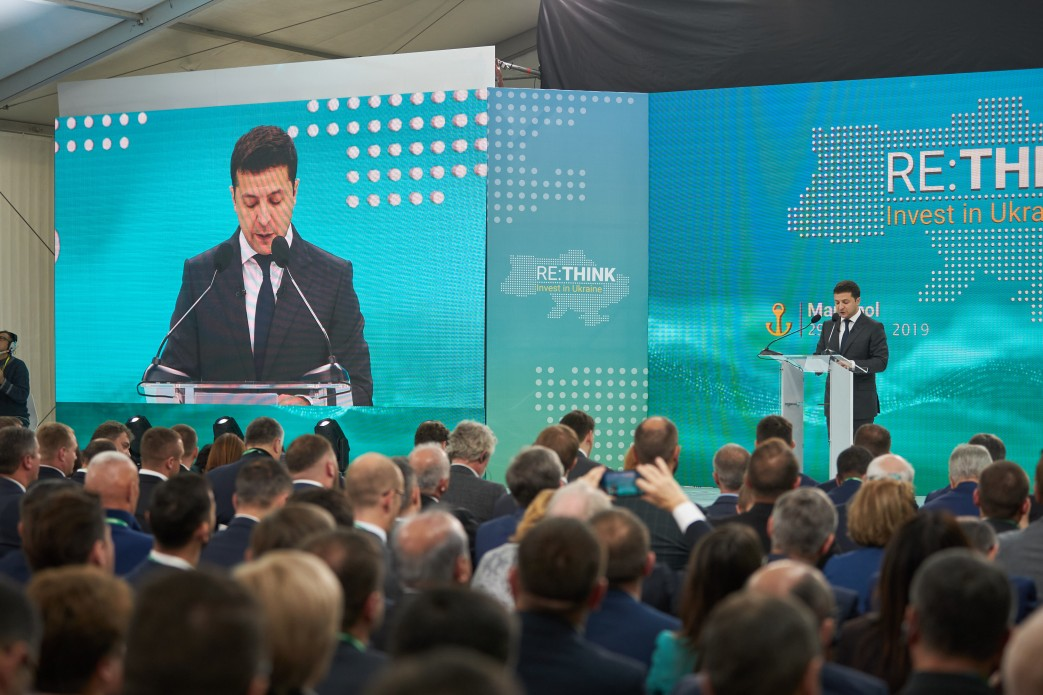 A poll conducted by the Razumkov Analytical Centre at the beginning of October shows that, five months after assuming office, 70.5% of Ukrainians trust in Zelensky. The survey was carried out right after it was announced that the authorities in Kyiv had agreed to adopt the so-called “Steinmeier formula” to resolve the conflict in the Donbass. It should be noted that the opposition along with some citizens considered it as a step towards Ukraine’s surrender to Russia. What is interesting, however, a later poll conducted by the same research centre – after more details on the so-called “Steinmeier formula” and the potential outcomes of its implementation emerged – revealed that up to 56% of respondents are against the granting of a special status to the Donbass in the Constitution of Ukraine (26% of respondents are in favour of the idea), which is, after all, one of the key elements of the so-called “Steinmeier formula”.

This shows that although Ukrainians expect Zelensky to bring peace to eastern Ukraine, it should not be achieved at all costs. Ukrainian policy towards Russia – actions that have come to a standstill after initial hopes for a breakthrough – undoubtedly affects the fact that the percentage of Ukrainians supporting the actions of President Volodymyr Zelensky has decreased from 73% in September to 66% in October, according to a poll conducted by the Kyiv International Institute of Sociology (KIIS). The prime minister’s ratings have also fallen. Meanwhile, Zelensky’s political opponents are gaining support. This means that larger cities, Kyiv, protesters on the streets of the capital and war veterans protesting in the Donbass region are not the only ones disappointed with the president. Zelensky’s opponents can therefore further sharpen anti-presidential rhetoric, seeing that it brings results. All this gradually limits Zelensky’s freedom of manoeuvre. On the one hand, potential further concessions to Moscow will only reinforce the message of “treason”, on the other hand, however, adopting a tougher strategy towards Russia will ultimately break Zelensky’s promises to bring lasting peace to the Donbass by the end of the year. On October 24, yet another research centre, the Sociological Group “RATING” published its report. According to the survey, the most trusted in Ukraine today are: volunteers (69%), veterans of the Donbass war (67%), the president (66%) and the army (65%). The scale of support for the veterans and the army should be alarming for Zelensky. As for the former, the president had an almost direct encounter with them in the town of Zolote on the borderline of the occupied territories (his behaviour towards the veterans was very badly received, seen by many as extremely arrogant), as for the latter, Zelensky has never really placed much emphasis on the armed forces, especially when compared to former Ukrainian President Petro Poroshenko. The October polls carried out by the three different research centres (including one with a rather obvious leaning towards Zelensky, the Razumkov Centre) suggest that although the president still enjoys widespread support, his popularity is starting to decline, indicating the end of the “honeymoon”, a period during which Zelensky received a very high level of public trust, so to speak, in advance. If he does not manage to record any major achievements by the end of the year, then the decline in ratings will become even more pronounced.