Phone call with the Kremlin. Putin-Zelensky 1:0

Even though the President of Russia has not congratulated the President of Ukraine on his victory in the elections, they had a contact for the first time. For now only via telephone. Earlier, the Kremlin was consistently rejecting contact with Petro Poroshenko. But Vladimir Putin spoke to Volodymyr Zelensky – underlying that Kiev initiated the conversation. Regardless of the topic of the talks and possible arrangements, this is Putin’s success. Especially, in the context of the recent events in Donbas where Ukrainian soldiers are being killed. This augurs badly for the future and may be the introduction to the “Surkov’s plan”. 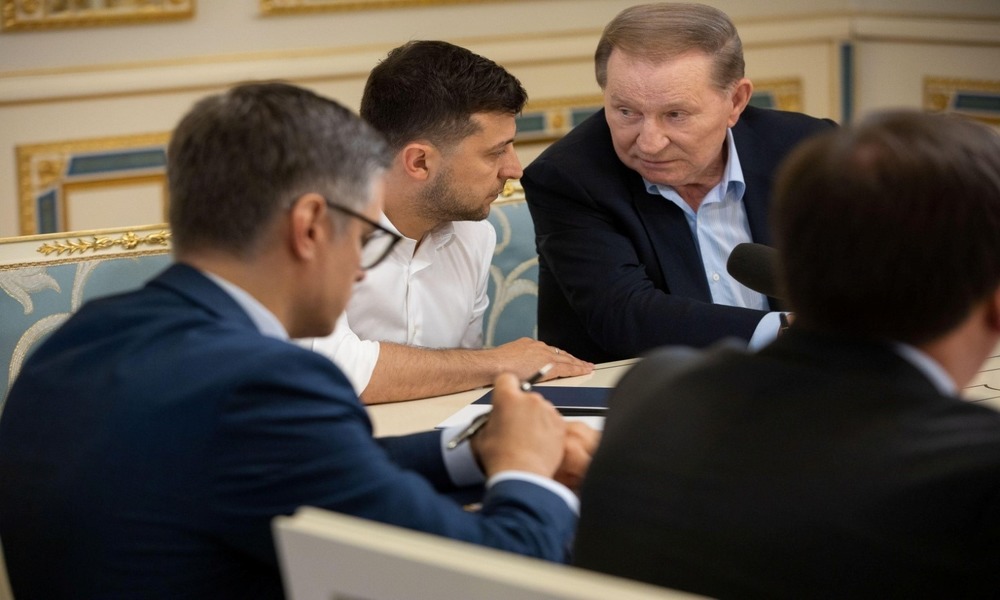 The phone call took place on July 11. Putin and Zelensky talked about many issues: settlement of the conflict in Donbas, the release of captives and Ukrainian sailors detained by Russians, the future of the Normandy format. According to the Kremlin, the conversation was initiated by Ukraine. What is important, Dmitry Peskov implied that these issues would be further discussed “at the expert level”. Therefore, this is a real beginning of a dialogue, not only a polite conversation. Putin had talked about the relations with Ukraine yet before the conversation with Zelensky during the press conference with the president of Bolivia, who visited Moscow. The Russian leader announced that he did not reject talks concerning Donbas in a new formula, but Moscow wanted to wait with final arrangements until the parliamentary elections in Ukraine and the formation of a new government. The Kremlin is clearly waiting for a good result of the pro-Russian camp – and considering the polls – the formation of a pact between the president’s party and the pro-Russian opposition. Of course, Russia is again imposing the narration. The Kremlin issued a statement about the content of negotiations 40 minutes before Ukraine. Additionally, there were leaks on the Internet that the first question of Zelensky was: when are you going to acknowledge the results of the elections and congratulate me? It puts Zelensky in a bad light as earlier he was stressing that he wanted to convince Putin to talk because he wanted the immediate release of the Ukrainian sailors.

The talk between Zelensky and Putin may trigger a sequence of events. At first, the captives and detainees will be exchanged. Moscow will release 24 sailors detained after the Kerch incident in November, but only after the conviction. Then, an exchange will be conducted – the question is who Moscow is going to demand in exchange? It is necessary to remember that many people convicted for espionage or diversion activities for Moscow and many separatists from Donbas are kept in Ukrainian prisons. Then, subsequent deescalating activities may be carried out, especially as Zelensky wants it to such extent that he is ready to make concessions. It is not surprising that the Kremlin hopes for the realisation of the “Surkov’s plan” which, in general, comes down to the formal return of Donbas under Kiev’s authority but with great autonomy of the region (and with Moscow’s control) which would have an influence on the politics of the whole Ukraine and, especially, lead to the cease of the integration with the West. At the same time, Moscow and European proponents of the normalisation of the relations with Russia will have a reason to abolish sanctions. This is why Putin answered the phone call from Zelensky.