Russian Response to the Sea Breeze Exercise: The Black Sea Fleet Goes Out to Sea

The Russian Federation has decided to showcase its naval power in the Black Sea. This is Russia’s response to the recent sea manoeuvres of Ukraine and its allies. Four days after the start of the Sea Breeze 2019 exercise, the Black Sea Fleet began its own exercises. Moscow does not pretend that this is closely connected with the recent activity of Ukrainian and Western ships in the Black Sea. Besides, even before that, the Russians had closed some of their water reservoirs. Moreover, a U.S. reconnaissance aircraft was recently intercepted by the Russian Naval Aviation. 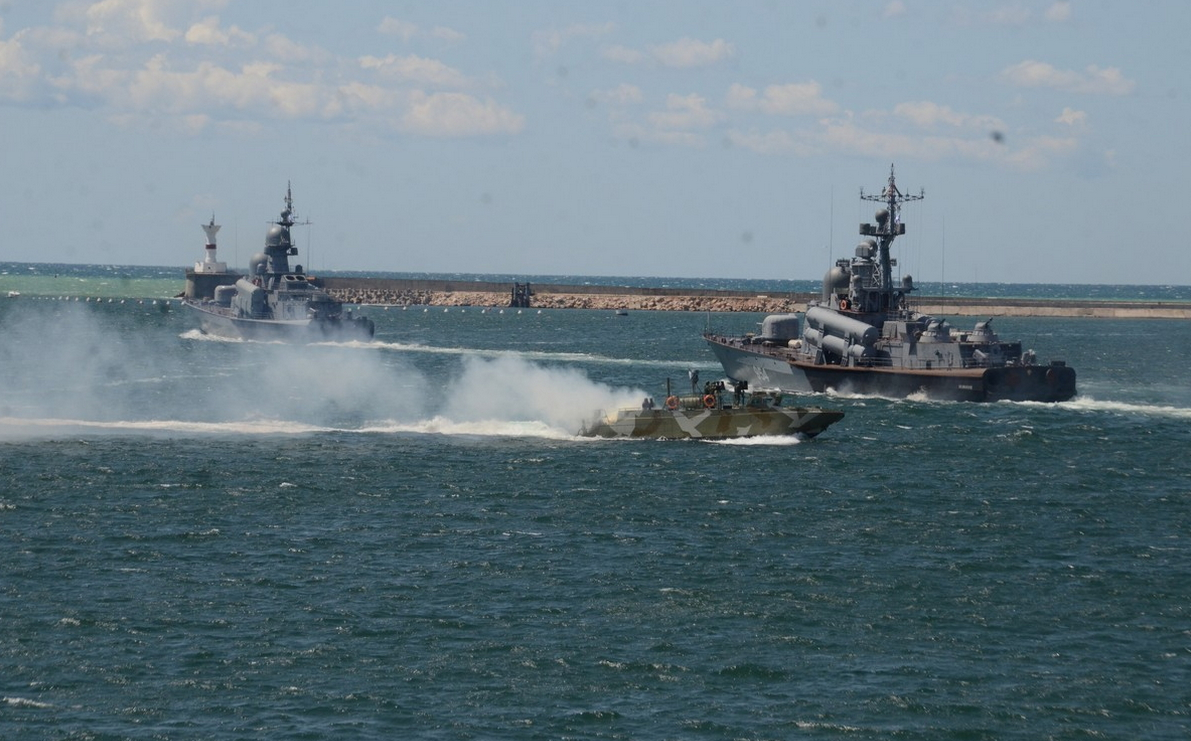 The Sea Breeze exercise has been held in Ukraine for over two decades and its main organisers are Ukraine and the United States. Every year, various NATO member states as well as countries belonging to the Partnership for Peace are also invited to take part in the military drills. This year, the exercise started on July 1 and will end on July 12. Around 30 ships, 30 aircraft and helicopters and over 900 soldiers are participating in the exercise. The following countries are taking part in the naval drills: Ukraine, the United States, the United Kingdom, Canada, Turkey, Poland, Romania, Moldova and the Republic of Georgia. There are two U.S. Navy’s units which are taking part in the naval training: the USS Carney, a destroyer equipped with Tomahawk cruise missiles, and the USNS Yuma, an expeditionary fast transport ship. This year’s edition of the exercise is taking place both at sea and on land in the western part of the Black Sea in the Oblasts of Odessa, Mykolaiv and Kherson.

Before the Sea Breeze 2019 exercise started, Russia had closed some of its water areas in the Black Sea. However, this is not the only Moscow’s action aimed at hindering the participants from conducting the exercise. The Kasimov small antisubmarine ship and the Pytlivyy guided missile frigate are following the movements of two ships belonging to the United Kingdom and Canada, which entered the Black Sea waters on July 2. The Black Sea Fleet Naval Air Force together with the Bal and Bastion-P anti-ship coastal defence missile systems are operating in specially designated areas. It seems that this increased readiness is probably the result of an incident which was reported by the Russian Ministry of Defence in the morning of July 5. A Russian Sukhoi Su-27 fighter jet forced a U.S Boeing P-8 Poseidon maritime reconnaissance and patrol aircraft used for detecting submarines which at the time was flying very close to the southern borders of Russia to retreat. On the very same day, the ships of the Black Sea Fleet began combat readiness exercises. One of the tasks of the fleet is to control the activities of NATO ships in the north-western part of the Black Sea. The final phase of the exercise includes the practice of missile and artillery shootings at maritime and air targets on training grounds. Around ten units of the Black Sea Fleet are taking part in the exercise, including the Azov and the Caesar Kunikov large landing ships and the Orekhovo-Zuyevo and the Mirazh guided missile corvettes.