Over 7-8 October 2019, the fourth edition of “Congress 590” took place in Jasionka, near Rzeszów. It is the largest event in Poland devoted to economic development, and since its very beginning has been supported by the Warsaw Institute and the Warsaw Institute Review. On this occasion, we appeared as content and media partners. 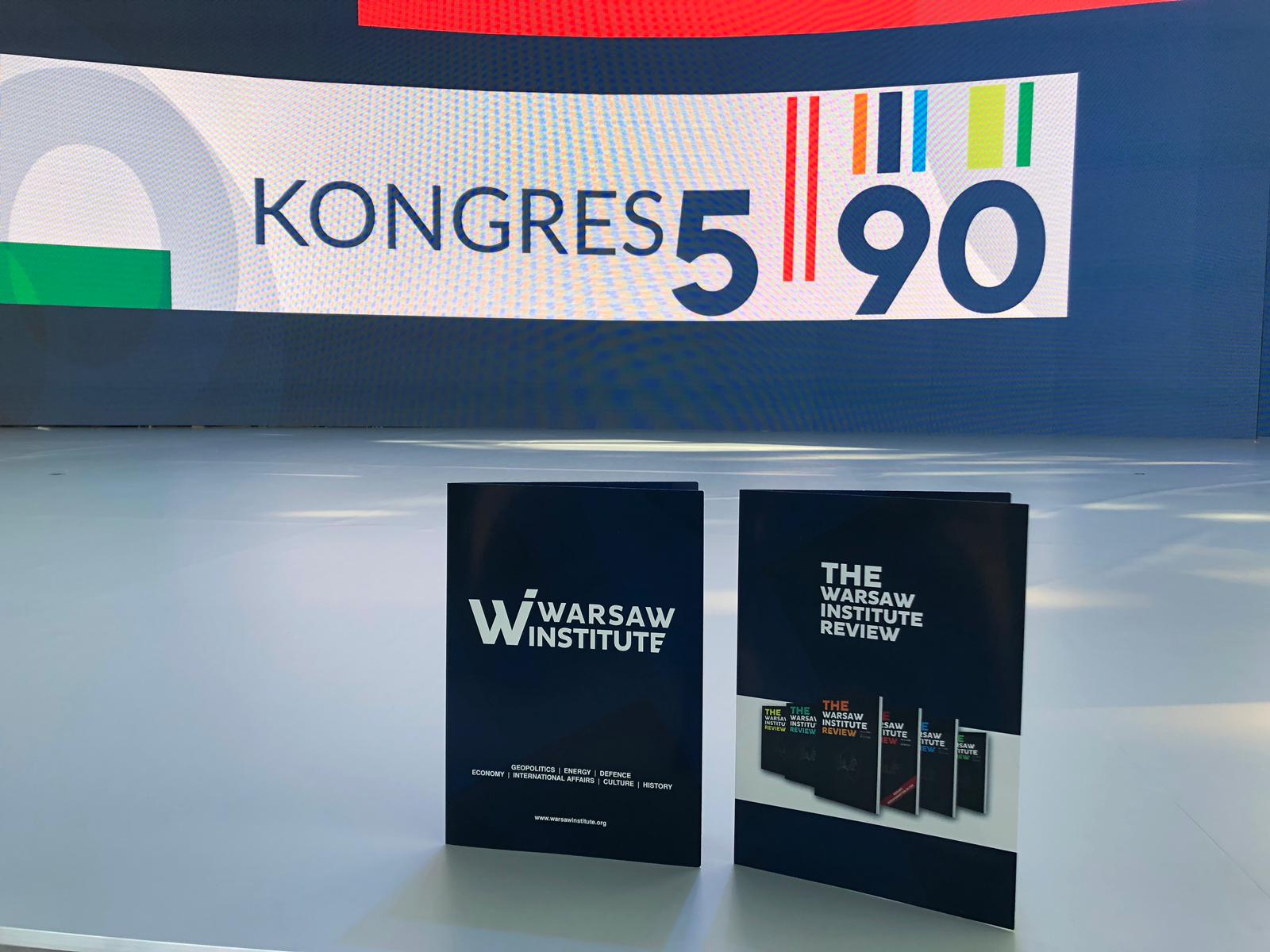 Congress 590 is a cyclical event, gathering the most influential economic and scientific entities as well as representatives of government administration.

The main postulation of the Congress is the creation of a platform for the exchange of experiences and discussions pertaining to the economic growth of Poland.

Both the name of the Congress and its place are not accidental. Władysław Ortyl, the Marshall of the Podkarpackie Voivodeship in his opening speech, recalled that the number “590” signifies the classification of products of Polish origin. On the other hand, the Podkarpackie Voivodship was chosen as the conference venue due to the previous wrongful omission of Eastern Poland in the mainstream decision making. As explained by Marshal Ortyl, the situation has changed dramatically in recent years, also due to the intensive development of the region. Alongside the Aviation Valley (Dolina Lotnicza), which is renown all over the country, it is currently difficult to find a car on Polish roads whose parts would not have been manufactured in the Podkarpackie Voivodeship.

Among the distinguished guests of the event, the President of the Republic of Poland, Mr. Andrzej Duda, took the “Congress 590” honorary patronage. As the President emphasised, initiatives developing the Polish economy, and thus raising the standard of living of the average citizen, ought to be supported and reinforced. Furthermore, the task of the state remains to create the right conditions for the development of Polish enterprises – including, as President Duda pointed out to the VIA BALTICA and VIA KARPATIA construction projects – which will allow the strengthening of the Polish transport infrastructure, and thus the solidification of cooperation with neighbouring countries. Poland – as the President added – has the determination and ambition to be in the honourable group of the 20 most developed countries in the world.