Ulyukayev’s Trial. Why Does Sechin Avoid the Court?

Igor Sechin failed to show up as a witness at the bribery trial of a former Russian economy minister, Alexey Ulyukayev. Such a situation appeared for the fourth time. Sechin’s attitude makes the trial ridiculous, which increases Ulyukayev’s chances to get a favorable sentence. Ulyukayev was accused of accepting the bribe and this charge is based only on Sechin’s testimony, as Rosneft’s chief is the key witness in the trial. In the meantime, Russian media have published some leaked investigation material which presented Sechin in a negative light and which may possibly mean that he would avoid personal appearance, testimony and confrontation with the defendant. At this point, it seems that Sechin can get into serious troubles. Instead, he prefers to expose himself to criticism and a sentence that would be favourable for Ulyukayev than to risk disgrace in the courtroom. 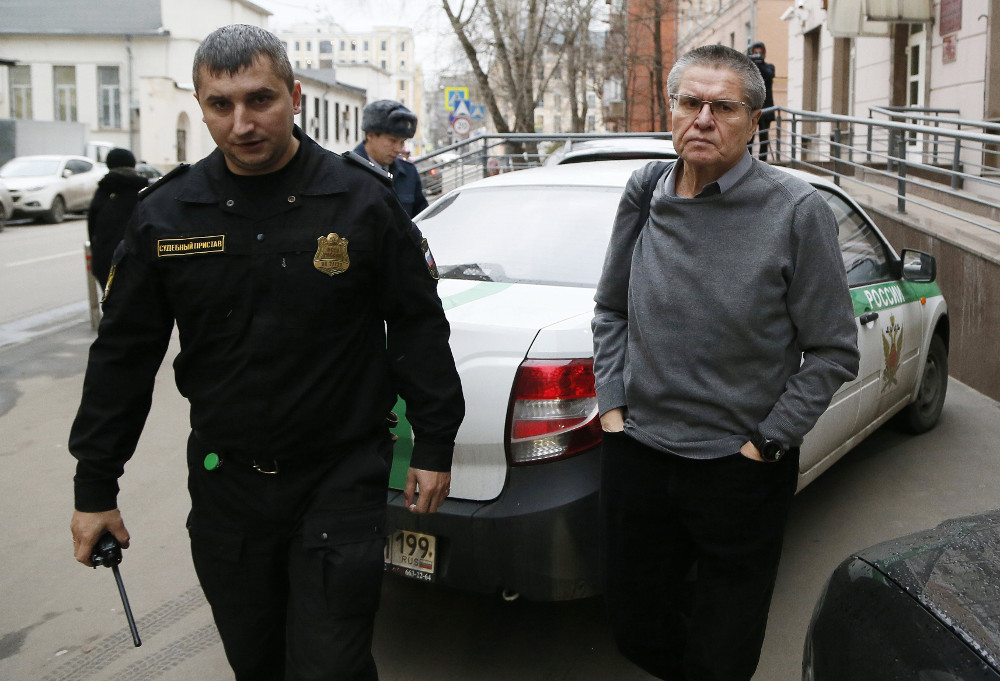 Ulyukayev was speaking at a November 27 hearing; he was charged with extorting $2 million from Sechin in exchange for government approval of Rosneft’s acquisition of Bashneft, a regional oil company. Ulyukayev was arrested on November 14, 2016 in Sechin’s office while, according to the accusation, he was accepting a bribe. The former minister pleaded not guilty, claiming that he was convinced that he had believed the bag contained bottles of wine, which had been promised to him by Sechin. He has said the case against him was a provocation perpetrated by Sechin and his allies in the Federal Security Service (FSB).

Sechin, who has been summoned four times to testify at Ulyukayev’s trial, did not show up during the hearings. This time, he declared not being able to testify due to his business trip to Italy. Previously, that is on November 22, he missed another hearing due to a meeting with Russia’s Prime Minister, Dmitri Medvedev. Instead, Sechin’s attorney read out a statement suggesting that the protocols from the oil company chief’s earlier interviews with the investigators could possibly be read in court as his testimony.  Because Sechin has such a tight schedule that he will not be able to testify in the court until the end of the year. However, the court rejected this idea.

Sechin’s reluctance to personal testimony in court may result from the fact that the official indictment, based solely on his own words, has begun to collapse in the face of subsequent leaks to the media. Recently, the BBC reported that it had entered into possession of copies of the protocols from three interviews that have been conducted between Sechin and investigators and that concerned Ulyukayev’s case. According to the documents revealed by the BBC, Sechin was questioned on November 15, 2016, as well as on January 17 and May 31 this year. Rosneft’s chief allegedly said that Ulyukayev had demanded a $2 million bribe during an informal talk in the Indian city of Goa where both men were members of the Russian delegation to the BRICS summit in October 2016. The problem is that no one is able to confirm Sechin’s version since he was the only one to know about Ulyukayev’s corrupt proposal. In addition, Sechin testified that it was Ulyukayev who had called him and asked to meet at the Rosneft office on November 14, 2016. Such a state of affairs is not compliant to a conversation recording that has recently leaked to the media. It can be heard that Sechin invited Ulyukayev to his place. During this meeting, the former minister was arrested.

These problems along with some other gaps and contradictions in the accusation based solely on the assertions of one man could be revealed by Ulyukayev’s defense. That is why Sechin avoid the courtroom. However, for him, it has become an increasingly important political burden. There is no doubt that Sechin’s enemies, who are the authors of the aforementioned leaks to the media, will aim to use his fragile situation.  The case of the key figure in the anti-ministerial operation, that is General Oleg Feoktistov and Sechin’s right-hand man in Lubyanka, shows that Ulyukayev’s trial may be a serious problem for Rosneft’s chief.