Ulyukayev’s Trial and Purges in the FSB

The trial of Alexey Ulyukayev, former economy minister, is coming to an end. It is the same trial that has already severely damaged the political position of Igor Sechin, the key witness, who had refused several times to testify in court. However, the main victim of the case is the former general of the Federal Security Service of the Russian Federation (FSB), Oleg Feoktistov. The purpose of the provocation against the minister was to grant him a strong position in Lubyanka. However, it seems that it will constitute a serious problem for Sechin’s spetsnaz, the FSB group that used to be very powerful not so long time ago. 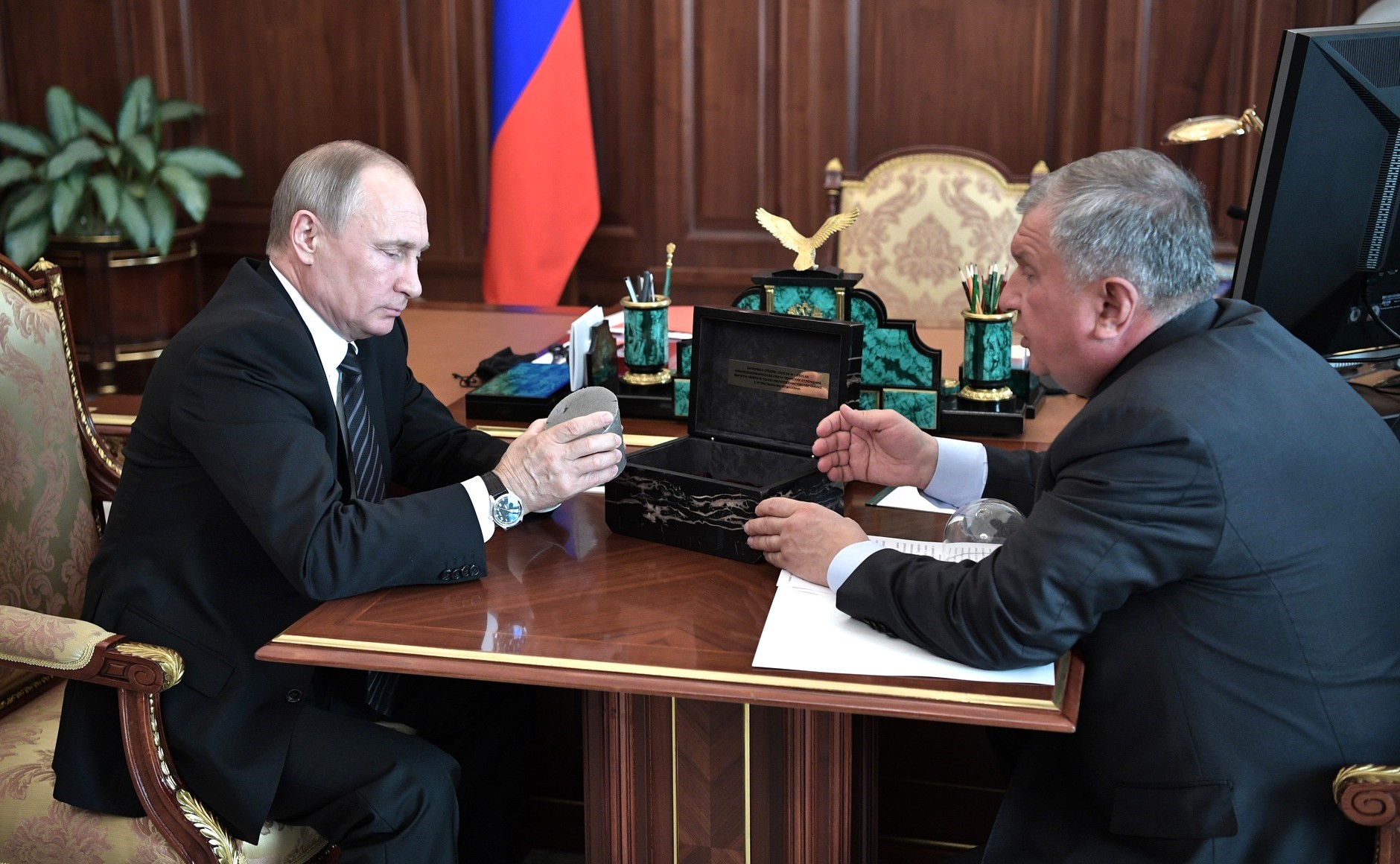 In December, a verdict will be delivered in Ulyukayev bribery trial; the former economy minister was accused of extorting a bribe. On December 4, the prosecutor demanded for him ten years of penal colony, deprivation of all his degrees and prizes, and a fine of 500 million rubles (five times the sum of the alleged bribe). However, during the trial, there was neither Sechin’s oral or written testimony even if state oil company chief is considered as the key witness and the main victim (READ MORE). In this situation, Ulyukayev’s guilt should be testified by the former head of the Rosneft security service, Oleg Feoktistov. Moreover, the prosecutor quite selectively used the testimonies of the retired FSB general in his last speech, omitting inconvenient fragments, such as the lack of response to the question of defense, who was the mysterious “investor” who had given Feoktistov 2 million dollars needed for provocation.

The success of the operation against the minister, prepared by Feoktistov and his protector Sechin in autumn 2016, would allow the former to return in glory to Lubyanka he had had to leave in the summer of 2016. Eventually, he was hired by Rosneft’s head. Both Sechin and Feoktistov have known each other since the late 1990s. It was the time Sechin was the deputy prime minister responsible for the power structures and Feoktistov established the 6th FSB’s Interior Security Department. It was supposed to deal with the most serious issues and to work out top officials. It soon became the backbone of an informal group called the “Sechin’s spetsnaz” – it also included employees of other force institutions (Ministry of the Interior and Investigative Committee), as well as state-owned corporations. The 6th Interior Security Department was also responsible for all high-profile cases of the last decade (until mid-2016): the governor of the Sakhalin Oblast, Aleksander Khoroshavin, the leader of the Komi Republic, Vyacheslav Gaizer, and the governor of the Kirov Oblast, Nikita Belykh. In addition, the FSB department managed to imprison almost all of the leaders of the Interior Ministry’s Department for Combating Economic Crimes. But in August 2016, Feoktistov, who was supposed to be promoted, lost his important position in the FSB. According to one of the versions, his department crossed the red line when it had targeted Russia’s Federal Customs Service chief, Andrei Belyaninov. It was also possible that the general had been removed by his supervisor. FSB head Alexander Bortnikov, who worried about his position, was said to provide Putin with a list of charges against Feoktistov. It was so serious that even Sechin did not manage to save his protégé.

When Feoktistov left, “Sechin’s spetsnaz” began to scatter. Many of his men lost their jobs in the FSB structures. Others went to the Department K, headed by former Feoktistov companion, Ivan Tkachev. But his position is also becoming weaker. In order to hold his duties he should have a general rank whereas he is still only a colonel. As a general, he is likely to be out of office work and thus there will a vacancy in the Department K, which means the liquidation of Feoktistov’s last influences in Lubyanka. Also, in July 2016, a high-rank officer of the Investigative Committee in Moscow, Alexei Kramarenko, who had also belonged to the group of Feoktistov’s associates, lost his position. In March 2017, it turned out that he had been employed in Rosneft legal department.

Some of the general’s people were taken into custody, including the head of the Investigative Committee Bureau of Internal Affairs Mikhail Maksimenko. The man, along with his deputy Alexander Lamonov and an officer of Investigative Committee of the Russian Federation Denis Nikandrov were suspected of accepting a bribe from Shakro Molodoy (Zakhar Kalashov). Also Major General Denis Nikandrov has belonged to the Feoktistov group. He was the one who conducted the investigations on the basis of operational materials provided by the 6th Interior Security Department. What makes the matters worse for Feoktistov, investigators are reportedly trying to force the detainees to testify against him.

The aim of provocation against Ulyukayev was to give Feoktistov the way back to Lubyanka.  However, the result was quite opposite. In March 2017, Sechin announced that his subordinate had “got back to his responsibilities”. However, he never did. Since that time, Feoktistov had been unemployed. It was only recently that he received a position of the adviser for staff of head of the bank, which eventually went bankrupt, and it is currently undergoing recovery procedures under the control of the Russian Regional Development Bank, which belongs to Rosneft. The verdict delivered in Ulyukayev’s trial may not be satisfactory for Feoktistov and Sechin. Eventually, Ulyukayev may be given a deferred sentence or he may be imprisoned only for a short time (as the time he has spent under house arrest will be included).