Russia has been expanding its military capabilities in the Arctic for several years. In December, it will be three years since the Arctic Joint Strategic Command was established on the basis of the Northern Fleet; more military bases are being built in northern Russia, new weapons are being transported there and more and more drills are taking place. According to Moscow, such a state of matters is due to the defence of the coast and the Northern Sea Route; in fact, it is all about the control over the rich oil and gas deposits and the threat to the American and Canadian military routes to Europe. This eventually triggered a response from NATO. 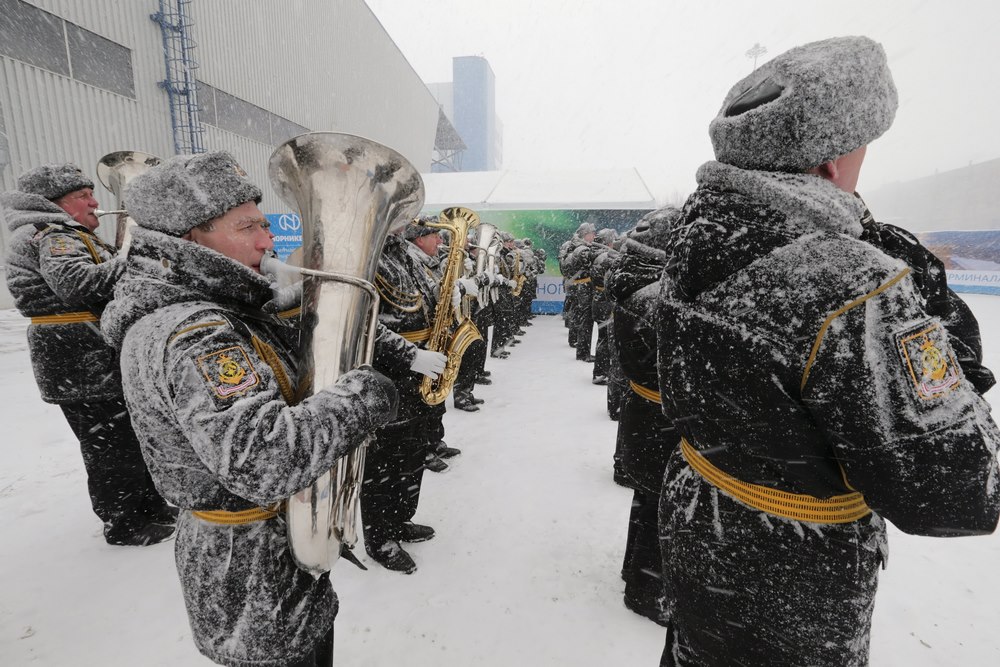 In December 2017, it will be three years since the creation of the Arctic Joint Strategic Command; the new entity was established on the basis of the Northern Fleet and it consists of a strategic grouping of various types of armies whose aim will be to protect Russia’s national interests in the Arctic. The Northern Fleet is the only and the most powerful formation of the Russian military fleet, which has the status of a military district. Within its zone of responsibility, there are four Russian entities, the air space, the Arctic Ocean and the northern coast of Russia from the Norwegian border to the Laptev Sea. Ultimately, the Arctic Joint Strategic Command is supposed to have six new bases, four brigades, fourteen airports, sixteen deep-water harbours and fifty icebreakers. Most of the infrastructure is supposed to be reconstructed on an old basis from the Cold War period. However, some of them will be completely new. Russia also deployed two S-400 long-range air defense systems in the Arctic; one in the western part (Novaya Zemlya) whereas the other in the east (Tiksi in Yakutia). The North Fleet command have assured that the Arctic bases were able to operate autonomously from a year to year and a half without any need to replenish supplies. According to Vice Admiral Nikolay Yevmenov, there are plans to implement a system of surface and underwater surveillance of the Northern Sea Route and a complete control of the air space over the Russian Arctic zone. Thanks to the route, the time of sea travel from Europe to Japan and China can be shortened by one fifth and that is the main reason for increasing Russia’s military presence in the Arctic. However, that is only the official reason. In fact, Moscow is preparing another confrontation with NATO.

Russia has intensified its naval patrols in the Baltic Sea, the Northern Atlantic and the Arctic – to the extent that they consider a threat to the traditional routes connecting NATO allies on both sides of the ocean. NATO has reacted only recently – during Defence Ministers Meeting in Brussels, it was decided to set up the Atlantic Command that will protect the routes between the United States and Europe in the northern Atlantic. The maritime zone between Greenland, Iceland and the United Kingdom constitutes NATO’s soft underbelly in the event of war. Thus, it needs better protection and surveillance after many years of neglect (the Atlantic Command from the Cold War period was liquidated in 2002). In February, the decision on an exact location of the new command will be taken. Potential locations include Portugal, Spain, France and the United States.