Moscow’s decision to withdraw from a Ukrainian-Russian ceasefire control group, along with the intensified attack on Ukrainian positions conducted by the Russians supported by pro-Russian rebels, does not mean that any other large-scale fights will occur in the region. These are only Moscow’s tactical movements, which are supposed to constitute some arguments in the ongoing negotiations on the various diplomatic fields regarding the introduction of international UN peacekeeping forces in the Donbass. 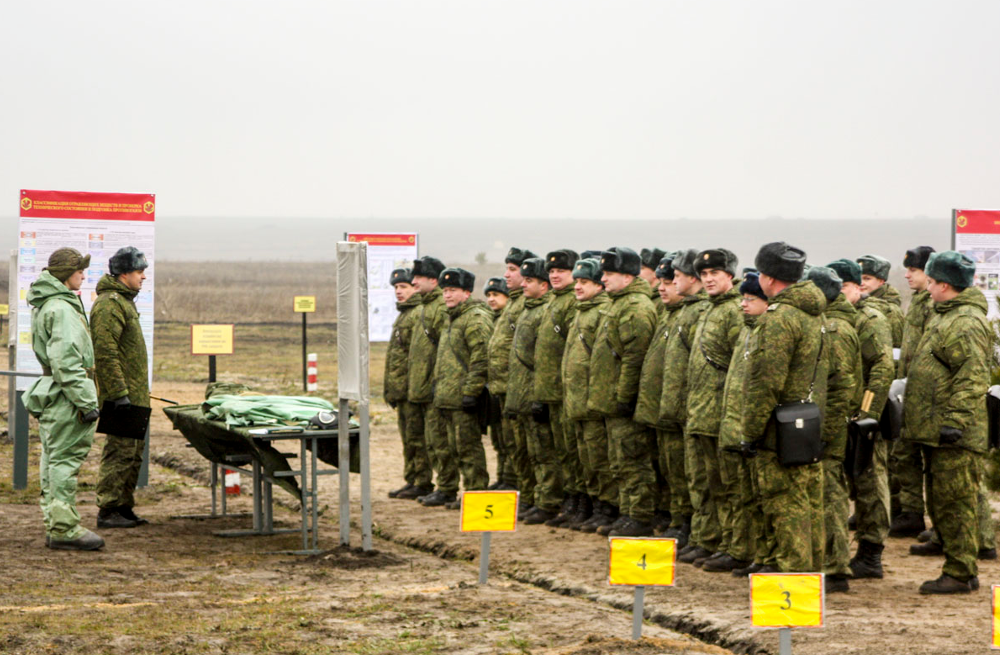 Source: Ministry of Defense of the Russian Federation

Created in 2014, the Joint Centre for Control and Coordination (JCCC) has been operating in the city of Soledar in the Donetsk region, near the boundary between the territories remaining under Kiev’s authority and those controlled by the pro-Russian regimes of the so-called “people’s republics” in Donetsk and Luhansk. The JCCC is made up of Ukrainian and Russian officers. Its main task is to help implement the Minsk ceasefire, especially in the front line.

On December 7, during the 24th OSCE Ministerial Council in Vienna, Sergey Lavrov announced that, due to the “unbearable conditions” the Russians had to struggle with while working within the framework of the JCCC, Moscow might completely withdraw from the initiative. Later, Russia gave some other warnings and, finally, during the annual conference held on December 14, Putin admitted that Ukraine had no intention of implementing the Minsk agreements. Four days later, Russia’s Ministry of Foreign Affairs announced that the country was going to withdraw from the JCCC. The reason is that the Ukrainians prevent Russian officers from performing their tasks that normally should be executed by the Centre. According to the Ukrainian authorities, it was just “another provocation”. Thus, this is another attempt to force Kiev and Ukraine’s international partners to launch a “direct dialogue” with the rebels. The day after Moscow’s decision had been announced, the press service of the “people’s militia” of the so-called Luhansk People’s Republic declared that some representatives of the “LPR” had joined the JCCC structures.

Moscow’s decision becomes also a key part of the operation initiated in September for the introduction of a UN peacekeeping in the Donbass on the Russian terms. The Russians are deliberately escalating the tension in Donbass so as to demonstrate the need for the UN Security Council to adopt an appropriate resolution as soon as possible. Such is also the aim of more intensified Russian attack on Ukrainian positions (also with the use of rocket weapons), which has already reached the highest level since February 2017. Its aim is to put pressure on the Western countries, for which the most important thing is to avoid starting another war in the Donbass region. Recent aggressive actions may also be related to the Kremlin’s conviction that it may be better to use a deepening political crisis (including Saakashvili’s issue and the conflict related to the anti-corruption organizations).