Russia has recently conducted annual exercises of its strategic nuclear forces. The drills took place at night, which was a novelty in comparison to their previous editions. Also the personal involvement of Vladimir Putin attracts attention of the international public since this year’s exercises involving the nuclear triad are part of a campaign whose aim is to fuel tensions and accusations against NATO; according to Russia, members of the North Atlantic Treaty have reinforced the armed forces on the Alliance’s eastern flank. 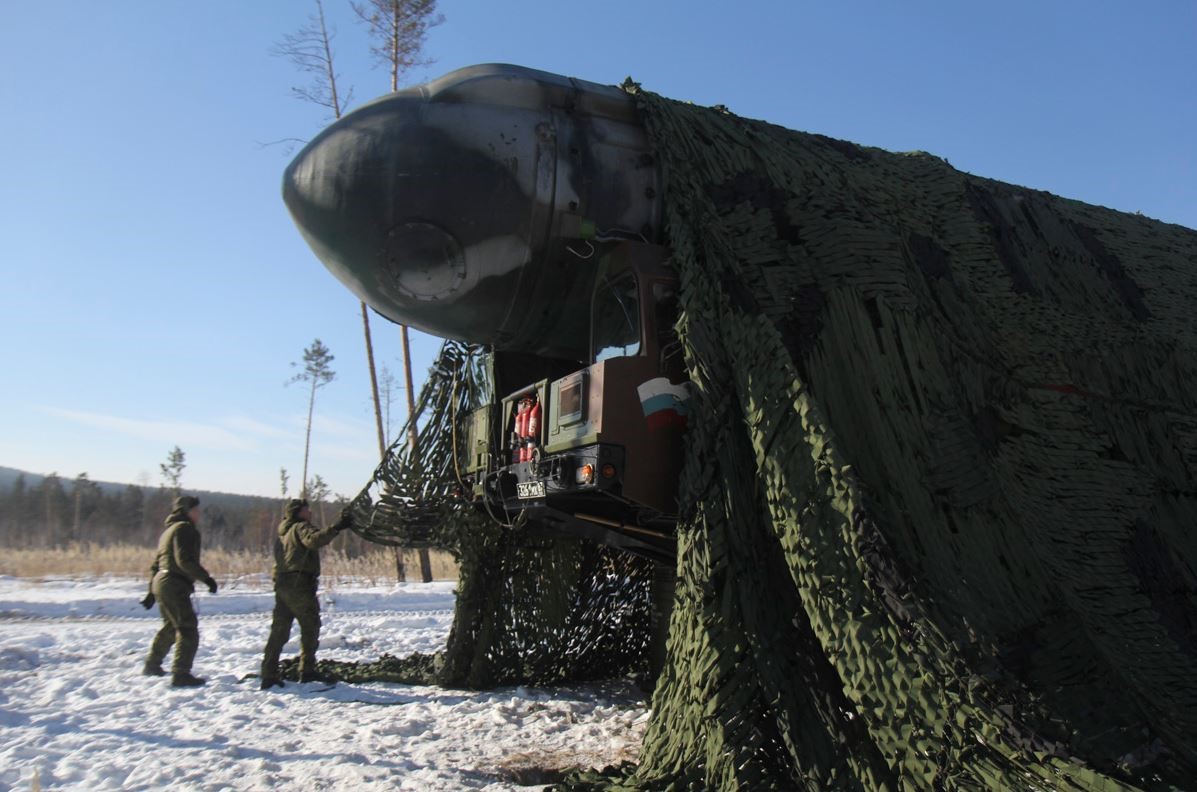 According to the official data provided by Moscow to the United States, on September 1, 2017, the Russian nuclear arsenal consisted of 1561 armed warheads, 501 deployed launchers whereas the total number was estimated for 790 items. All the arms were used within the framework of the New START treaty. The Strategic Missile Troops, essential component of Russia’s land forces, have at their disposal about 290 intercontinental ballistic missiles (ICBMs). The launch of one of them constituted a part of the late-night drills conducted on October 26 within the framework of annual strategic exercises.

For the first time in their history, the tests took place at night. Their main aim was to test command and control procedures of the so-called nuclear triad. Among the units engaged in the drills, there were the aforementioned Strategic Missile Troops (land component), submarines of the Northern Fleet and the Pacific Fleet (marine component) and bombers of the Aero-Cosmic Forces (air component). President Vladimir Putin participated in the drills and personally fired four ballistic missiles. One of the Topol intercontinental ballistic missiles (NATO reporting name: SS-25) was launched from the Plesetsk spaceport. The rocket hit the target at the Kura proving ground. In addition, three SLBMs, that is the submarine-launched ballistic missiles, were fired from submarines. Among them, there were two R-292 rockets fired from the Pacific Fleet’s Delta III submarine in the Sea of Okhotsk and hit targets at a testing range in the Arkhangelsk region. A R-29RM Sineva was launched by the Northern’s Fleet’s Delta IV vessel located in the Barents Sea and hit at the Kura proving ground in Kamchatka Krai. Additionally, long-range bombers Tupolev-160, Tupolev-95MS and Tupolev-22M3, taking from the military bases of at Ukrainka, Engels and Shaikovka, fired Ch-55/55SM and/or Ch-102 missiles directed in targets located at the proving grounds in Kura (Kamchatka Krai), Pemboi (the Komi Republic) and Terekta (Kazakhstan).

On October 27, the Kremlin spokesman, Dmitry Peskov assured that the nuclear drills were not connected with any international event. Such a denial only confirms that Moscow’s aim was completely different; Russia will try once again to frighten the West with the nuclear weapon, which raises the most serious concerns. It is not a coincidence that the day after the drills started, Russia’s Defence Minister, Sergei Shoygu, said during a ministry meeting that the military and political situation by the western borders of Russia was unease and further tension could possibly escalate in the future. In response to the increased capabilities of NATO in Poland and the Baltic States and to the intensification of the Alliance’s drills, Russia’s reaction will consists of further strengthening of its military potential in the western strategic direction. Shoygu has already announced that units of the Western Military District would be given over 1,800 new and upgraded weapons and equipment by the end of this year.