As predicted, Vladimir Putin finally announced that he would run for office next year. And it is obvious that he will win the election. However, there are two questions. First of all, why did he announce that he had intended to remain in the Kremlin now and in such circumstances? Secondly, what will be the leitmotif of the campaign? 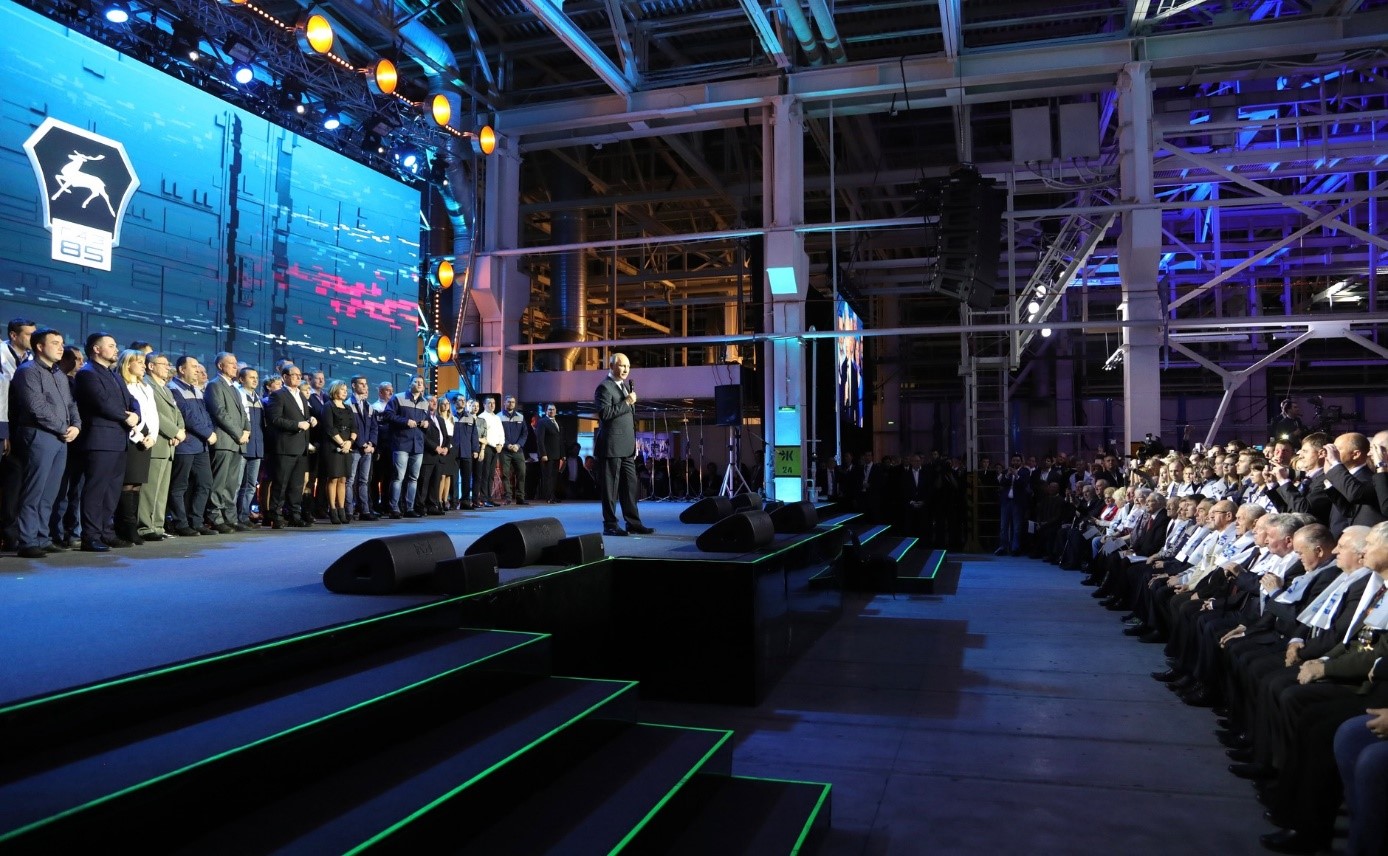 For a long time, it has been clear that the Kremlin had wanted Putin’s presidential campaign to be as short as possible. That is why its start was postponed, it was rumoured about Putin’s poor health and fatigue as well as it was discussed that someone else could possibly run for office, for example Russia’s Prime Minister Dmitry Medvedev. In such a way, Putin had been examining moods and loyalty of Russian elites rather than of the society. Finally, on December 6, he announced that he was standing for re-election as Russian president. His statement coincided with controversies after excluding Russia from the Olympic Games for doping allegations. The long-awaited declaration has covered the bad information. The circumstances of Putin’s statement are even more important. He could announce his readiness at the United Russia party congress scheduled on December 23 (as in 2011). He also could present his plans during a meeting of the All-Russia People’s Front. Instead of a political event, he preferred a well-organized meeting with the nation. That is why he agreed to run for office when asked by the people at the meeting with factory workers in Nizhny Novgorod. First of all, it will suggest that the long-contemplated scenario would be implemented and the president will run as a non-party candidate whereas, during his campaign, he will refer directly to the nation without mentioning any politicians and bureaucracy. In such a situation, United Russia may become a scapegoat, and Putin’s folk-conservative campaign creates an additional risk for Medvedev’s unpopular government. Ministers’ resignations can become a driving force behind the campaign or, later on, the start of a new term. The campaign will not be headed by anyone from the party but by someone from the Kremlin. Among possible candidates, two of them are mentioned: Putin’s chief of staff, Anton Vaino, and deputy chief of staff of the Presidential Administration of Russia, Sergey Kiriyenko. It needs to be added that Putin announced he was standing for re-election in the hometown of the latter.

The campaign was launched in the Soviet style. It was inaugurated among the workers of the great industry and not the youth with whom Putin had met a moment before. So, instead of a modern style, he opted for an industrial one. Such a state of affairs fits in with the Kremlin’s recent policy: confrontation policy with the West in the Cold War style, war campaigns policy (Ukraine and Syria) and in the light of some plans to militarize the economy. There is no doubt that Putin will be elected president. However, it is all about voter turnout and support for the favorite. If the result is known in advance, it will be needed to increase interest in the election itself. It will be difficult to mobilise the officials with some internal means, mostly due to the intensification of purges in the ruling elite on the pretext of fight against corruption. Thus, external confrontation seems to be the only idea. But in order to achieve so, Putin needs a large success. Recent events in Ukraine, which may diminish the support of the West for the current government in Kiev, suggest that Putin may want to boast of international success in the election campaign on this front.