Why Does Putin Need War Communism

Domestic war with the “whites”, military intervention of the Western states, war with Poland, economic crisis – once the Bolsheviks had come to power, they had to struggle for its maintenance for three year. It was possible also thanks to the introduction of the so-called military communism while all the country’s economy had to work for the armies of Lenin, Trotsky and others. The concept of Russia surrounded of all sides (including the fifth column in the country) appeared to be successful. Today, Vladimir Putin is trying to repeat this maneuver but, of course, with toutes proportions gardées. NATO and the United States are allegedly posing threat on Russia, whereas the country may be menaced with a “colorful revolution”. Thus, numerous war fights, state militarisation and tightening of internal repression have become a response to the situation. Now the Kremlin is pursuing to impose this direction on the entire economy. 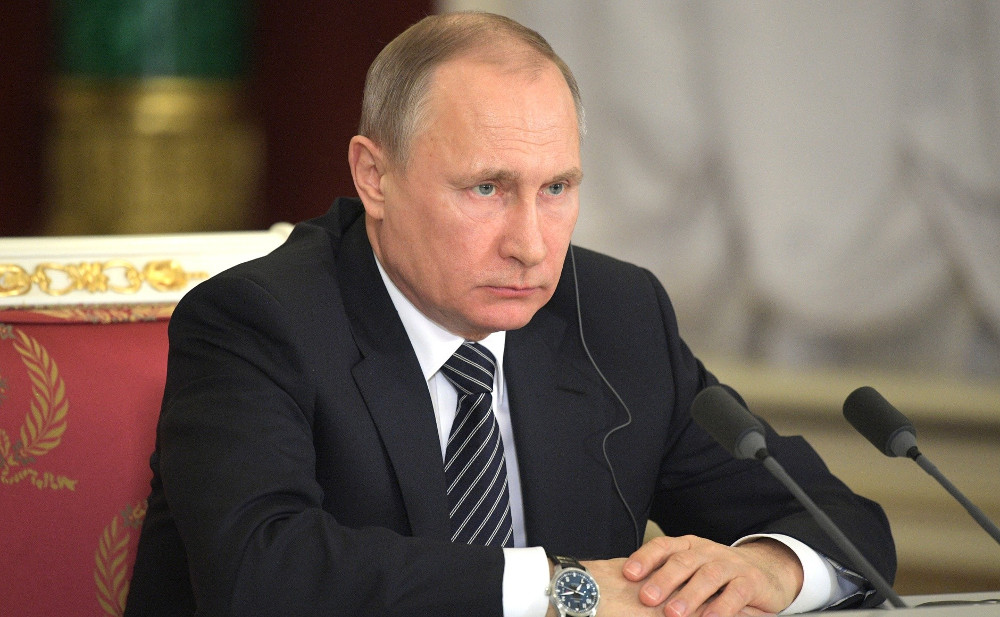 On November 22, during a meeting with the representatives of Russia’s Defence Ministry and of the arms industry, Putin pointed out that the Zapad 2017 drills had revealed some shortcomings in the equipment and that is why they should be “carefully examined”.

On the one hand, it is a biting remark addressed to Sergey Shoygu who, along with his generals, has expressed positive opinions about the exercises. It basically means that the minister will have another trouble. Some incidents that occurred during Zapad, the loss of high-rank officers in Syria, speaking publicly (in the regime-independent media) about instances of falsification of army and armament results of by generals and the ministers, a fake photo showing American help to the ISIS militant group in Syria (in fact, it was a video game footage) and corruption investigation – such situations have weakened the popular minister’s political position.

But, in addition to that, Putin said something more important while presenting his conclusions from the Zapad drills. So he had called on the Russian business to analyse whether it would be possible to transform civilian production into the military one in the event of armed conflict. He had added that “all strategic and large enterprises, regardless of the form of ownership” should be prepared for such a situation. Implementation of such a policy will be equivalent to the end of the market economy in Russia and the beginning of the war economy known from the Stalinist period. The economy’s priority, regardless of the sector and whether a given entreprise is owned by the state or by private investors, is to increase the country’s defence potential.

During his current presidential term, Putin had to make a choice between liberalisation, reforms, state modernization and tightening the screw, rise of authoritarianism, aggressive policy and repression. First, he made some selection the foreign policy as Russia had annexed Crimea, launched a war in the Donbass, sent troops so Syria and deteriorated its relations with the West. Also the internal affairs seem to follow similar pattern as a law targeting the opposition has been tightened, censorship has been increased and security and repression apparatus (the National Guard) have been expanded. That is why the economy brings some logical consequences of these actions which reflect the informal program of the siloviki camp. Since Putin rejected the proposals of liberal economists and ignored their warnings that, without any reforms, the Russian economy would be condemned to a long-term stagnation, now it needs to make a step forward. If the reforms and European evolutionary model do not appear to be successful, Russia has to opt for a revolution and a mobilisation model of development. Providing that the Kremlin seeks to keep pace with the modernization of the army and strengthen its capabilities, it needs to force enterprises to military production with the use of some non-economic methods. In addition, such a policy is reflected by the ideas discussed in the State Duma whose aims would to be to impose sanctions on businessmen who evade from processing defence orders.

Implementation of the so-called industrial mobilisation will result in huge disproportions in the economy whose model cannot be regarded as a prospective one and resistant to any difficulties (for instance, due to its dependence on hydrocarbon exports). Manual control over the economy will end up with a serious increase in corrupt practises. Russian businessmen would be more profitable to pay bribes to officials only to avoid forced defence orders. Even in such situations, namely once the corrupt money is paid, it will be more beneficial to produce good for civil purposes. As a result, military production will not grow at a rate that the Kremlin could expect (not to mention the quality of such “forced” products), and officials will get some unauthorised income. The economic downturn, resulting from the challenge which had been made to the USSR by Ronald Reagan and increasing drastically the pace of the arms race, was one of the main reasons for the economic and political collapse of the Soviet Union. If Putin seriously aims to reduce production of civilian products, since such is the main conclusion drawn from his words, it will affect the state of society and will lead to the deterioration of mood. Obviously, the response to the potential wave of protests and people’s dissatisfaction will be even stronger power apparatus directed not only to the outside but also to the inside. This increases the risk of a dramatic scenario and perhaps even the bloody fall of the regime, not the reforms and the “velvet” revolution.