Syrian War Is Not Over Yet

En route to Egypt, Vladimir Putin stopped in Syria where he declared victory against “terrorists” in Syria and announced a troop withdrawal. His statement constitutes a part of the presidential campaign that has already started, but, at the same time, Putin took advantage of minimising possible negative consequences of Russian military presence in Syria. However, the war in this country has not come to an end yet. It entered guerrilla phase. Moscow is now facing the difficult diplomatic task of converting military success into international one. In addition, there is a growing threat of terror attacks, which is particularly troublesome for the Kremlin before the upcoming presidential election. 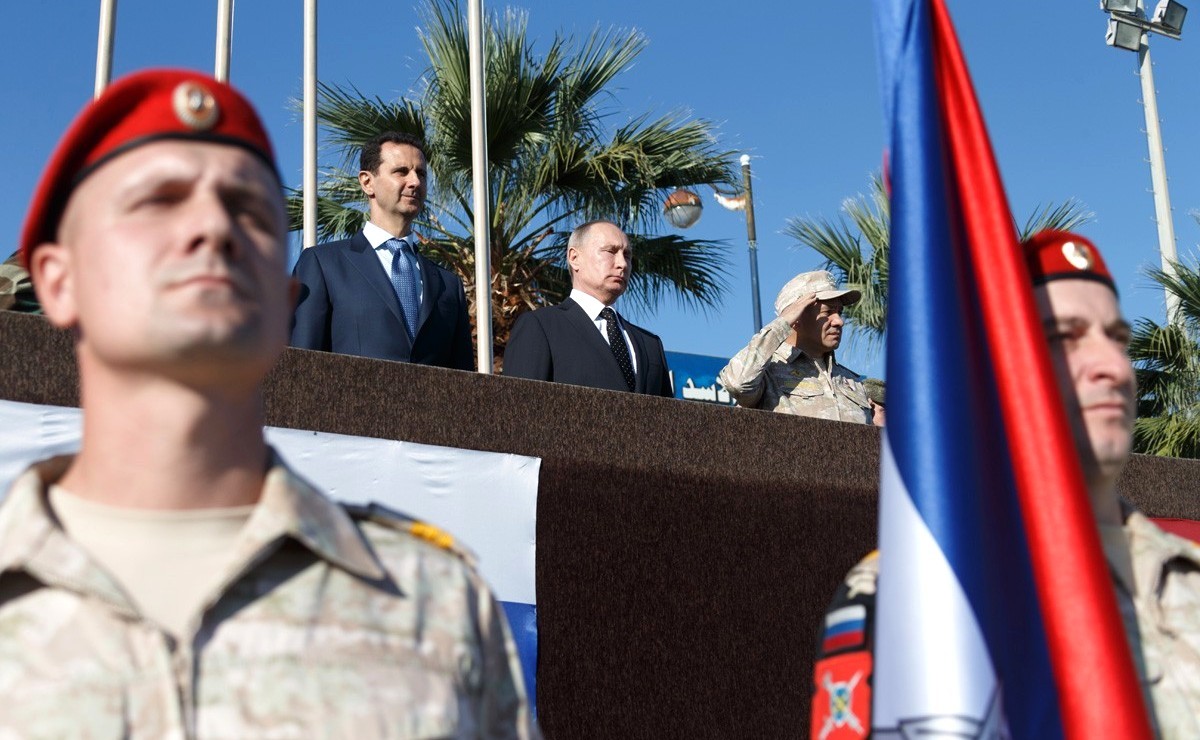 The tactical goal of the intervention was to save Bashar al-Assad; the goal which had been reached. The military effectiveness of the Russian air strikes proved to be high also because politicians gave the air force a free hand when it comes to the issue of civilian casualties. Unlike Western countries, Moscow did not care that thousands of civilians had been killed in raids against enemy positions.

The second goal, this time the strategic one, was to expand Russia’s influence in the Middle East; it has already been achieved, although it is not know for how long. Nevertheless, there is no peace on the horizon. There is already too much hostility between al-Assad and the opposition whereas another attempt to reach an agreement has ended up achieving nothing. And there is a third player, namely the Kurds. They are disregarded by Turkey, even if they have been granted American support. A part of the opposition is supported by Saudi Arabia, which remains in conflict with Iran – the latter seeks to secure a strong position in post-war Syria. In addition, the situation is carefully observed by Israel, which is ready to launch armed intervention. It is not surprising that the large peace conference in Sochi, scheduled for November, was postponed until early February 2018. It looks like it will not take place or number of its participants will be very limited.

But the most important was to show the West, and above all the Americans, that they have to talk with Putin, isolated after the annexation of Crimea (the most drastic example is the course of the 2014 G20 Brisbane summit). This goal was already achieved at the very beginning of the operation, when Obama had to contact Putin to avoid any airspace incidents: after all, Russian planes appeared where American and allied ones had operated before. Also Turkey had to negotiate with Moscow. After a sharp conflict caused by the shooting down of a Russian plane by the Turks near the Syrian border, both countries managed to establish better contacts. It was so far-reaching that Ankara had agreed to enter a trilateral (at that time, also with the Iranian participation) format proposed by the Russians.

Contrary to the official declarations of Putin, Shoygu and generals, the Syrian war is not over yet for Russia. It is estimated that in Syria there are still between three and twenty thousand IS fighters. Having lost the areas that had to be defended, the jihadists had complete freedom to maneuver. Now their main headquaters can be found in the eastern part of Syria, however, small units operate in the provinces of Homs, Hama and Daraa. And there are thousands of different anti-regime rebel groups. A regular war with a more or less distinctive frontline has already ended. The guerrilla war has begun. The Soviets lost such a war in Afghanistan. So Putin has taken advantage of the opportunity and thus he has formally completed Russian intervention in Syria. His intention is not to get engaged in a long-term bloody conflict, in which glorious victories and nice TV pictures are impossible.

However, another risk cannot be avoided. The official announcement of the end of the Syrian war may only provoke Islamists to launch terror attacks in Russia in order to compromise Putin’s “victorious narrative”. Many young radicals, who managed to leave North Caucasus and to go to the Middle East with some generous help of the Russian services, are able to come back home now. However, in the meantime, they have acquired some considerable battle experience. A day after Putin’s declaration to withdraw troop from Syria, Director of the FSB Alexander Bortnikov warned against the growing activity of ISIS terrorists.