Putin and Kadyrov. Together in life and death

Ramzan Kadyrov’s most recent declaration about his dream of leaving the office of the Chechen President has caused a political firestorm in Russia and abroad. This was just a political ploy, the purpose of which was to confirm the unique position of Kadyrov by the Kremlin and to put pressure on maintaining extremely high, in comparison with other regions of Russia, federal subsidies for the republican budget. 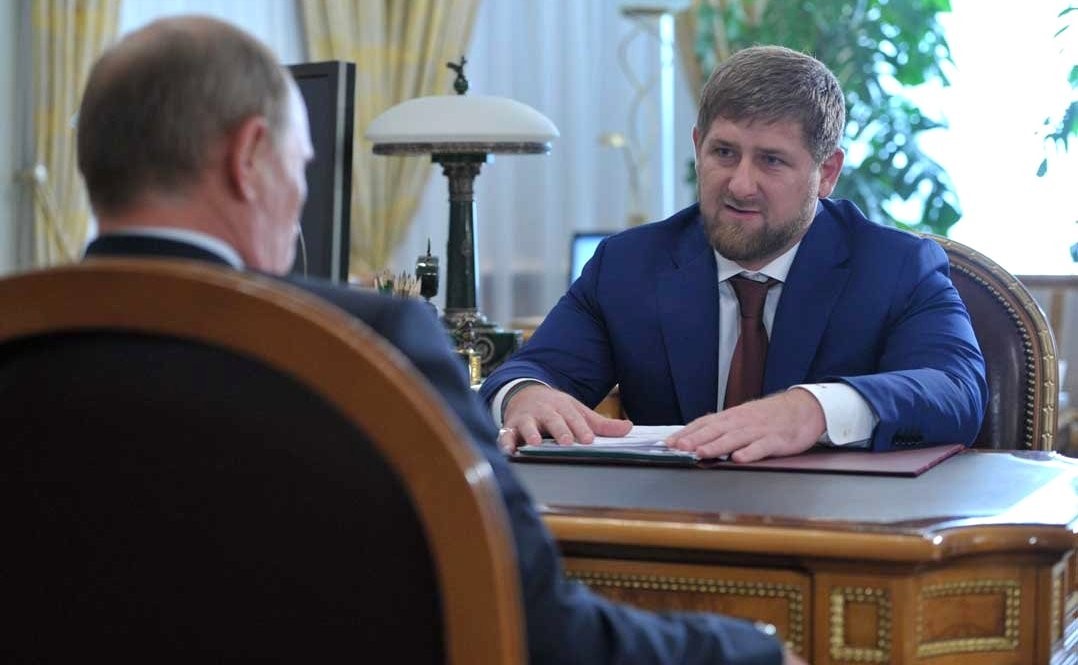 On November 26, in an interview for the state-owned TV station Russia-24 Channel One, Kadyrov said that “his dream” is to give up power and that “it is time for a change in the Chechen republic”. He also stated that Putin is his “idol”, for whom he is ready to die. The message was clear: I will do whatever the Kremlin demands. On the very next day, November 27, Putin’s spokesperson, Dmitry Peskov, assured that Kadyrov governs the country well and he is not going to leave the office, hence the matter seems to be clear. Having performed this manoeuvre, Kadyrov proved how important he is for Putin. The timing could not have been better. Russia is just before the presidential election, so the situation in the country as well as in the international arena is for the Kremlin, to put it mildly, quite complicated. Anyway, it is also a reason for Kadyrov to offer his resignation right now.

Putin appointed Kadyrov as the leader of Chechnya in 2007. Since then, Ramzan has repeatedly expressed his absolute allegiance to Putin. To such an extent that he once said that he remains truly loyal not to the Russian state, but personally and exclusively to his current leader. Putin cannot let Kadyrov leave for two basic reasons. The first one is the fact that the leader of Chechnya managed to pacify the region, which from the beginning of the 1990s has caused great trouble for Moscow – the occurrence of two wars between Moscow and Chechnya proves its scale. Today, Kadyrov’s Chechnya is a guarantee of the relative stability in the North Caucasus. The second reason, why Putin needs the Chechen, is the internal situation in Russia. The Kremlin is afraid of social riots and attempts at a political revolt – hence the expansion of the power apparatus which is to defend the regime. The main pillar of the apparatus is the National Guard of Russia (Rosgvardiya), but the forces faithful to Kadyrov, that is, over 20,000 well-armed and brutally acting people, are also very important. For years, Kadyrov’s soldiers have been doing the so-called “wet work” in Putin’s interest (see the murder of Boris Nemtsov). They formally belong to the Ministry of Internal Affairs of Russia, but in fact they swear allegiance to Kadyrov, who is also friends with General Viktor Zolotov, the current Director of Rosgvardiya and Putin’s most trusted silovnik. And the latter knows that when summoned, Kadyrov will give him thousands of soldiers, because the Chechen leader is aware that Putin’s departure will be tantamount to his own departure.

By showing how important he is to the Kremlin, Kadyrov also plays for money. He wants to enforce further concessions from Moscow in financing Chechnya. This is important, especially now, when the work on the adoption of the federal budget for the next three years is underway. In the age of declining receipts from the federal budget to regional budgets, which is the result of the economic crisis, Chechnya, which is dependent in over 90 percent on subsidies from Moscow, must fight to maintain this funding. The budget has already been passed by the Duma, but it still needs approval from the Federation Council and Putin’s signature. At the moment, there is no possibility of introducing formal amendments, but there is still room for manoeuvre for redistributing resources to the regions. As part of the adopted budget, the Minister of Finance may transfer funds, even on the Kremlin’s demand. And that’s what Putin’s “faithful companion”, Ramzan Kadyrov counts on.