The breakthrough of October and November brought some significant Russian actions on the Syrian front – both military and diplomatic ones. Even though Russia has succeeded in the first issue, it seems that it failed politically; nevertheless, for the first time, the standpoint of the Syrian Kurds was taken into account, which draws the attention of the public opinion. 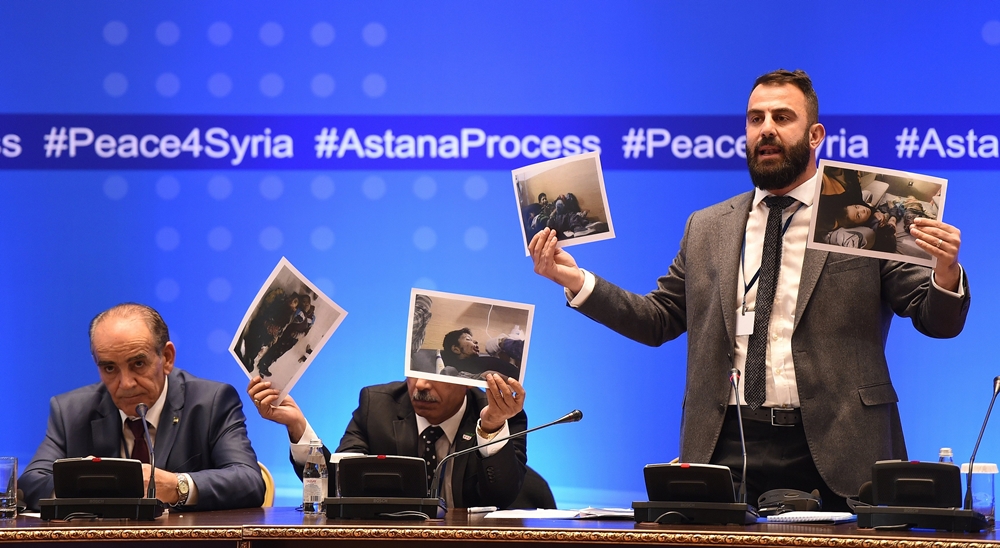 On October 31, the submarine Veliky Novgorod fired three Kalibr cruise missiles at important ISIS targets in Deir ez-Zor governorate in eastern Syria. On November 1, six Tu-22M3 strategic bombers took off from their Russian airbases, flew over Iran and Iraq, and then dropped bombs on Islamic State’s positions located in Deir ez-Zor province. During the raid, the bombers were shielded by Su-30SM fighters belonging to the Hmeymin airbase. The same scenario was repeated the following day. It is unclear to what extent that could help the government forces, but on November 3, they managed to conquer the city of Deir ez-Zor considered as one of the last bastion of the Islamic State in eastern Syria. On the same day, six Tu-22M3 and a Kolpino submarine (the latter fired six Kalibr missiles) made a massive strike on the Islamic State facilities in the Abu Kemal area. The next day, on November 4, Russian Tu-22M3 bombers conducted another raid in Abu Kemal near the Iraqi border.

Apart from some military goals (such as the support of the government offensive in Deir ez-Zor), the intensity of Russian military activity in Syria, which has been the first one since quite a long time, had political and propaganda purposes. Its aim was to strengthen Moscow’s position in the diplomatic arena. At the same time, some political events concerning Syria took place where Russia sought to present itself as a peacemaker.

Not incidentally, on October 30, the Russian press published leaked information according to which Russia’s authorise considered the possibility of withdrawing some troops and equipment from Syria and leaving only military police, advisers as well as a contingent necessary to protect bases. On the same day, the seventh round of Syria talks was launched under the patronage of Russia, Iran and Turkey. During two days no serious decisions were taken. However, on October 31, Russia invited 33 organizations involved in the armed conflict in Syria (including, for the first time, three Kurdish groups) to participate in the Syrian Congress on National Dialogue scheduled to be held in Sochi on November 18. But, all in all, Moscow appeared to be disappointed. The main Syrian opposition institutions (such as HNC, SNC) refused to participate, claiming that the Russian initiative’s aim was only to undermine the Geneva peace talks held under the auspices of the UN. Finally, on November 1, Vladimir Putin arrived to Tehran. Of course, the main topic of talks was the Syrian issue but it is unknown whether any important decisions were taken.