Catalonia referendum: What does Russia want?

The fact that Spanish media has mentioned the Russian participation in the escalation of attitudes before the Catalonia referendum seems to reflect the Western tendency to exaggerate Moscow’s destabilising role and its potential possibilities. However, it does not mean that the actions undertaken by the pro-Russian forces should be ignored. Their main aim is not an independent Catalonia, but a very deep and long internal instability of Spain and all Western countries. A similar aim of Russian policy could be noticed during the presidential election in the United States, a referendum in Great Britain as well as the elections in France and Germany. 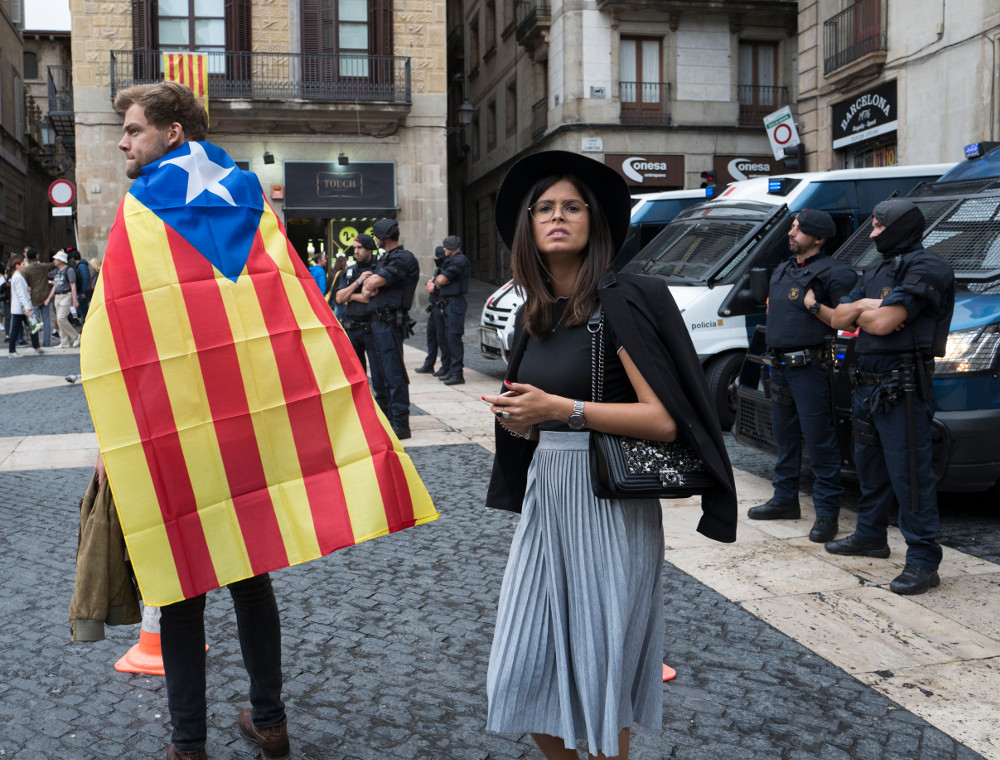 Russia’s policy towards the crisis in Spain is almost exactly the same as the one used in other countries. Officially, Moscow had declared its political désintéressement. The Kremlin spokesman, Dmitry Peskov, announced that the Catalonian independence referendum was Spain’s internal affair. Unofficially, Russia seems to support the Catalans, which can be observed in the media, in the statements of certain politicians as well as in the Internet. However, it does not mean that Moscow is in favour of an independent Catalonia. Allegedly, the Kremlin did not want Donald Trump to become the next president of the United States. Thus, Russia seeks to share and undermine Western democratic institutions. Moreover, it tries to make the winning side of the conflict weaker in order to undermine its legitimacy. That is why the pro-Russian propaganda has spoken so much about human rights violations and even the “criminal expedition” sent to Catalonia from Madrid.

Russia has once again adopted the previously known discourse on the separatism in Europe. It aims to do so thanks to a popular mechanism; firstly, a pro-Russian European politician says something which is compliant with the Kremlin’s policy, and then some English-speaking Russian media spread such a piece of information as the “European voice of reason”. In his interview with Austrian television, the chairman of the Freedom Party of Austria, Heinz-Christian Strache, compared the situation in Catalonia to the one in the Crimea. Then, the Russian television RT publicised his quote: “the referendum in Crimea, as in Catalonia, was held on the basis of the right to self-determination, and its outcome was very clear”. According to a Russian MP, Aleksei Pushkov, the Catalan referendum could be considered as the failure of the West at its own request. “You should recall the fact that NATO supported the separation of Kosovo”, he said. Moscow has claimed that such a situation would open Pandora’s box in Europe. Catalonia results from the opening of such a box.

The fact is that some separatist communities in Catalonia are somehow connected with Russia and Russian hackers and trolls support the Catalan independence in the Internet. The Russian media have published a quote from Enrich Folch, of the Catalan Solidarity, who said that an independent Catalonia would support Moscow on the international arena and, moreover, it would officially recognise the independence of Abkhazia and South Ossetia. In addition, the Russians and their allies (including Julien Assange and Edward Snowden) have been very active on Twitter and Facebook. The referendum was commented by not less than 600 pro-Kremlin accounts, both real and fake ones. Russian hackers have also hindered the Spanish government from closing portals and websites calling for separatism in Catalonia.