Chairman of the Russia’s State Duma, Vyacheslav Volodin, is gradually losing his importance. Such a claim is strongly evidenced by the resignations of the Kremlin, the exchange of governors, and, most importantly, by the change of the secretary general of the ruling United Russia. It seems that Volodin’s deputy chief of staff of the Russian President, Sergey Kirienko, is likely to become his greatest enemy. Nevertheless, this autumn’s most important player will be Andrey Turchak. The former governor of Russia’s western region of Pskov has just joined the list of relatively young, promising and recently promoted politicians who are considered as Putin’s potential successors. 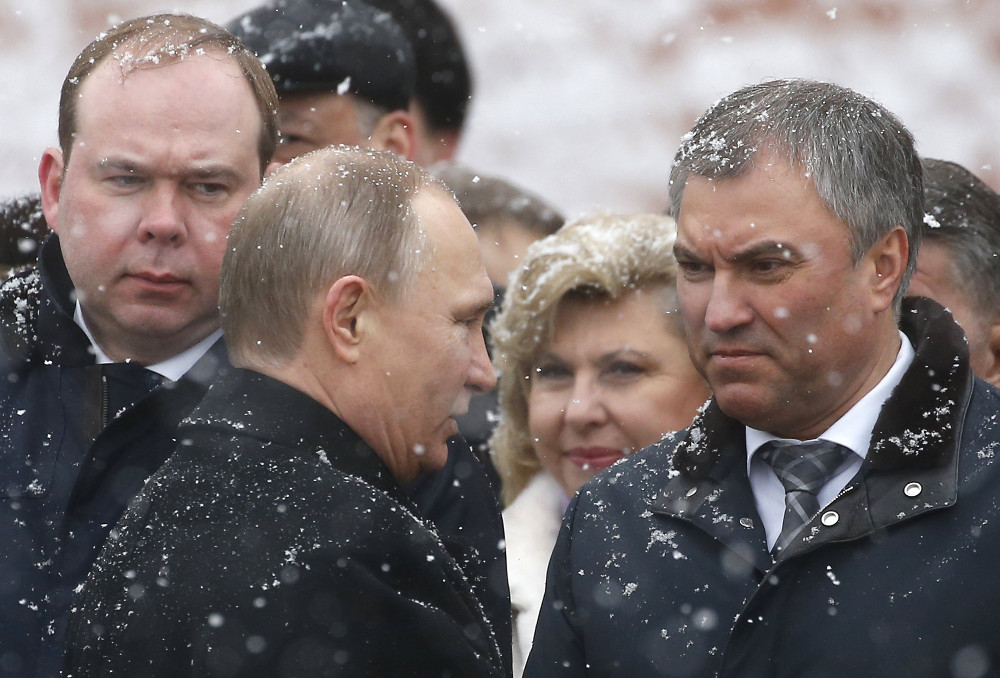 On October 30, it was announced that there would be created the sixth post of Deputy Chairman in the Federation Council, the upper house of the Russian parliament. Such a trick will enable Turchak to assume the office on November 8; moreover, on 30 October, he was elected representative in the Federation Council by the Pskov Oblast Council. On October 12, Turchak ceased to be the governor. On the same day, he was appointed the acting secretary-general of the ruling United Russia party by Prime Minister Dmitry Medvedev. Party nomination gives Turchak real political influence whereas the senatorial one improves his image. Some politicians and commentators consider him as Putin’s successor. Turchak was the head of the Young Guard, the youth wing of the United Russia party. In 2006, he became the senator for the first time. In 2009, at the age of 33, he was appointed the youngest regional governor in Russia. He replaced Sergei Neverov, considered as a “Volodin’s man” and one of the most influential people in Russia, on an important position of the secretary-general of the ruling party.

In the years 2011–2016, Vyacheslav Volodin was in charge of the internal policy within the presidential administration and he appeared to be much more efficient that his predecessor, Vladislav Surkov. Volodin and his team did not maneuver between the various influential groups, but they managed to take everything they could, namely a full control over the United Russia and the All-Russian People’s Front as well as numerous posts in the State Duma, some governors seats and government offices. And of course, they assumed full dominance in the structures of the Kremlin administration, which, until then, have been subjected to Volodin. A year ago, the politician, considered as one of the authors of the United Russia’s electoral triumph, became the Chairman of the State Duma. He was formally the fourth most important person in the country, which paradoxically kicked him up. At the very beginning, he lost a group of loyal people in the Kremlin. Similarly, other politicians, including the head of the key internal policy department, Tatiana Voronova, and her deputy decided to join the State Duma. Volodin’s successor in the Kremlin, Sergei Kirienko, did not make any revolution; instead, once his predecessor had resigned, he started to clean up the administration. A motion of no confidence to Volodin was the decision not to include the United Russia during the upcoming presidential elections; thus, Vladimir Putin would run for the office as a non-party candidate.

The political autumn appears even worse for Volodin. Within just two months, Russia’s President has exchanged a dozen of regional governors. A third of them is constituted by figureheads of the State Duma’s Chairmen. For instance, such is a case of Head of the Republic of Dagestan, Ramazan Abdulatipov. He took part in the Kremlin’s personal castling, whose aim was to dismiss Volodin’s protégé from the post of the secretary general of the United Russia. Also Abdulatipov was dismissed (since he dared to criticize unfavorable Kremlin officials) and then replaced by a former leader of the United Russia parliamentary fraction, Vladimir Vasiliev. There was a post that could possibly be assumed by Neverov. And his place in the party was already taken by Turchak.