The Russian Deputy Minister of Internal Affairs, Alexander Makhonov, has recently handed in his resignation. The official reason? “Personal responsibility” for the corruption scandal, which had been revealed in the structures that he controlled. The timing and circumstances of the FSB’s attack targeted in the high-ranking officials of Russia’s Ministry of Internal Affairs indicate that this may be part of political vendettas among the most powerful Russian politicians. 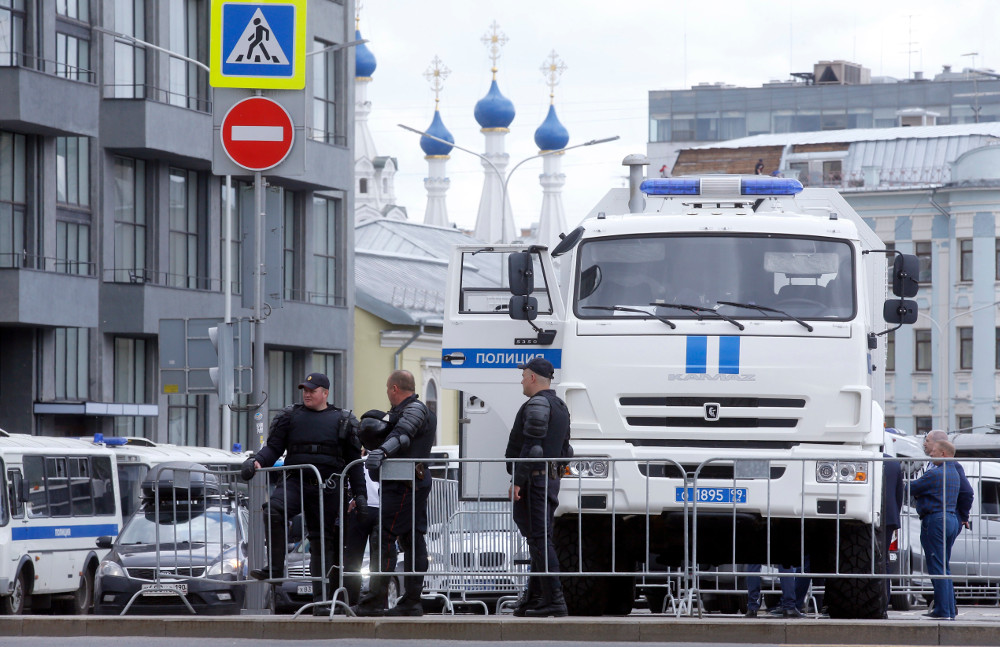 On October 17, the FSB detained commander Andrey Nechayev, the most important officer at the Ministry of Internal Affairs in charge of special communication. His arrestation took place at the command of the Investigative Committee of Russia. The next day, on October 18, Nechayev was accused of abuse of official powers and taken into custody for two months (according to the Art. 285 of the Criminal Code). The investigation is related to the introduction of an IT system in the Ministry of Internal Affairs; the operation which cost the Russian government 1.5 billion rubles (26 million dollars). Nechaev, as the chief of the Research and Production Association Spetstekhnika i Spetssviaz (STiS), was the chief designer of the Information Security Service System of the MIA. According to the investigators, Nechaev and his partners were able to take large bribes from the companies involved in the system creation. Then, Nechaev was contacted by a private company responsible for software development and consultancy in this domain. The first reports on Nechaev’s activities were sent to the MIA in 2015. However, the official, as a protégé of the Deputy Minister of Internal Affairs, Alexander Makhonov, seemed to be untouchable. It is possible that it was him who was supposed to be the main goal of the joint action of the FSB and the Investigative Committee.

Makhonov is one of the six deputy ministers of Vladimir Kolokoltsev. Before he started his career in the MIA in 2012, he had been involved in the development of television and telecommunications systems as an official in Moscow’s mayor’s office. Additionally, Makhonov’s name could be found on the list of people involved in the Panama Papers: he is an owner of six companies registered in the British Virgin Islands. But disclosure of this fact did not harm Makhonov’s position in the Ministry of Internal Affairs where he supervised Nechaev’s activity. The detention of the latter occurred during an exhibition where both Nechaev and Kolokoltsev were supposed to give their speeches. It seems that the FSB and the investigators aimed to make the case public. Makhonov attracted also their interest since he had been responsible for accepting the contracts signed by Nechaev. The day after his subordinate was detained, the deputy went on a business afraid outside Moscow, which meant that he had been afraid of being arrested. The fact that he handed his resignation to Kolokoltsev after more than a week, that is on October 27, proved that he had fought to preserve his position. However, he did not manage to do so.

Makhonov was in charge of the material and technical security of the department, the medical staff of the MIA, human resources, construction and administration of residential facilities as well as of the communication protection. He supervised dozens of centers and structures linked to the MIA. As for this domain, the ministry has always had the greatest potential for any abuse. There have already been some cases of detainment of officials in connection with corruption charges. It is possible that a person responsible for the attack on Nechaev and Makhonov is Sergey Chemezov, CEO of Rostec Corporation. His subordinate entities went on trial with those of the STiS. Chemezov might have used his considerable power in Lubyanka in order to strike at the Ministry of Internal Affairs since he has significantly strengthened his influence in recent months.