Russian propaganda: Umerov and Chiygoz to be exchanged for other political prisoners

On October 27, Ukraine’s First Deputy Minister of Information Policy Emine Dzheppar announced that the authorities in Kiev would fight for the release of about fifty political prisoners in the occupied Crimea. She also stressed that the Russian propaganda had falsely claimed that the release of two deputy chairmen of the Mejlis of the Crimean Tatar People, Akhtem Chiygoz and Ilmi Umerov, would allegedly take place at the expense of other political prisoners. 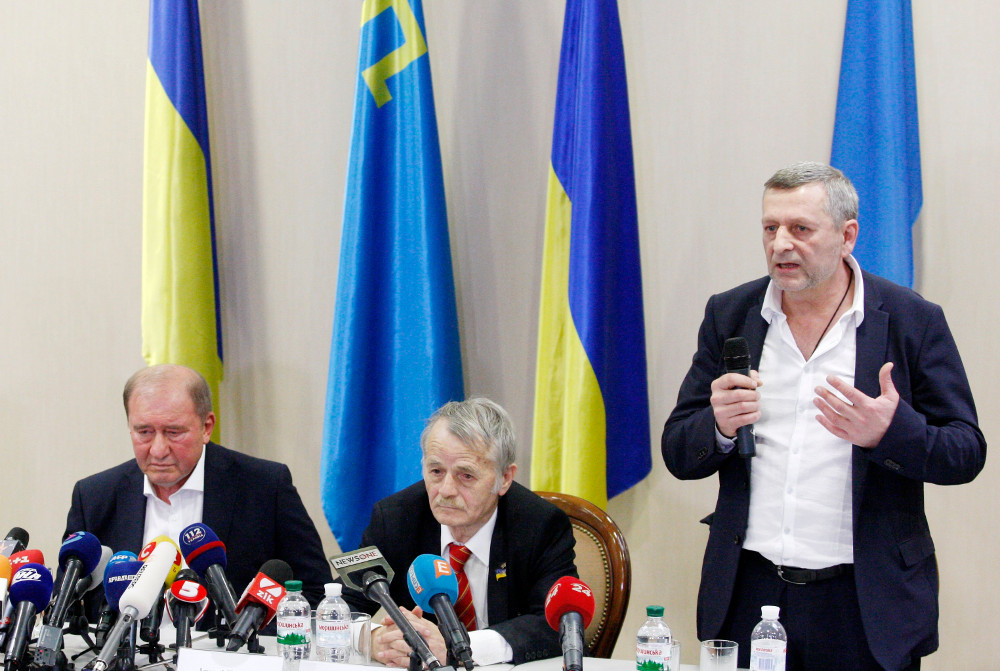 It needs to be added that on October 26, both men were freed from Russian custody and sent to Ankara. The next day, Chiygoz and Umerov arrived to Ukraine’s capital. At Kyiv’s Boryspil International Airport, they were greeted by other Ukrainians who had managed to escape from the occupied peninsula. In addition, Chiygoz and Umerov met Ukraine’s President Petro Poroshenko. On September 11, Akhtem Chiygoz was convicted by the so-called “Supreme Court of Crimea” to eight years of colony settlement. On September 27, Ilmi Umerov was sentenced to two years in a type of penitentiary by the “Simferopol District Court”. Both men were charged with a “blatant opposition to Moscow’s takeover of the peninsula”. Additionally, Mr. Chiygozov was convicted of organizing an illegal demonstration whereas Mr. Umerov was accused of separatism.
During the press conference at Boryspil airport, Emine Dzheppar announced that she would like to bust some myths spread by the Russian propaganda and the aforementioned Ukrainian hostages had not been freed at the expense of other prisoners. She also added that such a claim was not true. According to the First Deputy Minister of Information, further diplomatic pressure will be exerted in order to free the rest of the political prisoners in the peninsula. Moreover, she said that the release of Chiygoz and Umerov had resulted from a great diplomatic pressure exerted by Ukraine, the G7 Nations, US President Donald Trump and other world leaders.