Russia is modifying its policy towards Libya. It does not put everything on General Khalifa Haftar anymore, but rather tries to take the position of an arbiter. This can be observed not only by a recent double visit of the representatives of two main rival sides fighting over the control of Libya, but also by the way the meeting was organised and presented later in the media and the political sphere. 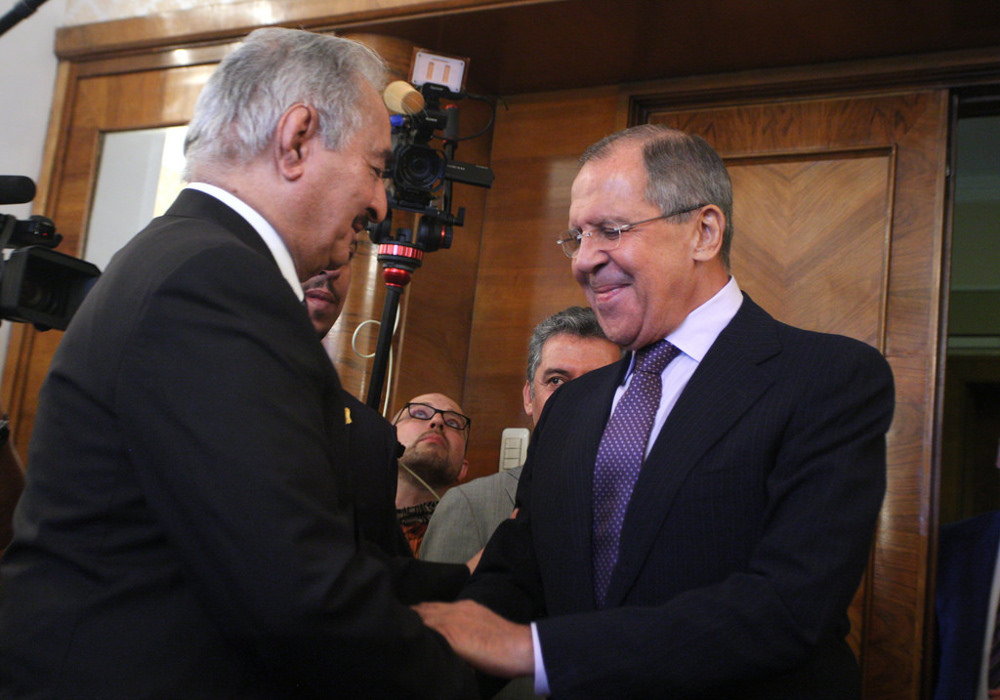 In September, the representatives of two main fighting sides in the Libyan civil war, Ahmed Maiteeq, the Deputy Prime Minister of the Government of National Accord (based in Tripoli) and Ahmed al-Mismari, the Spokesperson of General Haftar’s Libyan National Army (also known as the “eastern government” located in Tobruk) arrived in Moscow. It implies that Moscow decided to follow the path of an “arbiter”. The ultimate proof of it are not only the visits of both of the fighting sides in the Libyan conflict, but also a recent visit of Ghassan Salamé, the new Head of the United Nations Support Mission in Libya, who met with Lavrov. At the same time, in order to solve the Libyan issue, Russia decided to use Ramzan Kadyrov, suggesting that the President of Chechnya is often asked to deal with Russian diplomatic affairs regarding the world of Islam. To be more specific, it was due to Kadyrov’s invitation that Maiteeq came to Russia. He stared his visit from the city of Grozny, and shortly after that he went to Moscow, where the meeting with Mikhail Bogdanov, the Deputy Minister of Foreign Affairs responsible for the Middle East and North Africa affairs, was held. An important role in this new Russian policy towards Libya will be played by a young and little-known diplomat, Lev Dengov, who was appointed as the Head of the Russian Contract Group on Libya. In the August issue of “Kommersant”, when interviewed about Moscow’s plans in Libya, Dengov did not pretend that the Russians care about the renewal of contacts in Libya and want to return to huge contracts made during the Gaddafi regime.

It is worth noting that unlike any of the previous visits of Libyan officials, the visits of both Maiteeq and al-Mismari were highly publicised in the media. Undoubtedly, Russia took special care of being seen as the one who talks with the both sides of the conflict, stressing the fact that there are two common purposes, which connect them: the reconstruction of the country and the fight against terrorism. In other words, Moscow signalised that it talks with everyone. It seems as if Libya, similarly to Syria, is to be the place of the Arab Spring, where Russia wants to take the position of a constructive player being able to establish peace. In the meantime, the Kremlin is securing its position for every upcoming political contingency in post-war Libya. Independent of the final outcome of the conflict, all that Russia wants from the Libyan government is to be grateful and ready to fully cooperate with it when the time comes.