Kremlin Is Threatened by the Protests

Recent demonstrations of many thousands do not target corruption, they are an attempt at a “color revolution” – is a recent message from Kremlin. Unexpectedly, the commander of National Guard, a formation established precisely to protect the regime against revolution, commented on the issue. 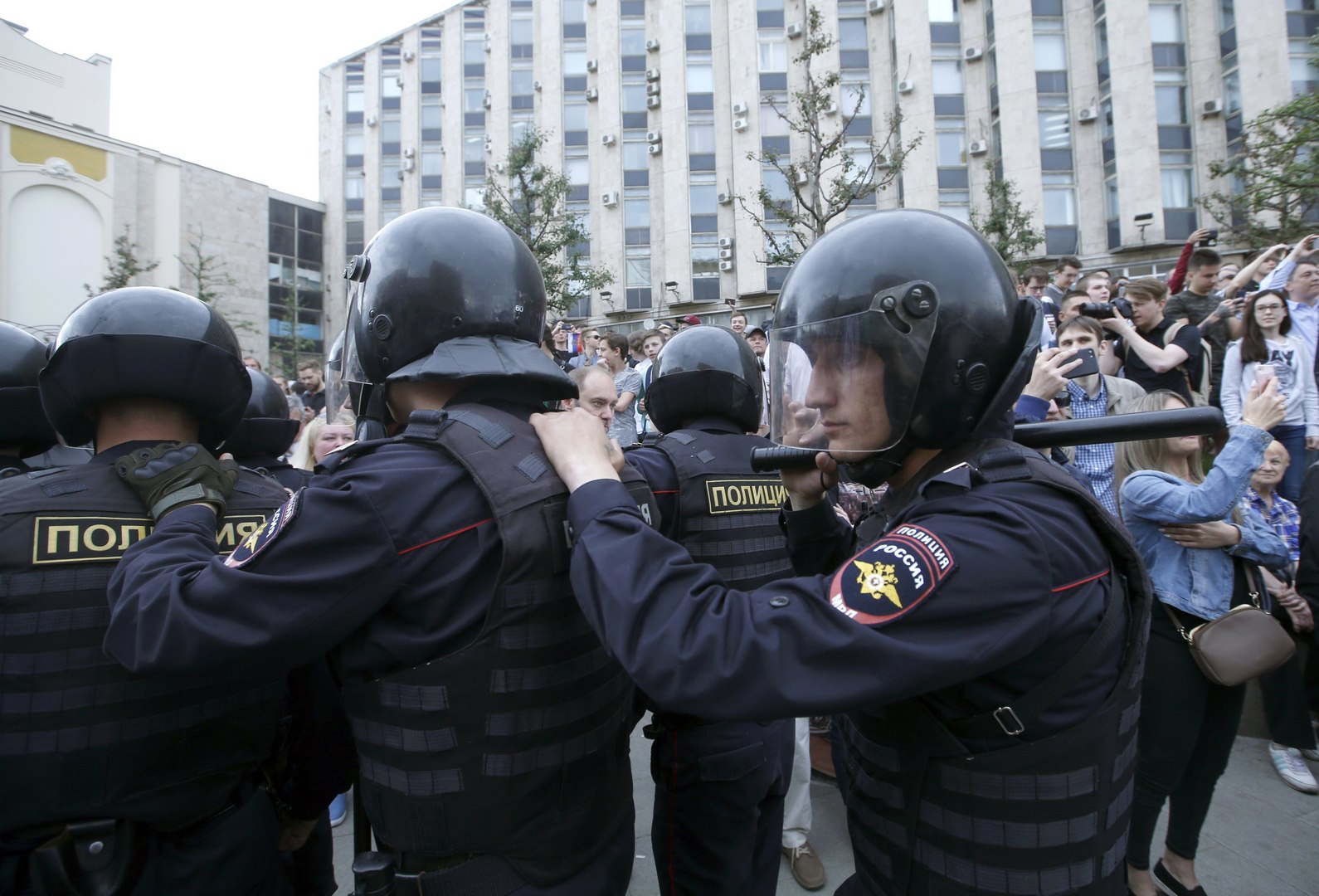 Rosgvardiya’s commander, general victor Zolotov, has stated that the protests in Russia are conducted “according to similar scenarios as the color revolutions in other countries”. In an interview for the Interfax press agency, published on June 16, Zolotov said that “the true purpose of the fight against corruption is replaced by a total destabilization and creating of chaos”, adding that the methods of „loosening” of the situation in society “are becoming more cunning and sophisticated”, with the Internet being actively used for the purpose. “Under the pretext of violations of human rights and democratic freedoms in Russia, mass media of the European Union, the UK and the US hold constant media attacks to discredit the political leadership of our country” – Zolotov pointed out directly to the guilty ones. Commander of the National Guard said that his formation would actively counteract “destabilization”. He ensured that Rosgvardiya was highly prepared for various developments of the situation.

Zolotov went further than Putin, explaining how Kremlin perceives the demonstrations. One day earlier, on June 15, when answering questions asked by journalists Putin said that the protests were organized for self-promotion, and not to “improve the situation in Russia”. Zolotov’ deputy, general Melnikov, and Zolotov’s advisor, former long-time chief of General Staff of Russian Armed Forces general Yury Baluyevsky, had already talked – within a few days – about taking a harsher course. They said explicitly that Kremlin’s real enemy was within the country, not abroad. Zolotov makes public statements very infrequently. This only proves the level of anxiety in the Kremlin. On the one hand, talking about “color revolutions” is a promise that the attitude towards Navalny and the protests will be uncompromising. On the other hand, Zolotov’s reassuring declarations are addressed to the elites, bureaucracy and all beneficiaries of the regime.