This will be the last presidential election in which Putin, Zyuganov and Zhirinovsky may run for office even if the communist leader has many more opponents in the party. At its congress, an attempt may be made suggest another candidate. However, Zyuganov is the favorite and it seems that such a scenario will be the most interesting for the Kremlin. 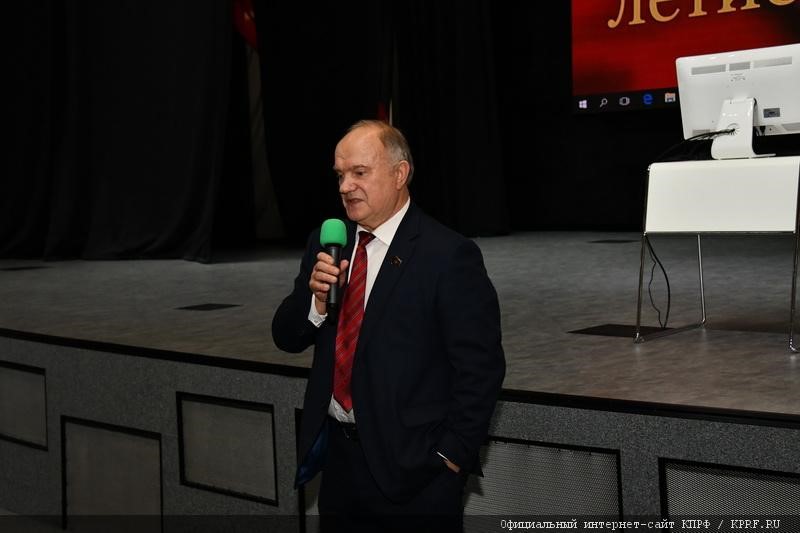 Gennady Zyuganov has been the First Secretary of the Communist Party of the Russian Federation since 1990. He has already run for office four times: in 1996, 2000, 2008 and 2012. Each time he got fewer votes, which also showed that the communist electorate had shrunk in a considerable way. In 1996, he had only one real chance to win. He went to second round where he was defeated by Boris Yeltsin. Eventually, Zyuganov took about 40% of votes. In 2000, he lost in the first round (which was manipulated) against Putin; he got 29% of votes. In 2008 and 2012, he was second, taking roughly the same number of votes (approx. 17%). It looks that, if he starts in March 2018, his result will be by far the weakest of all previous ones. It seems that this time the Kremlin spin-doctors have planned the second place for another candidate. The November survey of political programs in the Russian TV may be an important indicator: Putin held as much as 86.6% of approval, followed by LDPR leader Vladimir Zhirinovsky (6%), and Zyuganov (1.8%), who had a similar result as leader of A Just Russia Sergey Mironov (1.8%) and Ksenia Sobchak (1.7%).

It is not surprising that, with such negative perspectives and right before the CPRF congress scheduled for December 23, the party members have disputed over the criteria for choosing a candidate. Of course, the CPRF chairman Gennady Zyuganov seems the most obvious choice, but the party masses are already getting impatient with his next failures. According to some members of the party, it is better to suggest someone who will take the votes of not only a solid communist electorate but also some voters with liberal left-wing opinions. Zyuganov’s opponents point to several advantages of suggesting another candidate. First of all, it is all about the novelty effect. Such a candidate could attract new voters, and, more importantly, he would not be burdened with a series of subsequent electoral defeats. And he would have an opportunity to fight for second place in the first round. Secondly, the candidate should have the potential to go beyond the traditional communist electorate. Thus, there emerges the third issue, namely a credible political program, which would not just boil down to the ideological foundations of the CPRF. Some say that such a new candidate will now be able to appear in front of the nationwide audience in order to run for office in 2024 since Putin’s victory is the upcoming election is obvious, however, it is not known what the situation will look like in six years; the current president may not be likely to stay in the Kremlin any longer. In any case, Zyuganov will be 79 in 2024.

24 candidates were formally registered, which are now considered by regional party structures. Among Zyuganov’s potential rivals, there is for example Governor of Irkutsk Oblast Sergey Levchenko. It is likely that Zyuganov will defend himself and will start again in the elections. Nevertheless, it is obvious that he will not win this battle. And the scale of the failure will depend on whether he is granted the position of a party leader after the election. After the election, the Kremlin will probably appoint a new leader. According to many communists, Zyuganov has contributed to weakening of the party in recent years. In 1998, the Communist Party formed the government and it had 250 deputies in the State Duma. Today it disposes of 42 seats. Nevertheless, it does not depend on Zyuganov and it may be the fault of demographics and the Kremlin’s policy since the communist electorate is dying out. The only thing the party leader can be reproached for his eagerness to play the role of the “systemic opposition” and run in the next election only to lose and thus, thank to his participation, legitimize the authorities. Zyuganov believes that a tough attitude towards the Kremlin may result in repressions of the authorities against the communists, including expulsion from the State Duma, striking the regions or discouraging sponsors. In fact, Zyuganov would like to get a cushy job (such as a place in the Federation Council) that could be offered to him by the Kremlin.