A New Approach to Companies with State Treasury Shareholding

Liquidating the Ministry of Treasury symbolically ends a stage of Poland’s transformation period and allows a redefining of the role and meaning of companies with State Treasury shareholding in the Polish economy. 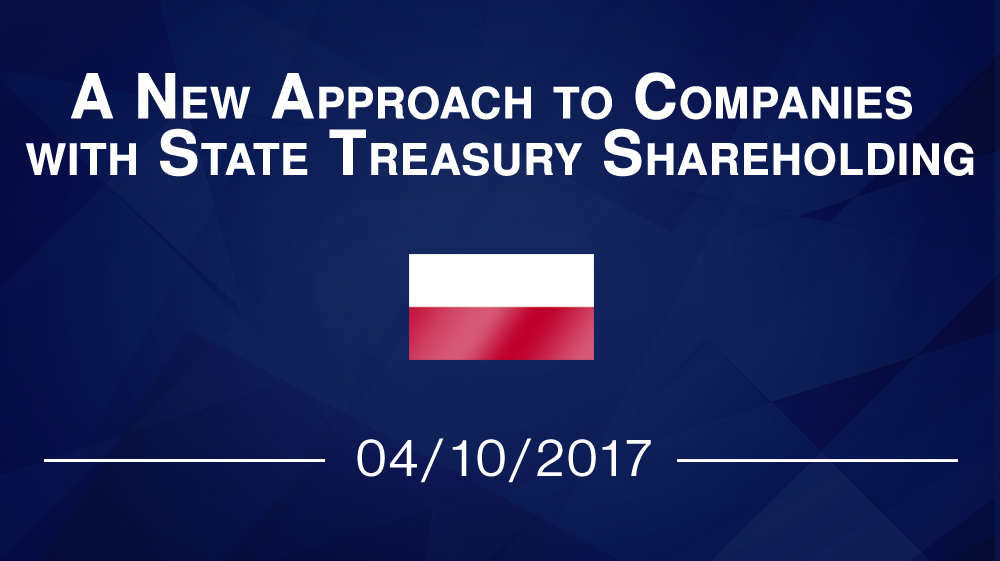 Society and investors were sent a clear message – the privatization era is over. This does not mean that the process of privatization has stopped altogether, because those entities with a small State Treasury shareholding or under liquidation will continue to be privatized, but rather it signals a new attitude towards the management of the State Treasury. These changes should be analyzed in a wider context to include both macroeconomic changes in the Polish economy, as well as global trends in managing state-owned enterprises, or managing the State Treasury Clearly, no entity operates in a vacuum, much less one with State Treasury shareholding. Many factors, both internal and external, influence the functioning of each entity. 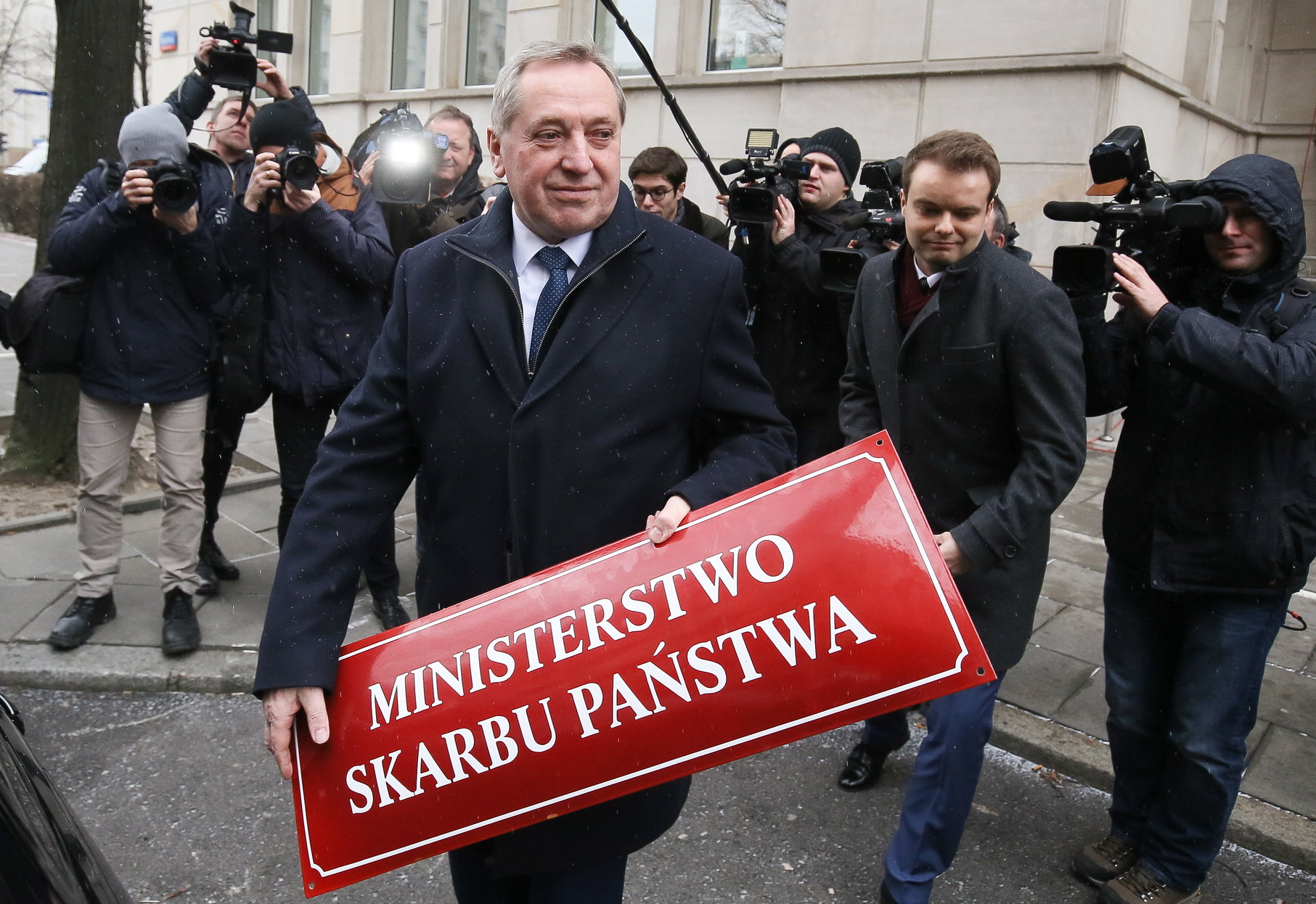 Dynamic economic growth as a driver of change

Changes force changes. This is certainly the case when managing the State Treasury. The dynamic growth of the Polish economy, which is on an unprecedented scale among democratic countries, set a new tone to the debate on how a state should perform its ownership rights. The scope of changes can be explained best by the following facts. Since 1989, Polish GDP per capita has doubled. And it continues to grow. According to the newest data[1] revealed by the European Commission in the fourth quarter of 2016, Poland achieved the second highest growth of GDP in comparison to the previous quarter and the fifth highest when compared to the corresponding quarter of the previous year. Poland was surpassed only by Bulgaria, Croatia, Slovenia and Romania in the latter figures. The Commission estimates that the growth in the first quarter of 2017 will be more than double the EU average[2].

It should be noted that the Ministry of Finance in the Multiannual Financing Program for 2016-2019 predicts that Poland’s GDP per capita, in relation to the average of the 28 EU Member States, will continue to improve. In 2005, Poland’s GDP per capita was only 50% of the EU average. By 2012, it had grown to 67% and in 2017 it will have reached 74% of the EU average[3]. News from the labor market is equally promising. According to the newest Eurostat calculations, the unemployment rate in Poland this past July amounted to only 4.8%, while the EU average was 7.7%[4]. To put this into perspective, in 2004 (the year when Poland joined the EU) the unemployment rate was 19.1%[5].

A new approach to the management of the State Treasury was also forced by changes in the Polish business environment, which resulted from Poland’s entry to the European Union and from the realities Polish enterprises faced when operating and competing in the single EU market. Despite some difficulties at the beginning, the companies with State Treasury shareholding established themselves quite quickly in the new economic reality as reflected by the amount of profits they gained in the last turnover year (see table below). 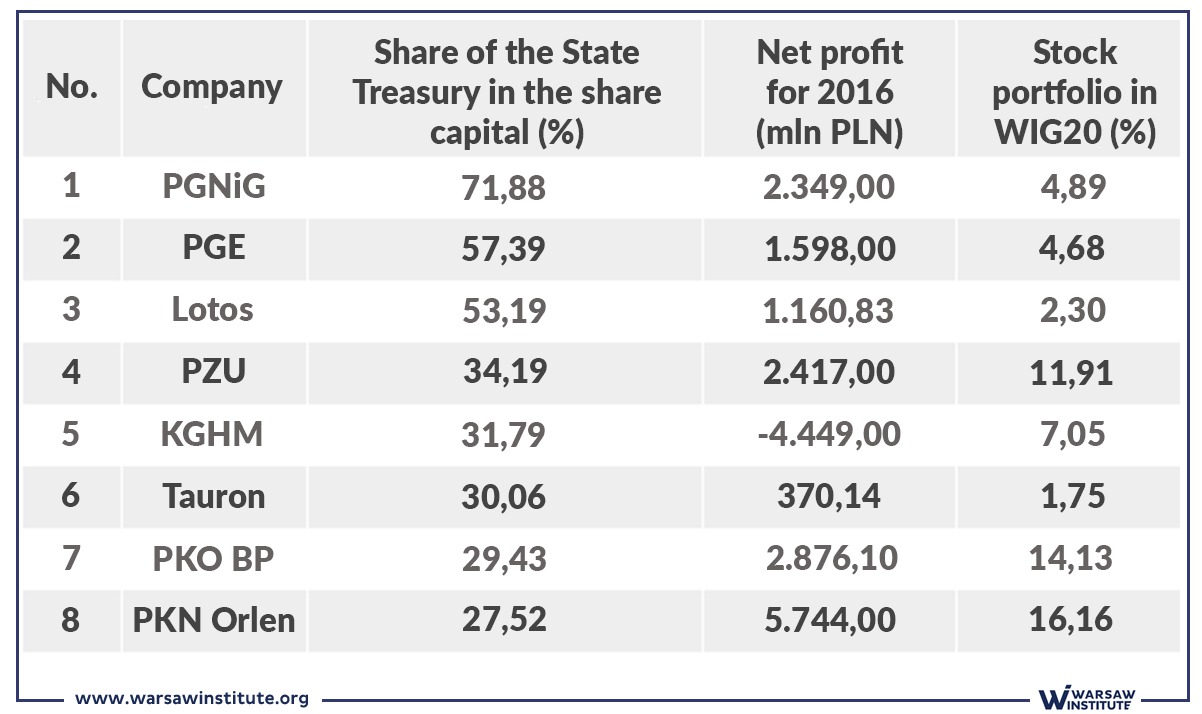 In addition, the respectable status of Polish enterprises is confirmed by the annual ranking of the top 2,000 public companies in the world by Forbes magazine. In the last ranking there were five Polish companies listed: PKN Orlen; PKO Bank Polski; Grupa PZU; Grupa PGNiG; and PGE Polska Grupa Energetyczna. Note that the State Treasury is an important shareholder in all of these companies.

However, the growing role of companies with State Treasury shareholding on the European, and even global, market brings with it some risks. These companies might be subject to a hostile takeover which, bearing in mind the scope of their activities that include the energy and banking sectors, makes the risk significant. From the state’s point of view, it is crucial to safeguard against these risks. The widely covered Acron case is an example of the risk that exists. In 2012, Norica Holding, connected to the Russian chemical potentate Acron, announced an invitation to subscribe for 66% of shares of one of the biggest producers of artificial fertilizer in Poland – ZA Tarnów (currently Grupa Azoty) – 32% of whose shares, at that time, were owned by the State Treasury. Acron did not reach its goal, primarily due to the consolidation of Polish companies in the chemical sector. This example shows the risk of a hostile takeover of key companies, from the perspective of national interests and security, and not only in a theoretical sense.

Not only has the Polish business environment changed, but so too have attitudes on how to manage the State Treasury. One can even speak of a global tendency to centralize ownership rights in state-owned companies. Experts from the Organization for Economic Cooperation and Development (OECD) acknowledge that, at least since 2005, more and more countries have been deciding to switch from the decentralized or dual model, where oversight is dispersed among a large number of ministries with only limited co-ordination at the center, to a centralized one. In recent years, for example, Finland, New Zealand and Peru have all made such a change. Through the reorganization of ownership policy, countries aim to improve the efficiency of the companies that they own. 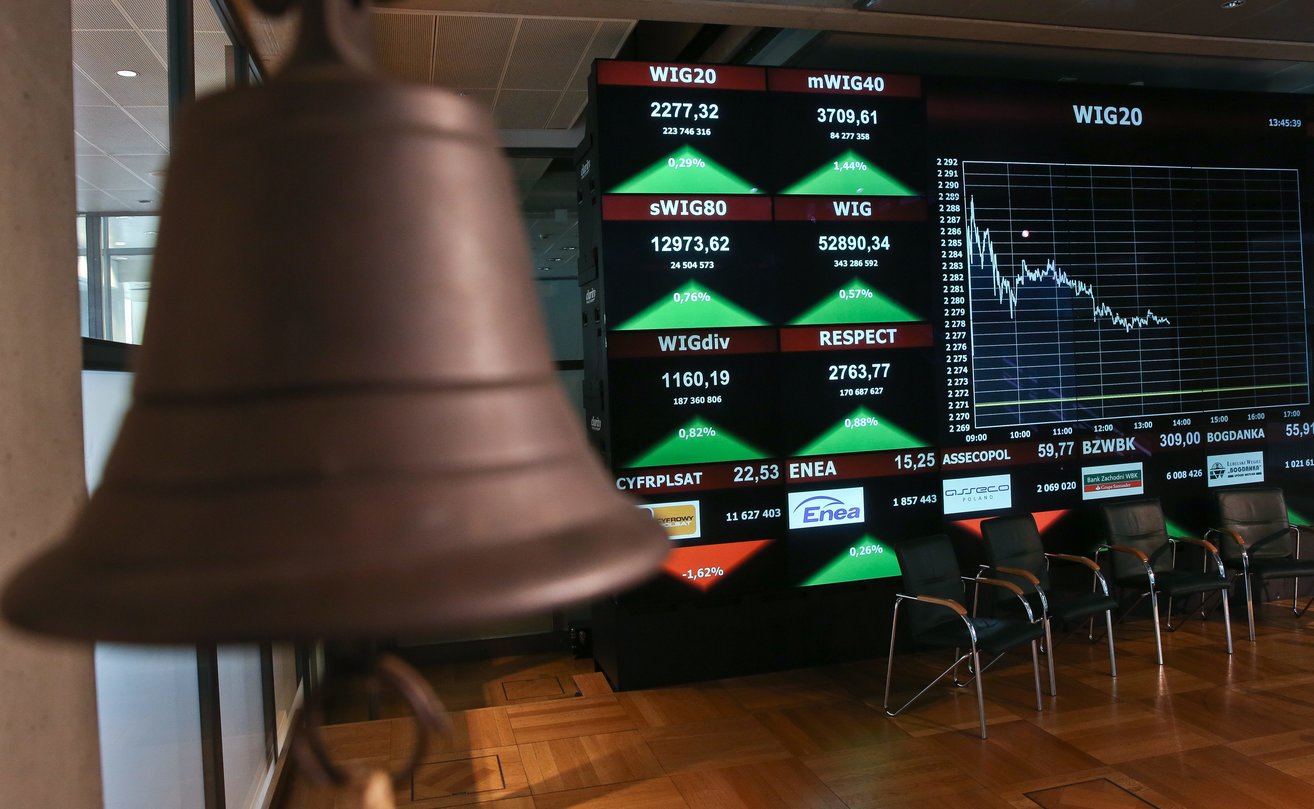 In response to the transitions within the companies with State Treasury shareholding and the environment in which they operate Polish authorities reacted with substantial legislative changes, including the enactment of the Act of 24 July 2015 on Control of Certain Investments, the Act of 9 June 2016 on Rules of Determining Remuneration of Persons Managing Certain Companies, and the Act of 16 December 2016 on Rules of State Asset Management. These actions – and this needs underlining – are part of a comprehensive long-term development plan for the country. The Responsible Development Plan, also known as the Morawiecki Plan, was drawn up in 2016 by a team led by the Deputy Prime Minister and Minister of Economic Development and Finance – Mateusz Morawiecki. The plan calls for a series of corrective actions for the Polish economy, based on five fundamental pillars: reindustrialization; development of innovative companies; raising capital for development; foreign expansion; and social and regional development.

The aforementioned legislative changes will substantially rearrange how State Treasury companies function in Poland, with the Act on Control of Certain Investments perhaps considered the most significant in this regard. The Act stipulates that an entity purchasing shares, which results in acquiring control or achieving so-called significant participation in the company that is classified as a protected entity under other legislation, will be obliged to notify the Prime Minister or the relevant minister about the transaction. These authorities will then have the right to object to the transaction within a period of 90 days. Such a decision is subject to judicial review. Only those companies in which the State Treasury holds the majority interest are subject to protection, most of which are in the energy and fuel sector. The Act on Control of Certain Investments aims to protect companies that are considered strategic for public security from hostile takeovers by external entities.

The Act on Rules of Determining Remuneration of Persons Managing Certain Companies was adopted, on the one hand, to ensure competitive salaries for the management of state-owned companies, and on the other to provide clear and transparent rules for determining remunerations. In contrast to the former regulations, this Act does not impose fixed remuneration limits, but rather introduces a mechanism for determining remuneration that is composed of a fixed base salary and variable compensation. The fixed base part of the remunerations shall be conditional upon the value of company assets, revenues generated or the number of employees. The Act allows for the determination of different amounts of remuneration, when it is appropriate in exceptional circumstances concerning the specific company or market in which it operates. The variable part of remuneration is related to performance measures including the accomplishment of management goals, such as the company achieving a projected net profit.

The new legislation rearranges the policy on employment for the members of management bodies in companies with State Treasury shareholding. It introduces a unified employment model for such individuals, providing that they can be hired only upon signing service contracts while performing their duties.

Finally, the Act on Rules of State Asset Management introduces comprehensive regulations for entities authorized to perform ownership rights from shares belonging to the State Treasury. The rules that implement the Act on State Asset Management include those that established the liquidation of the Ministry of the State Treasury and defined the allocation its powers. It is time consuming to comment on every amendment introduced in the abovementioned Act and the implementing rules thereof, but it is worth addressing the most significant changes.

First of all – on the institutional level – the State Treasury is no longer under the supervision of the Minister of Treasury, but rather that of the Prime Minister, who is now entitled to perform the ownership rights from shares belonging to the State Treasury. Furthermore, the Council for Companies with State Treasury Shareholding was established, to act as an advisory body providing professional support to the Prime Minister. This Council will also assist in the coordination of corporate governance matters and in the assessment of the candidates seeking to become members of the management bodies in companies with State Treasury shareholding.

Moreover, under the provisions of the Act, a single group of companies with strategic importance for the Polish economy was identified, in which the execution of ownership rights by the Treasury will be under the special supervision of the Prime Minister. Currently, the list contains 30 companies[8]. The Act additionally introduces changes concerning the process of selling State Treasury shares and prohibits the practice of direct privatization.

The unveiled rearrangements regarding the rules on managing companies with State Treasury shareholding are designed to create something that lawyers might call a “State Treasury Capital Group”. The intent is not to create a formal structure between these particular companies, but to consolidate the rules governing their management and to adjust those rules to fit market requirements. As a consequence, this will allow for a more effective managing process which will certainly influence the financial results, and, most importantly, secure reasonable public interest in these companies.