The upcoming presidential campaign increases tension between the Kremlin and the State Duma. Precisely, it regards the tension between the leadership of the Presidential Administration and the chairman of the lower house of the Russian parliament. Vyacheslav Volodin still plays an important role in creating the regime’s internal policy, which, until now, has been a prerogative of Kremlin’s officials. 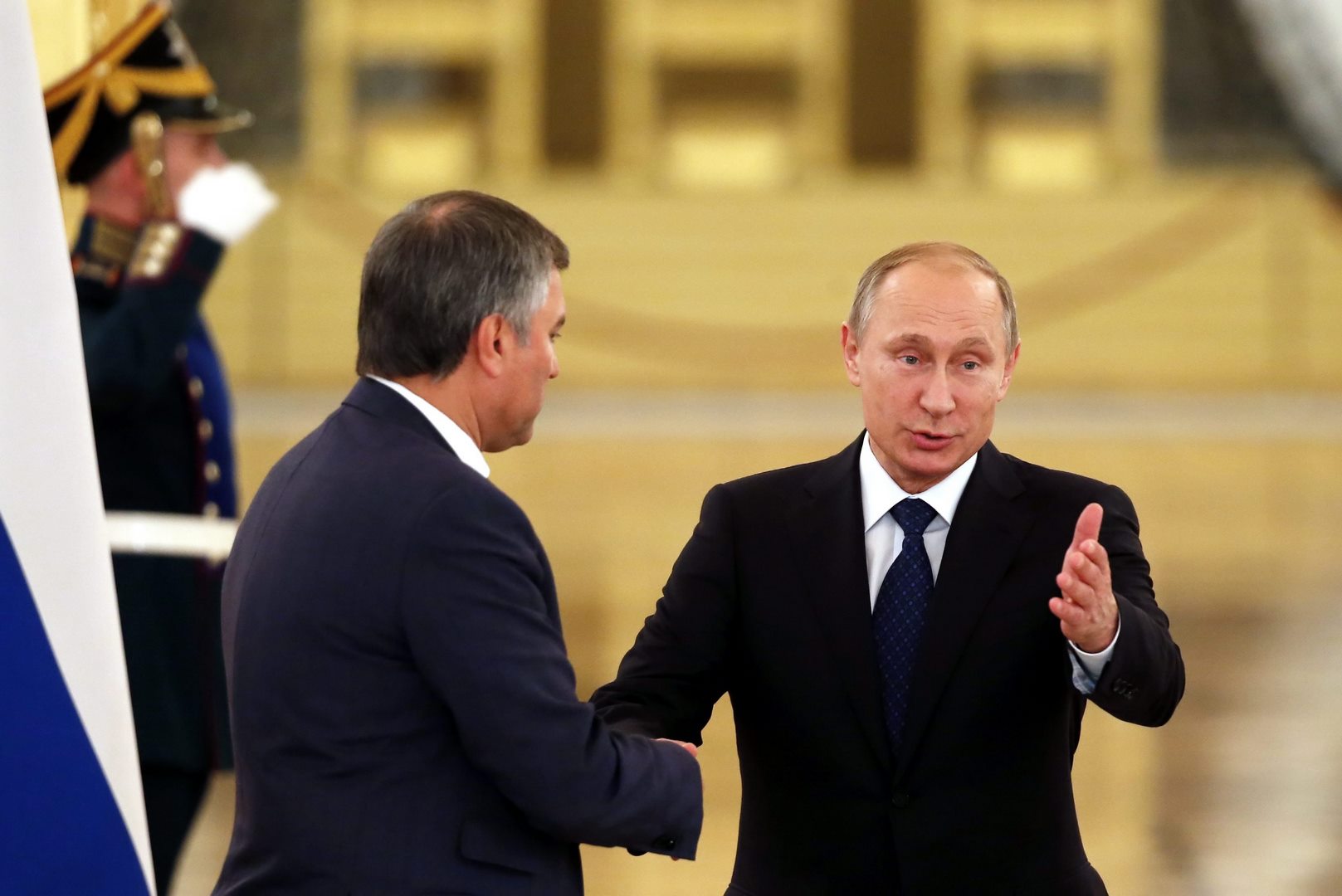 In Putin’s Russia regime, similarly as in the times of Yeltsin, a decision-making center consisted essentially of the Chief of Staff or his deputy in the Kremlin’s administration or other high-ranking officials of the Presidential Administration. Before, this office has been held by Alexander Voloshin, Vladislav Surkov or Vyacheslav Volodin. And that’s the last of them who is not willing to resign from creating the president’s internal politics, even after being elected Chairman of the State Duma. Thus, there emerged two competing decision-making centers : the traditional one in the Kremlin (represented by Sergei Kiriyenko) and the new one in the State Duma (governed by Volodin). Previously, Volodin was the First Deputy Chief of Staff of the Presidential Administration and he was in charge of the internal policy. However, it was not formal at all. In the Putin’s system, a holder of this position controls the parliament, political parties, pro-government social organizations, as well as political scientists and sociologists loyal to the Kremlin. He is also responsible for the ideology of the political power.

These rules formed the basis of the Putin’s system of vertikal vlasti (the vertical of power). It was the Kremlin that dealt with all party, parliamentary or staff issues. Each official and politician knew perfectly well where and to whom he would go with their issues. The emergence of more than one decision-making center on a given vertical level means that it becomes weaker and creates some confusion.

Volodin, who had succeeded in the parliamentary campaign of the ruling United Russia party (which had achieved the best record in history), was elected the Chairman of the State Duma, though he hoped to be promoted on a higher level in the Kremlin to become the head of the Presidential Administration. However, he did not give all his strengths from his Kremlin days. He still controls United Russia. Volodin’s people still hold key positions in the party – his team constitutes one third of the management of the ruling party. Moreover, Volodin has limited the Kremlin’s influence on the legislative process in the State Duma. He also increased his own influence on all members of parliament. Additionally, he took away from the Kremlin the experts with whom it had collaborated. Interestingly, Putin agrees on such an unusual situation. However, no one knows how long it will last. After some time, the Kremlin administration began to retake its lost positions. As for gaining some influence of United Russia, the key role is played by Boris Gryzlov, the former speaker of the State Duma and the former head of the Ministry of Internal Affairs, who recently reentered political arena. Opponents of Volodin (one can only guess that also those of the Kremlin) also lead a negative campaigning towards the speaker of the lower house of the parliament; rumour has it that he likes to play the role of Putin’s successor.