The Annexation on Caucasus Is Getting Closer

On April 9, “presidential” elections took place in the separatist Republic of South Ossetia. The elections were held together with a referendum on changing the name of this quasi-state, which in the light of international law is still a part of Georgia, and whose independence has been recognized by Russia and a few Latino countries. The “parliament” speaker Anatoly Bibilov won the elections on 9 April, already in the first round, garnering 58% of the votes. Incumbent Leonid Tibilov gained 30% of votes. 78% voted for changing the name into Republic of South Ossetia – State of Alania. The outcome of two votes may be interpreted as a big step towards incorporating South Ossetia into the Russian Federation, by “uniting” it with North Ossetia. 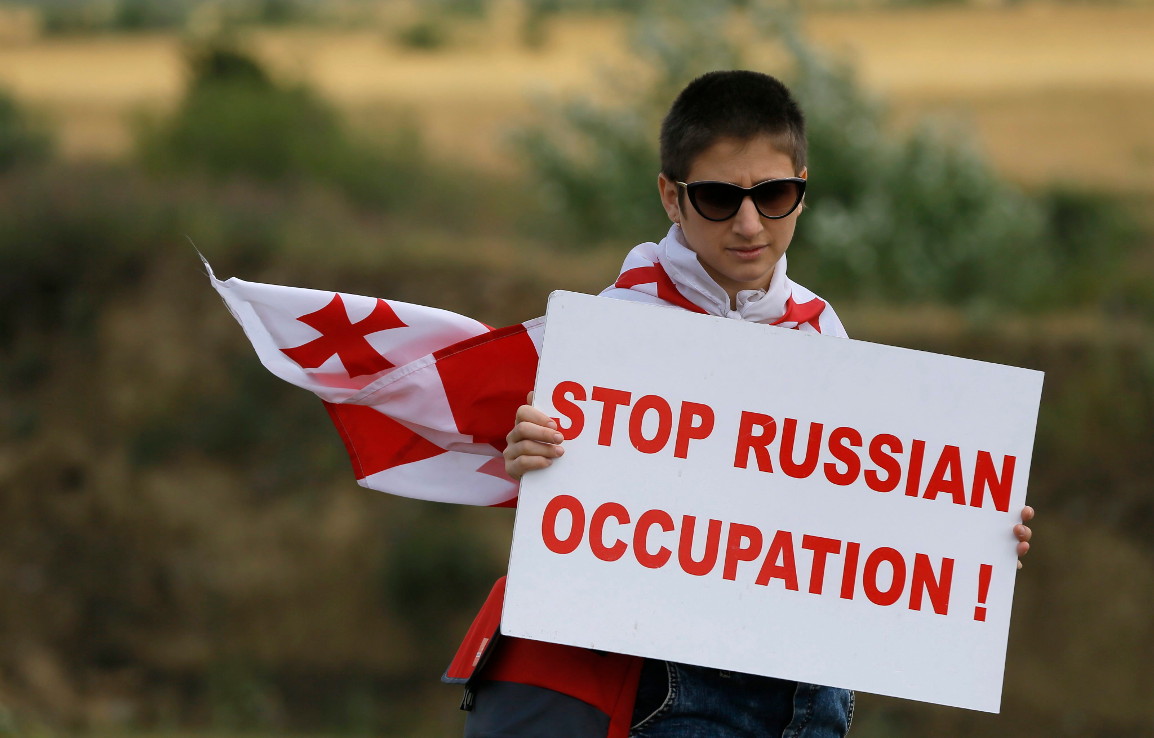 Both main rivals obviously support the full dependence of South Ossetia from Moscow. The controversial issue is if and when should South Ossetia become a part of Russia. It is Bibilov who enthusiastically supports the fastest possible “unification”. For a long time, his party, One Ossetia, currently dominating in the “parliament” (20 out of 34 seats), has called for the referendum on unifying the two Ossetian Republics. Tibilov is much more cautious on the issue. He has warned against the negative reaction of international community for yet another annexation on the part of Russia. Tibilov has strongly advocated strengthening of the current “independent” status of South Ossetia, in closer alliance with Moscow. Still in mid March the polls suggested the victory of Tibilov (24%), followed by Bibilov (15%); but over 50% of respondents were still undecided. The surprisingly clear-cut victory of Bibilov means that he was finally supported by the Kremlin, which in turn implies that Russia will take a course aimed at the annexation of South Ossetia. This is confirmed by the recent incorporation of Ossetian troops into Russian military forces.

USA condemned the actions taken by separatist authorities, calling the recent voting “illegitimate”. The White House strongly emphasized that “The United States fully supports the territorial integrity of Georgia and its sovereignty within its internationally recognized borders”. The US position on Abkhazia and South Ossetia is clear and consistent. These regions are integral parts of Georgia. Russia recognized independence of the two rebellious regions after the war in Georgia, in 2008. NATO took the same position.

The problem of South Ossetia (same as that of Abkhazia, where two rounds of “parliamentary” elections took place in March) underlines the escalation of conflict between Moscow and Washington. The Kremlin began to change its policy towards Tskhinvali, leaning towards the Crimean rather than the Transnistrian scenario, only when the illusions that it would be possible to make a deal wit Trump were shattered. Russia, by upholding secession of the two regions, which in 1990s rebelled against the legal government in Tbilisi, hits Georgia – the closest US ally in the Caucasus. The configuration of powers in the area will, indeed, be very important for the development of the situation not only in the Black Sea basin but also in the Middle East, as the Caucasus is for Moscow a natural bridge linking it with the latter.