On the 9th anniversary of the outbreak of Russia’s war with Georgia, Vladimir Putin visited separatist Abkhazia where he mentioned Moscow’s support for this self-proclaimed quasi-state. The visit, criticized by Georgia, NATO and the United States, confirms Moscow’s acceptance of a confrontational course also in the Caucasus. 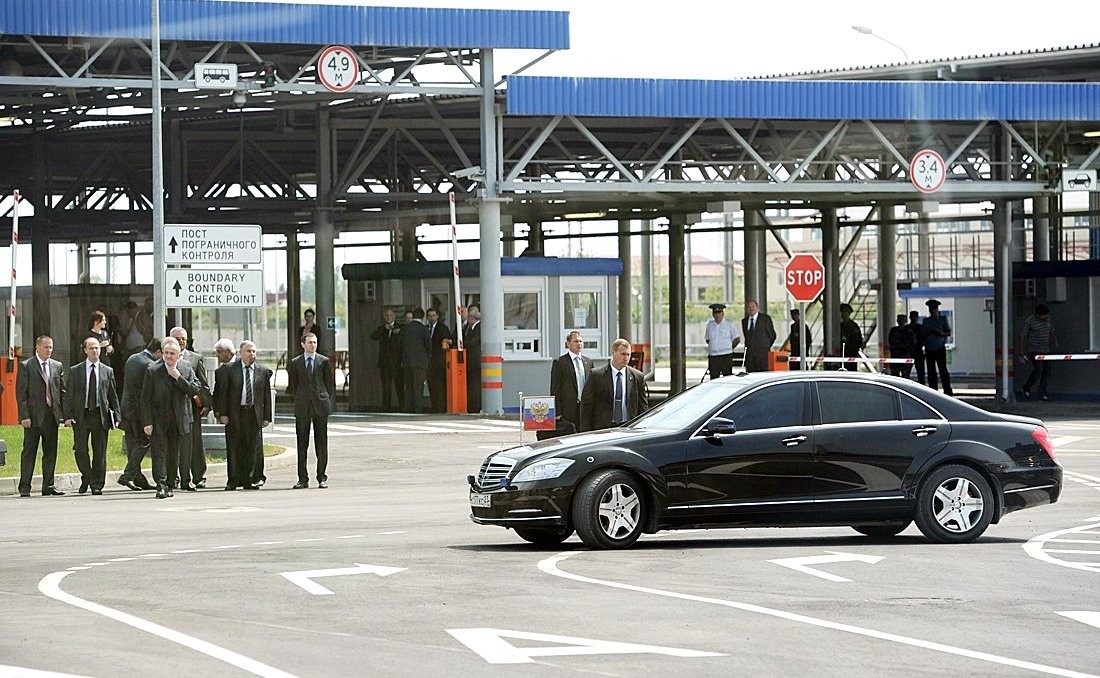 Putin was received by the “president” of Abkhazia, Raul Khajimba, in the Black Sea resort town of Pitsunda. President of Russia straightforwardly explained what “completely special relations” of Moscow with Sukhumi are; as he said “we can confidently guarantee the security, self-sufficiency and independence of Abkhazia.” Of these three things only the first one may be considered as true one but in a very specific form because it guarantees security against Georgian military activities. In fact, according to international law, Abkhazia is perceived as a rebellious part of the Georgian state, currently occupied by Russia. After the war in 2008, Abkhaz separatists, similarly as South-Ossetian ones, declared independence, which was recognized only by a few countries, including Russia. And Moscow needs to provide economical support to this isolated region.

Putin’s presence in this region right on the anniversary of the outbreak of the Russian-Georgian war symbolises the durability of change, namely the detachment of Abkhazia and South Ossetia from Georgia. The visit is also a part of a confrontational policy led against the United States; Putin came there a few days after Vice President Mike Pence’s visit in Tbilisi, where he reasserted on Washington’s position on the territorial integrity of Georgia and assured that the issue of the country’s admission to NATO is still an essential part of the agenda. In Georgia, there have been also some international military exercises with NATO troops. In the light of the events of the last days, one may assume that these political environments in Tbilisi that mentioned their eagerness to normalise relations with Russia (Georgia broke diplomatic relations with Russia after its lost war in 2008) will probably not give up. As for Moscow, it seems to aim at escalating the situation, as evidenced by Putin’s visit to Abkhazia and recent military exercises in the region as well as in the South Ossetia. Moreover, an idea of integration of South Ossetia with the North one, that is a part of Russia, remains “alive”, which would possibly end up with Russian annexation of a part of the Georgian territory.

The issue of Abkhazia is not so easy to tackle as a great majority of its inhabitants express their nationalistic views and they will not get rid of their independence, even the one existing only on paper. On the other hand, about half of the population are Russians, Armenians and Georgians. There is no doubt that the two first groups naturally gravitate towards Russia. In 2014 Moscow strengthened its control over Abkhazia, mostly by ensuring Raul Khajimba, linked with special forces, would be elected new “president”. During his term of office Sukhumi signed a new contract with Moscow, as a result of which Abkhaz military forces became a part of the Russian army. Also, new Russian troops and weapons, including S-300 missile systems, could be observed in the region.