St. Petersburg’s Window to the West

Russia’s President, Vladimir Putin, used the St. Petersburg International Economic Forum for political purposes again. In the face of the conflict with the West, removing Russia from such international bodies as G-7, and isolation by some Western states, events like the one in St. Petersburg are a good opportunity to present views and offer some proposals. 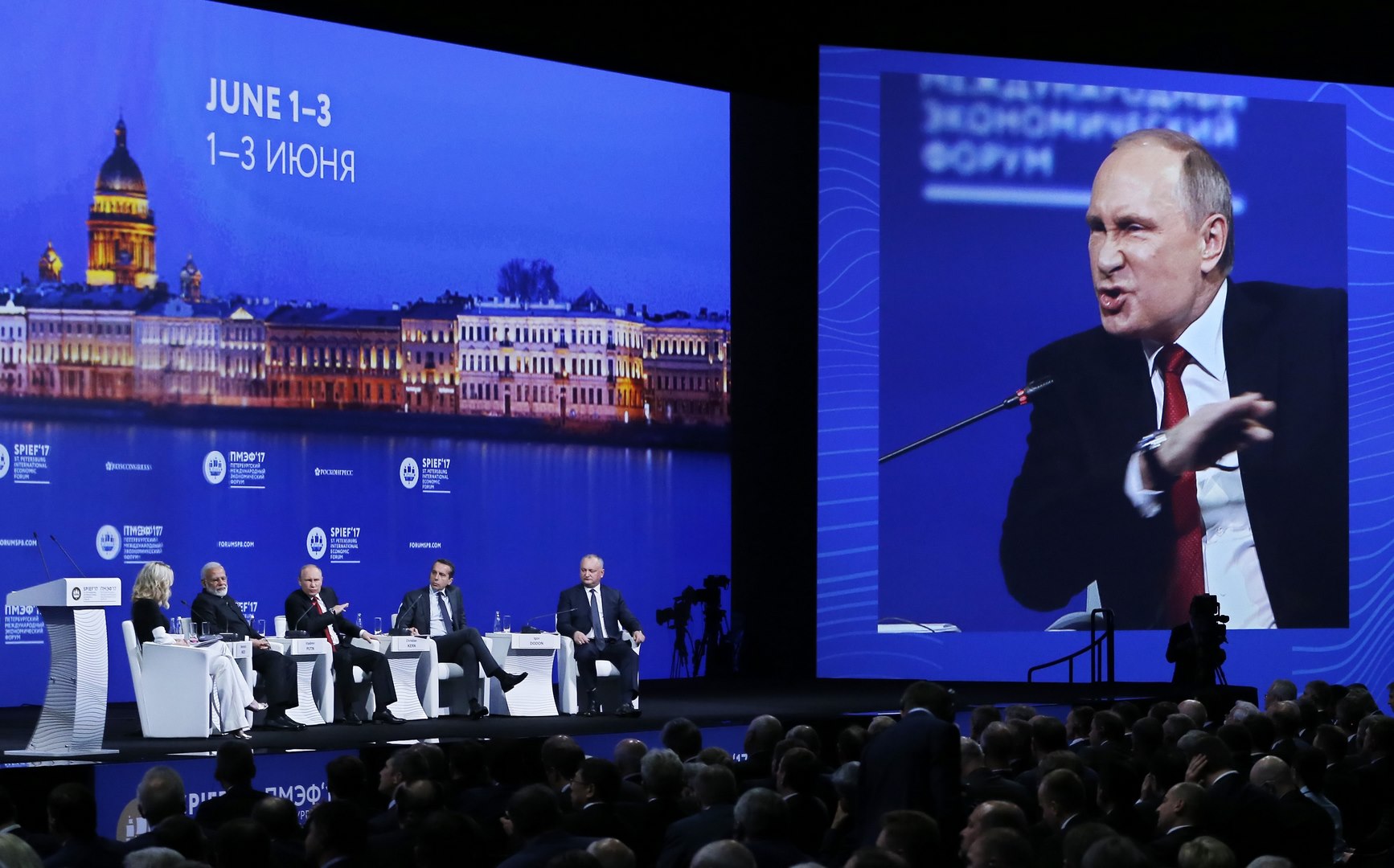 The St. Petersburg International Economic Forum (SPIEF) has been organised annually since 1997. It had a lot of German highlights this year. Several major contracts were signed (in spite of the sanctions), and these include Siemens and Knauf. The German Committee on Eastern European Economic Relations and the Association of Russian Entrepreneurs also resolved to cooperate on the digitalisation programme. The Forum also featured a face-to-face meeting of Mr. Putin with Germany’s Foreign Minister, Sigmar Gabriel, and then, the gala dinner attended by representatives of several German companies and the former Chancellor, Gerhard Schroeder. A party colleague of Mr. Gabriel, he is, at the same time, one of the most influential executives in the Nord Stream and Nord Stream 2 management.

Vladimir Putin sent some peace signs through business channels to the USA, too. The Forum was attended by a large (over 300 strong) group of American businessmen. Russia’s President asked them to help build political dialogue between the USA and Russia. He went on to convince that normalisation of US-Russian relations would be good for business in both countries. Mr. Putin also understated the allegations expressed towards Russia in relation to the US presidential campaign in autumn 2016. During a debate at the Forum, the president assured that he had read American reports and they did not contain any hard data, and going over and over again this topic would only impair international relations, global economy, security issues, and fighting terrorism.

The conciliatory tone of Mr. Putin had its limits, though. Russia suggests to resume “business as usual” but on its own terms. While criticising NATO, Russia’s president emphasised that the Alliance had been established as a cold war tool and was still used by the USA as their foreign policy instrument. He also confirmed the ongoing support for the regime of Bashar al-Assad in Syria, repeating once again that there was no proof that the government forces had used chemical weapons in April in Idlib province.

The specific nature of the message sent by Mr. Putin in St. Petersburg shows that the Kremlin maintains its current political line: supporting business cooperation (with highlight on how profitable this is for Western companies) with a firm stance towards Western governments, in particular on such key ignition points as Syria and Ukraine.