On one hand Moscow argues that Sergey Lavrov’s visit in the White House is a proof of increasing chances for a breakthrough in the recently rather low relations between Russia and the US, but on the other hand Moscow keeps provoking the US. Recently, there have been two air incidents with Russian aircrafts involved – this demonstrates what is Kremlin’s actual political line towards the United States. 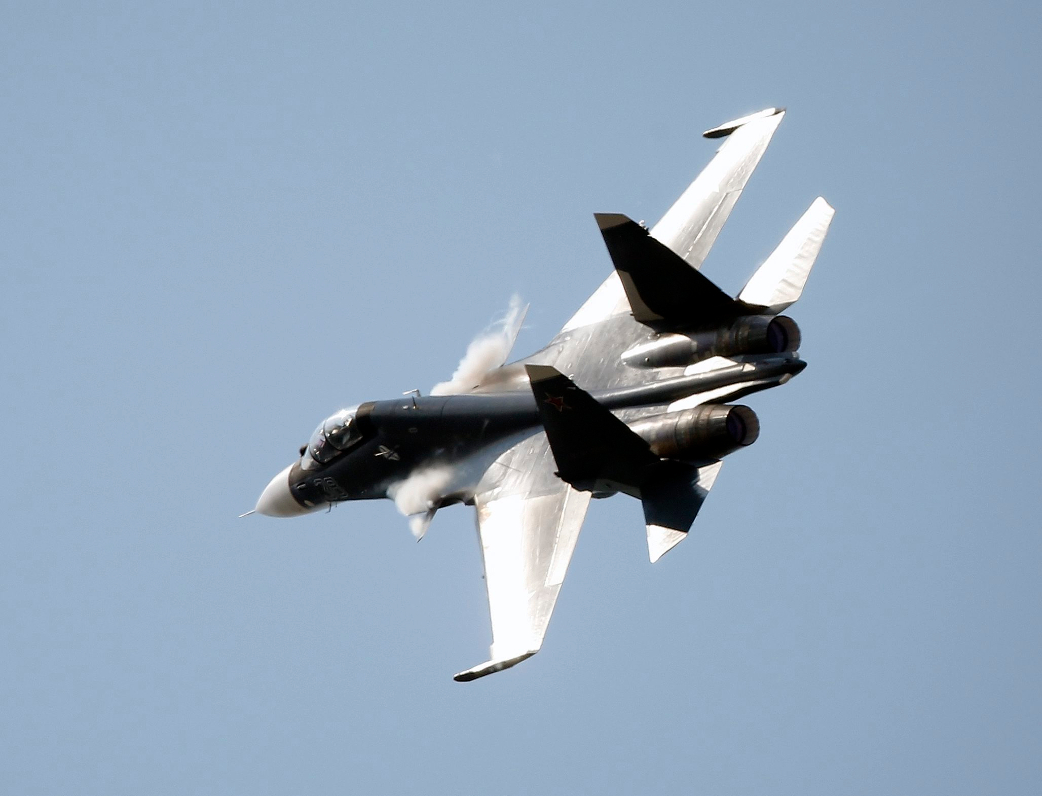 Recently US ships and aircrafts have had to deal with repeated Russian provocations in international waters and the adjacent airspace. As we have written in Russia Monitor, the escalation of such actions is a result of Kremlin sharpening its policy towards the new US administration in response to Donald Trump’s unwillingness to grant concessions to Russia and, generally, disappointment with the US policy. Even such alleged signals proving that bilateral relations have improved (as claimed by the Kremlin), for example, the recent visit of Sergey Lavrov in Washington and his talks with Rex Tillerson and Donald Trump, do not change the situation.

On May 4, the Americans informed that a couple of days earlier two US F-22 Raptor stealth jets intercepted two Tu-95 Russian strategic bombers, accompanied by two Su-35 fighter jets. Russian planes appeared off the coast of Alaska. This has been yet another such case last month, but this time – the first time in several years – the bombers were accompanied by fighters. Four Russian aircrafts came as close as 80 km to the US border. They remained outside of the US airspace (it starts 20 km off the coast), but nevertheless deeply inside the zone of 320 kilometers, where Americans expect foreign airplanes to identify themselves. Gary Ross, a Pentagon spokesman, said that the US jets escorted the Russian bombers for 12 minutes, until the bombers reversed their course. Moscow replied that this was a “routine” flight above the neutral waters of the Pacific Ocean, along the Aleutians, in strict compliance with international regulations applicable to international airspace.

A much more serious incident occurred on May 9, over the Black Sea. A Russian jet came within merely 6 meters of a US Navy patrol aircraft that was conducting a routine flight in international airspace over the Black Sea. Armed with six air-to-air missiles, the Su-35 fighter jet flew so close to the US P-8A Poseidon for about five minutes. Russian defense ministry informed that Su-30 performed a “greeting” maneuver at a “safe distance” to determine the aircraft’s type. It added that later the US aircraft “changed the flight route towards moving from the border with Russia”, and the Russian fighter jet safely returned to its base airfield. This was yet another such incident in this part of the world since Donald Trump took office: in February four Russian aircrafts buzzed an US warship in the Black Sea, from the distance of 91 meters. Now, the timing chosen for the provocation by the Russians was not accidental, just before Lavrov’s visit to the USA. It was the Victory Day, the anniversary of the the victory over Germans in 1945, celebrated by former Soviet republics. On that very day Vladimir Putin said at the Red Square that today the armed forces of Russia are strong enough to repel any potential aggression.