Moscow’s Eye In the Heart of Abkhazia

Russia continues its creeping annexation of Georgian territories, even though in 2008 it recognized them as independent states. Despite the protests of Tbilisi government and of Abkhazian opposition, a new body has been created in Sukhumi. It is formally a joint body – Russian and Abkhazian – but in fact it is fully controlled by Moscow. It will allow Moscow to more effectively govern Abkhazia, where, unlike in South Ossetia, there exist strong opposition and pro-independence sentiments. 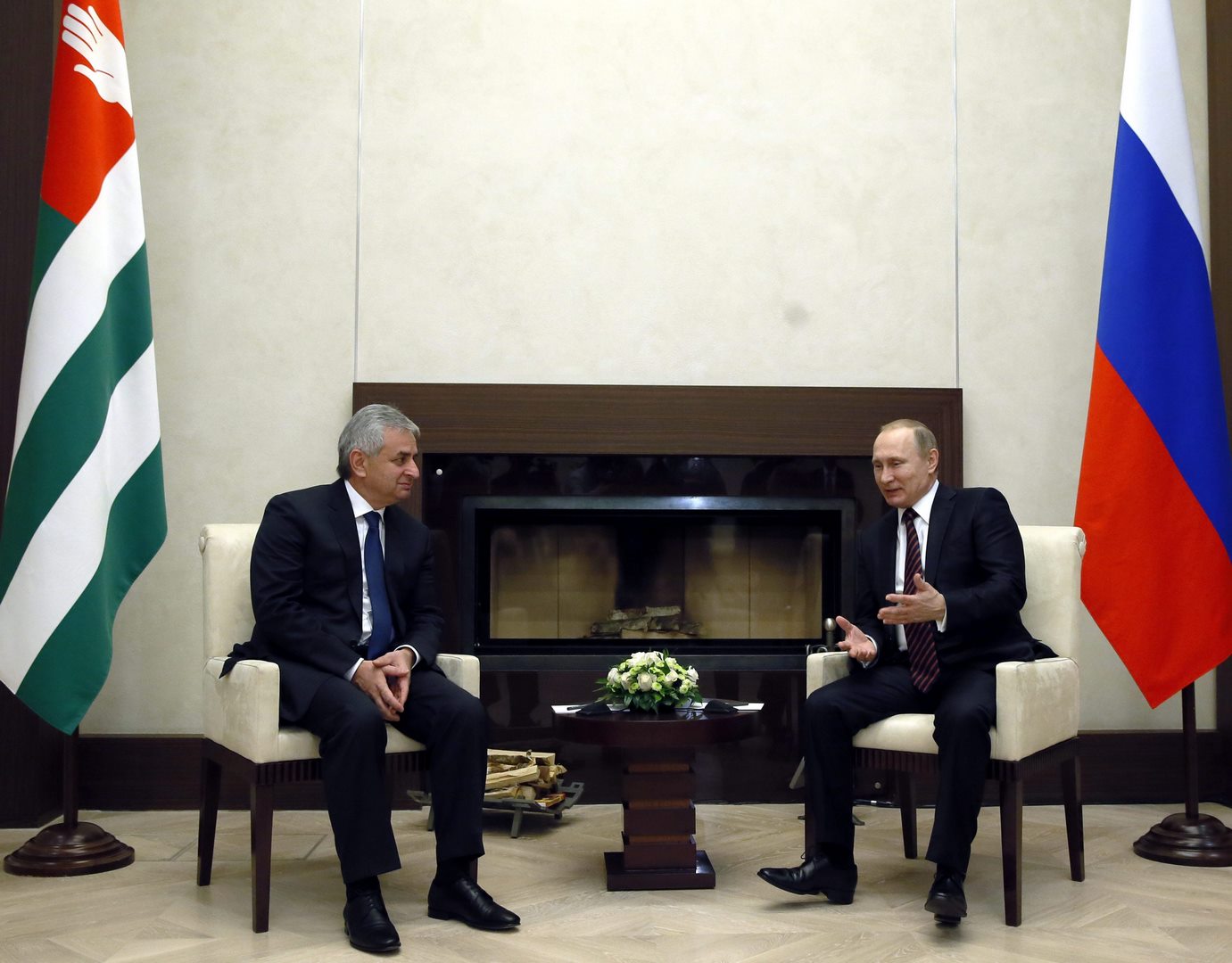 Interior ministries of Russia and of separatist Abkhazia have signed an agreement establishing a joint “Information and Coordination Center” on the territory of this unrecognized republic, with the aim to help counteract organized crime. This not only sparked protests in Tbilisi but also upset the Abkhazian opposition. The day before the agreement with the Russians was to be signed, 15 out of 35 deputies of the recently elected parliament officially appealed to president Raoul Khajimba and to deputy prime minister Aslan Kobakhia to postpone the signing ceremony and change the text of the agreement. The deputies wanted to introduce a provision giving the parliament more control over Center’s activity. Nevertheless, on May 18, in the the city of Sochi, Kobakhia and Russia’s deputy interior minister Igor Zubov, signed the agreement, just as they had planned.

The agreement establishing the Center is part of the treaty on “the alliance and strategic partnership” signed by Putin and Khajimba back in 2014. For Georgia, this is yet another step confirming the actual annexation of Abkhazia by Russia. Moscow wants to use the Center to control Abkhazia more effectively. The true aims of the Center are different than declared. This is proved by the high number of staff; 10 persons from each side. The Center, in practice, will not be controlled by Abkhazian authorities at all. Article 10 of the agreement states that Russia and Abkhazia will finance the Center jointly, whereas in article 24, it is declared that the Center will be financed by Russia. The Center, moreover, is obliged to submit, once a year, a list of its expenses to the ministry of finance of Abkhazia and to Russian ministry of North Caucasus affairs. The agreement grants diplomatic immunity to Russian employees of the Center and their families.

The way the agreement was proceeded, the fact that it was secret, as well as the conditions of Center’s functioning indicate that it may be a center of Russian special services, which could control separatists more effectively.