Presidential elections in Russia have been scheduled for March 2018. Vladimir Putin hasn’t declared yet whether he will participate. Thus it’s not surprising that each mention of the topic by Putin elicits a strong response. This was also the case on April 20 in the Kremlin at the meeting of the organizational committee for Russian celebrations of the end of World War II. One of the participants, an Afghan veteran, said that according to some senator the current chairman of the State Duma, Vyacheslav Volodin, would be the “rightful successor” of President Putin. Putin replied briefly: “The successor of president of the Russian Federation may only be chosen by the Russian people in free democratic elections”. 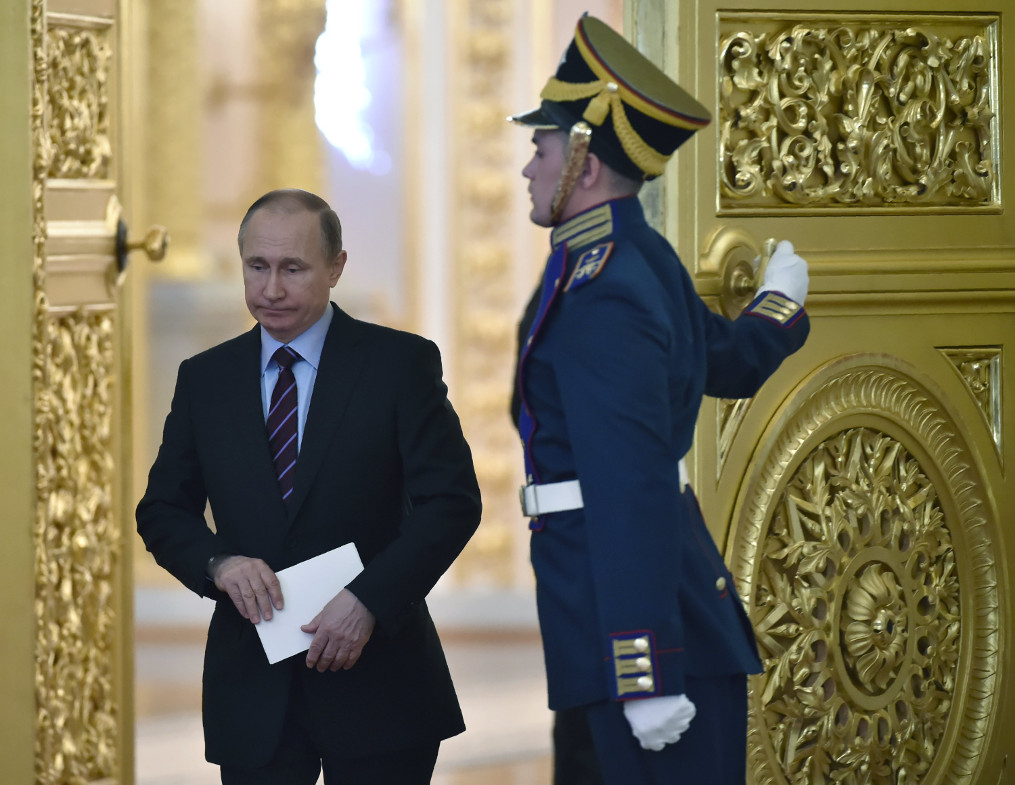 This looks like a setup. And it isn’t about Volodin at all. The former chief of Kremlin administration is popular and loyal, but he’s already 53, and Putin will very likely give up Kremlin only in 2024. Now he’s changing the cadres. He promotes young technocrats, such as Anton Alikhanov, the governor of Kaliningrad Oblast, and faithful former security guards, such as Alexey Dyumin, the governor of Tula. Putin is preparing people out of whom he will select his successor in 2024. First, they will obviously have to step down from their governor positions and will be appointed to top central government posts. But this is still far away. First, it’s necessary for Putin to ensure the fourth term in office – in presidential elections to be held in one year’s time.

It is still unclear what will be the leading theme of the election campaign. It seems that war with Islamic terrorism, once very effective, does no longer guarantee success. Maybe the theme will be some external conflict. The problem is that since 2014 the security situation in Europe has changed considerably – Ukraine is stronger and NATO is better prepared to resist aggression. Putin may decide to win as the leader of anti-corruption crusade and the suppressor of the “fifth column”, financed by the CIA. Surprisingly numerous anti-corruption demonstrations after the Alexei Navalny’s report, exposing the properties owned by Prime Minister Dmitry Medvedev, show that playing the anti-corruption card may prove beneficial for Putin. By arresting corrupt governors (their list keeps getting longer) and selected members of the opposition, Kremlin shows that it notices and reacts to social expectations, and at the same time it captures the opponent’s “topic of the day” (a favorite tool in the arsenal of measures of Putin’s adviser Vladislav Surkov), thus convincing the Russians that the regime is purging itself of “contaminators”.