For the second time in the last 2.5 months Alexei Navalny mobilized tens of thousands of people to take to the streets of Russian towns. Anti-government protests were staged on June 12 in almost 140 towns; in many places, without consent of the authorities’ which used force to suppress them. Two thousand people were detained. Shortly before the planned protest in Moscow, Alexei Navalny was detained and sentenced for 30 days of administrative arrest for “organizing unauthorized gatherings”. 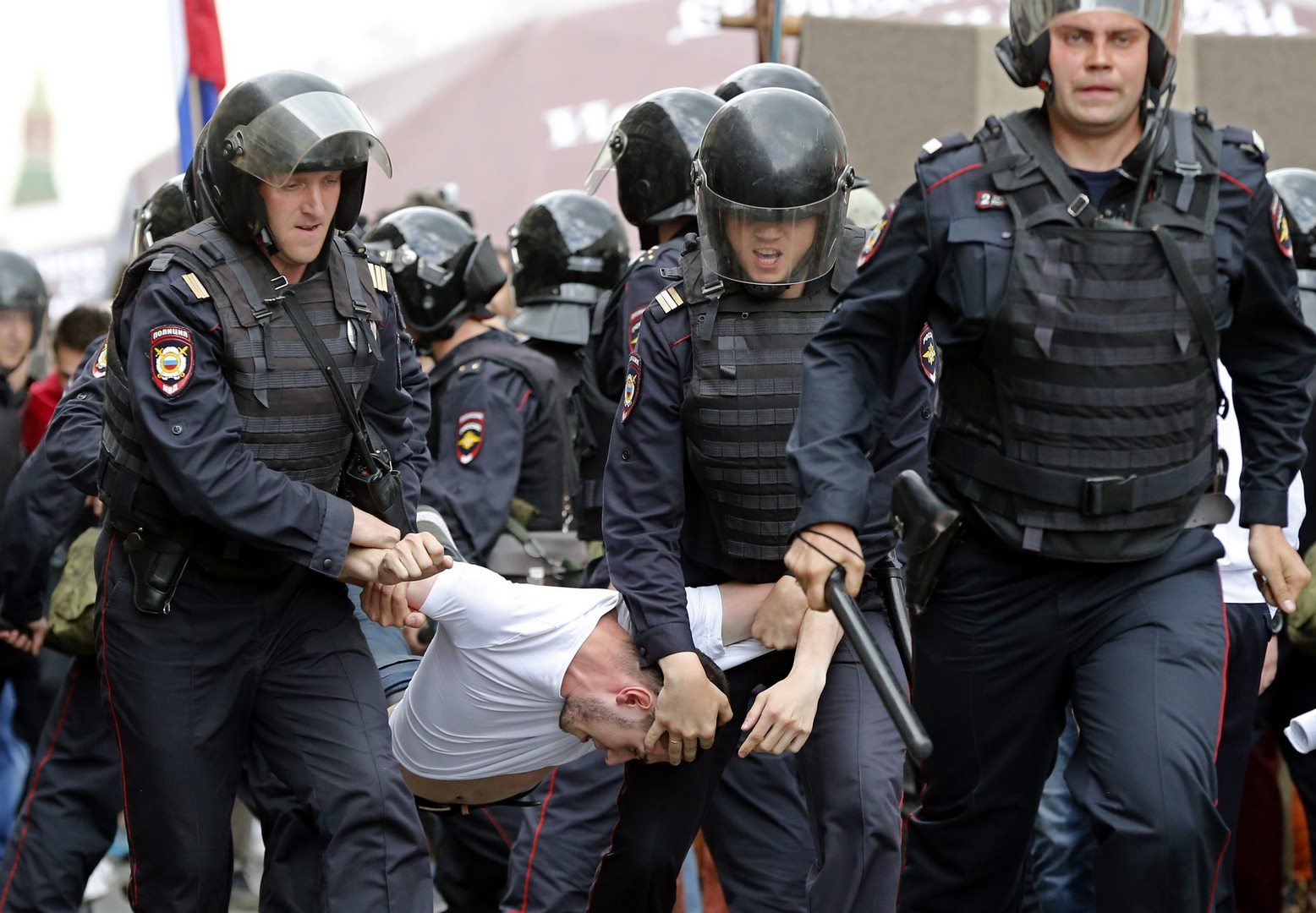 On March 26, Navalny called people to take to the streets for the first time. The scale of protests took the authorities by surprise then. This time, however, demonstration plans have been known for a long time. Nevertheless, despite regime’s efforts and previous repressions (detention of Navalny’s collaborators, searches of his offices), and despite the media campaign against Navalny, the number of protesters was comparable to that in March. Moreover, the geographical extent of the protests was greater.

Moving the Moscow demonstration at the last minute by Navalny from the location accepted by authorities to a different place (under the pretext of technical problems) shows that its organizers no longer avoid confrontation. Their radicalization is, moreover, proven by the fact that even though anti-corruption and anti-government slogans and demands for improvement of financial situation dominated, there were also slogans for the first time targeting the president directly. The authorities must be concerned by the large number of young people taking part in demonstrations. What is even worse, the possibilities to influence the youth are limited – young people do not succumb to propaganda, as they do not watch TV but get information from the web. The protests also complicate Russian foreign policy. Violent repressions are detrimental for the image and meet with reaction of international organizations. Detentions of hundreds of demonstrators have been condemned by the White House. Chief of the EU diplomacy Federica Mogherini called Russian government’s actions threatening the fundamental freedoms.

Demonstrations of June 12 prove the high level of public dissatisfaction with the current government, especially among young, metropolitan population. This may be a potential threat to the Kremlin scenario for presidential elections to be held in March 2018. The regime will respond by taking a harsher course and escalating repressions. Currently, the siloviki have a decisive word in Putin’s entourage and they stand for a more authoritarian regime (i.a. Victor Zolotov). This is demonstrated by the increased powers of the National Guard, but also by the growing influence of the “hawk” – Igor Sechin, the head of Rosneft who has strong influence in FSB. The regime has already taken steps to neutralize any independent activity of citizens. Draft bills aimed at maximally limiting the anonymity in the Internet have been submitted to the Duma. An idea has also evolved to establish a committee monitoring i.a. “Russian media loyal to the West” and non-governmental organizations “fuelling the protest moods in Russia”.