Russia will supply warplanes, tanks and armored vehicles to Serbia. Confirmation of this news coincided with the presidential elections in this Balkan state. The decisive victory of Aleksandar Vucic means that Belgrade’s bi-directional policy will be strengthened and continued. Serbian aspirations to join the European Union are accompanied by its aversion to NATO and its strengthened collaboration with Russia in security. However, such maneuvering between Brussels and Moscow cannot last forever, and Russians are more active than the West, striving with determination to drag Serbia to their own camp for good. 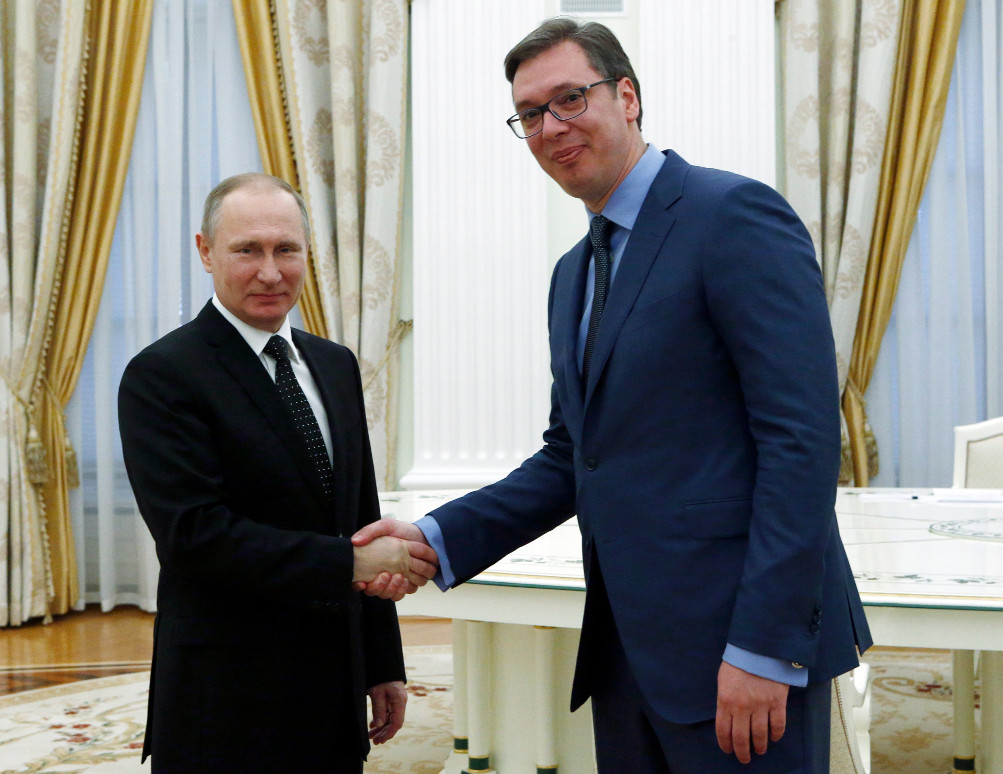 Vladimir Putin has promised Aleksandar Vucic to deliver the arms during a recent visit of the chief Serbian government in Moscow. This arrangement is to be finalized now. The shipment will comprise six MiG-29 fighter jets, 30 T-72 tanks and 30 BRDM-2 armored vehicles. These weapons are to come from the reserves of Russian Federation Military Forces, and Belgrade will pay nothing for them. Belgrade, however, will cover the costs of repair and modernization of the equipment, to be carried out in Serbia by Russians. Getting the aircrafts ready for combat alone may cost ca. 200 million euro. The victory of Vucic in the presidential elections on April 2 fosters further cooperation with Russia. Acting Serbian PM, running in the elections as the candidate of the ruling conservative Serbian Progressive Party (SNS), won already in the first ballot, getting over 50% of votes. Vucic has lead Serbian government since 2014, and established himself as the most powerful politician not only in Serbia but also in the entire region. He cleverly gets his message across both to the pro-western Serbs and to the supporters of Russia (including highly radical nationalists). The cooperation with Moscow is backed by history and by the feeling of religious unity (Orthodoxy). Serbia formally applied for the EU membership in 2009. The negotiations began in 2014. Belgrade expects that they will end in 2020. Serbia’s attitude towards Russia will surely not contribute to their successful finale. Belgrade failed to impose sanctions on Moscow authorities, although the Union demanded such action from the candidate countries.

Soon after his presidential victory, Vucic underlined that Serbs voted for the EU accession policy, but at the same time for maintaining close relations with Russia. Such collaboration is manifested mainly in the sphere of security. It is not limited supplying Russian military equipment to the Serbian army. This year, in September, Serbia will take part in the military exercise of Collective Security Treaty Organization in Kazakhstan – for the first time as a fully-fledged member. For a long time, Belgrade has had the observer status in CSTO, a military alliance assembling some of the post-soviet countries. Russians want to use Belgrade to block the process of NATO enlargement incorporating countries of former Yugoslavia. In the neighboring Montenegro, during recent parliamentary election, a group of Serbian radicals sent there and supported by Russian secret services, attempted a coup d’état, thus halting the country’s accession to the North Atlantic Alliance. Formally, Belgrade maintains positive relationships with NATO (three agreements have been signed in the past four years), however there are no chances for integration – considering Serbia’s strategic objectives (first of all, Kosovo) and the fact that NATO members already include, i.a., Croatia, Serbia’s traditional enemy. In local conflicts, Serbs count on Russian support and Moscow strives for Serbia to officially proclaim neutrality, which in practice would mean that Serbia remains in the Russian sphere of influence.