The pressure on Vladimir Putin to dismiss his chief of government is mounting. The poll by Levada Center, released on April 26, shows a growing dissatisfaction of Russians with their prime minister. As much as 45% of respondents believe that Dmitry Medvedev should resign. On March 2, an oppositionist and blogger Alexei Navalny presented a report in which he accused the prime minister of using charity and non-profit organizations to accumulate funds from oligarchs and from state banks, and purchase exclusive properties with such funds. Later, Navalny led thousands of people demanding Medvedev’s dismissal to the streets. 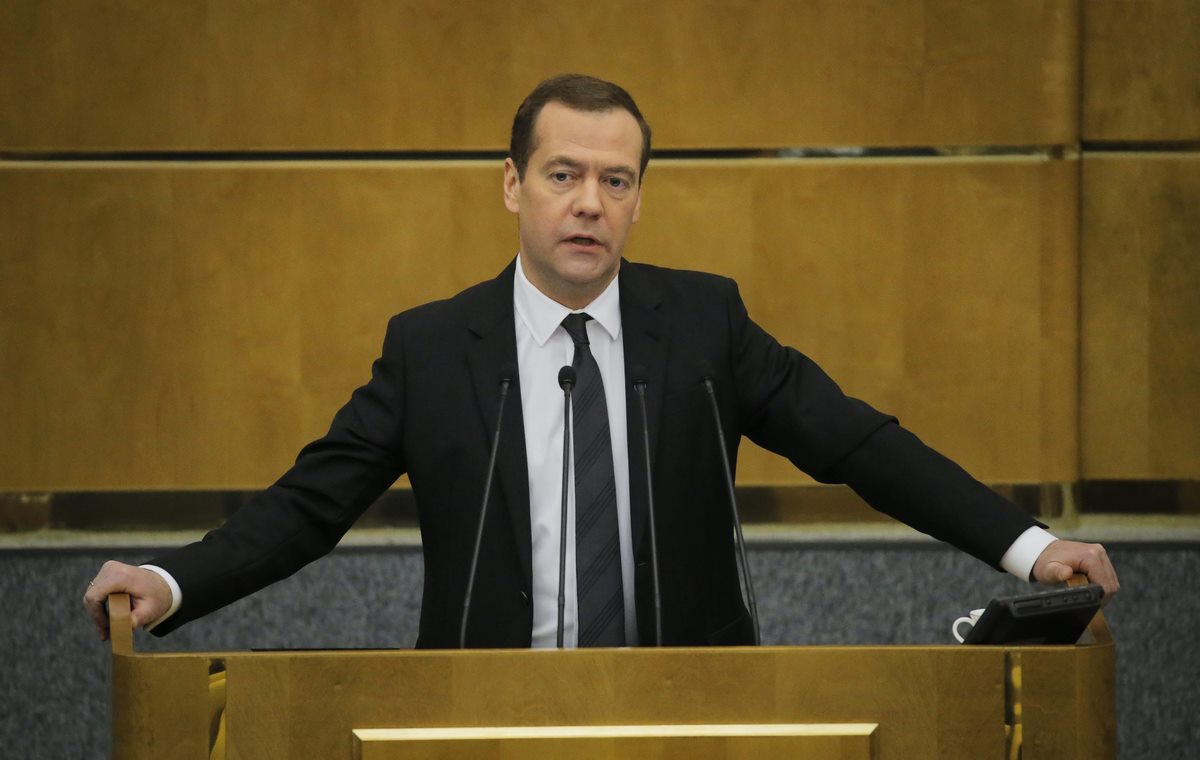 Medvedev’s spokeswoman Natalya Timakova stated that the said poll of Lavada ha been conducted on political orders. She didn’t specify on whose orders. Medvedev’s chief opponent is said to be Igor Sechin, the chief of an oil giant Rosneft. Personal conflict between Medvedev and Sechin reflects the clash between two concepts of economic policy under Putin’s rule: the first one provides for state dominating economy whereas the second is more market-oriented. The first one is supported by the siloviki, the second one by the technocrats. Recently Medvedev has lost confrontation with Sechin one by one. He didn’t manage to block the sale of Bashneft to Sechin’s oil giant, and siloviki led to the arrest of the minister of economic development. There are rumors that the chief of Rosneft allied with the financial and political group of Kovalchuk brothers who belong to Putin’s inner nexus, and that together they strive to put Sergey Kiriyenko at the head of the government. Another coalition, of Rotenberg brothers and Sergey Chemezov, is said to be lobbying for Anton Vaino. Candidates to replace Medvedev include also Valentina Matviyenko, a highest ranking woman in the hierarchy of power today, always loyal to Putin.

Putin is said to have promised to Medvedev in 2011 that the latter would be the prime minister until 2018. This isn’t the only reason for not dismissing Medvedev, who’s been loyal to Putin for many years. His dismissal would in fact imply that Navalny was right and that demonstrations in March were legitimate. It would also be a manifestation of fear of yet another wave of demonstrations, planned for June 12. Medvedev’s dismissal will take place only when Putin decides that Medvedev is harmful for his popularity. At the moment, however, it looks as if the prime minister has become a “whipping boy” and he gets the blame for all the corruption in Russia. Exposing Medvedev’s corruption diverts public attention from other top officials, including Putin.

It cannot be ruled out that Putin may decide to dismiss the increasingly unpopular (even though absolutely loyal) prime minister and get rid of this political baggage right before the presidential elections. Removal of the discredited prime minister would be a culmination of the ongoing operation, whereby governors and top officials and administration members are being dismissed on a one-off-basis, sometimes also accused of corruption. Putin could also put the blame for poor economic performance on the prime minister and his government. Some people in Putin’s circle, however, may not want to wait with the dismissal of Medvedev until the elections. According to the constitution, if anything happened to the incumbent president, the prime minister would take over the office. Such a scenario would be disastrous for Medvedev’s enemies. Surely, Putin himself is aware of that. That’s why he hasn’t dismissed Medvedev. If he did, and if for example someone supported by the siloviki became the prime minister, the probability that something might happen to him would increase … Thus it should be expected that if the current prime minister is to be removed, it will not happen now, but closer to the elections in March 2018.