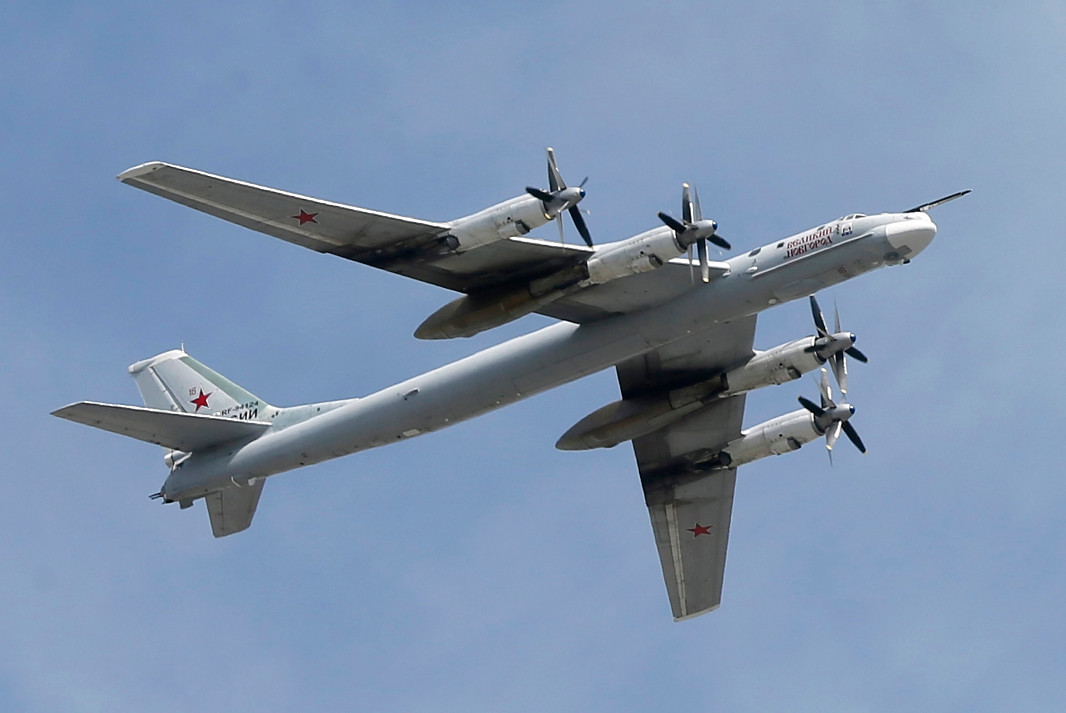 First, on April 17, two Tu-95’s flew along the Aleutian Islands to the south at the distance of over 150 km. The Russians were intercepted by two F-22 Raptor jets off the Elemendorf airbase in Alaska and assisted for 12 minutes until they returned. Approximately 24 hours later, two more Tu-95’s (NATO reporting name: Bear) appeared near Alaska again. This time, they were only followed by the E-3 Sentry early warning and control aircraft. On Wednesday, April 19, the patrol of Il-38’s of Russia’s naval aviation – no jets took off, either. Russians appeared in the area for the fourth time on April 20. Close to the border of Canada’s airspace – they had not been seen here for over two years, either. For the last time, they were spotted here in December 2014 when a Canadian fighter jet intercepted Russian aircraft approaching from the Far North. Two CF-18’s took off when the American early warning system in Alaska spotted two Tu-95’s approaching from the west towards the Canadian border. The Russians were also observed by two US F-22’s from Alaska.

Previously, the Russians made such regular flights in 2012-2014, before Tu-95’s were grounded for a longer period due to safety concerns after the accident on 8 June 2015. One of the bombers collapsed on the runway and caught fire, one crew member was killed, several were injured. For the last time, a pair of Bears flew along Alaska and California on 4 July 2015. The resumption of flights in the Arctic coincides with the most serious crisis in US – Russia relations for years, several days after Secretary of State Rex Tillerson visited Moscow. The near-Canada flight shows that Russia also considers Ottawa as an enemy, beside the USA and Great Britain. And this is in spite of Justin Trudeau government’s initial plans to attempt to improve relations with Moscow. In this case, similar to London, the chemical attack in Syria, has changed the government’s stance.

Resumption of air patrols near the border of the USA is just another step of Moscow’s departure from the “waiting for the change” policy assumed after last November’s victory of Donald Trump. Since the swearing-in of the new president, Kremlin’s disappointment has been deeper and deeper each month. The quickly chilling relations are accompanied by the return of the policy of military confrontation characteristic for the period of 2014-2016. The appearing of the Russian intelligence collection ship, Victor Leonov, twice near the eastern coast of the USA as well as provocations by Russian aircraft towards the American USS Porter destroyer in the Black Sea are examples.