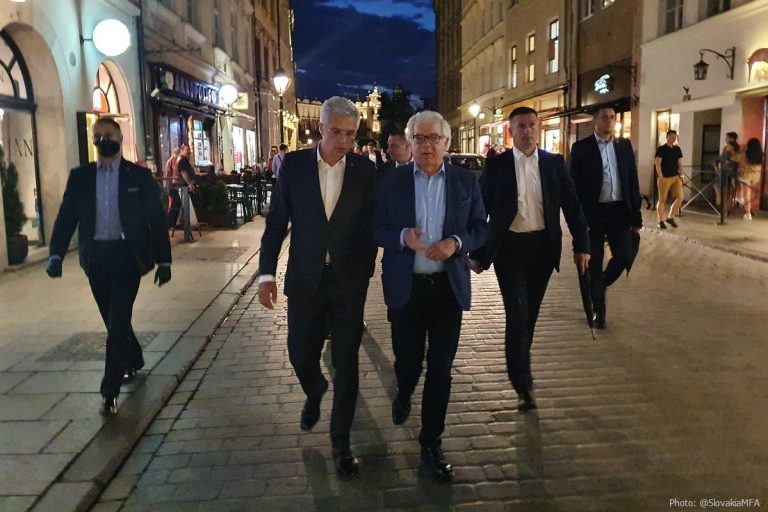 FOREIGN MINISTERS OF POLAND AND SLOVAKIA IN CRACOW ON THE EVE OF THE V4 MEETING. SOURCE: SLOVAKIA MFA

Today, on 7 July, the Visegrad Group chiefs of diplomacy will meet in Wadowice. It will be the first meeting at this level to be held as part of the Polish presidency of the V4, which started on 1 July 2020.

The summit will be hosted by the Polish Minister of Foreign Affairs Jacek Czaputowicz. The minister will present the main goals of the rotating one-year presidency. During the summit the top diplomats will discuss the Multiannual Financial Framework, German presidency of the Council of the European Union, EU enlargement, cooperation with the EU’s eastern partners, transatlantic cooperation and EU-China relations.

The plenary talks of foreign ministers of Poland, the Czech Republic, Slovakia and Hungary will be held at the Wadowice town hall. Next, Jacek Czaputowicz, Tomáš Petříček, Ivan Korčok and Péter Szijjártó will lay flowers at the monument to John Paul II. They will also visit the Wadowice basilica and the family home of John Paul II.