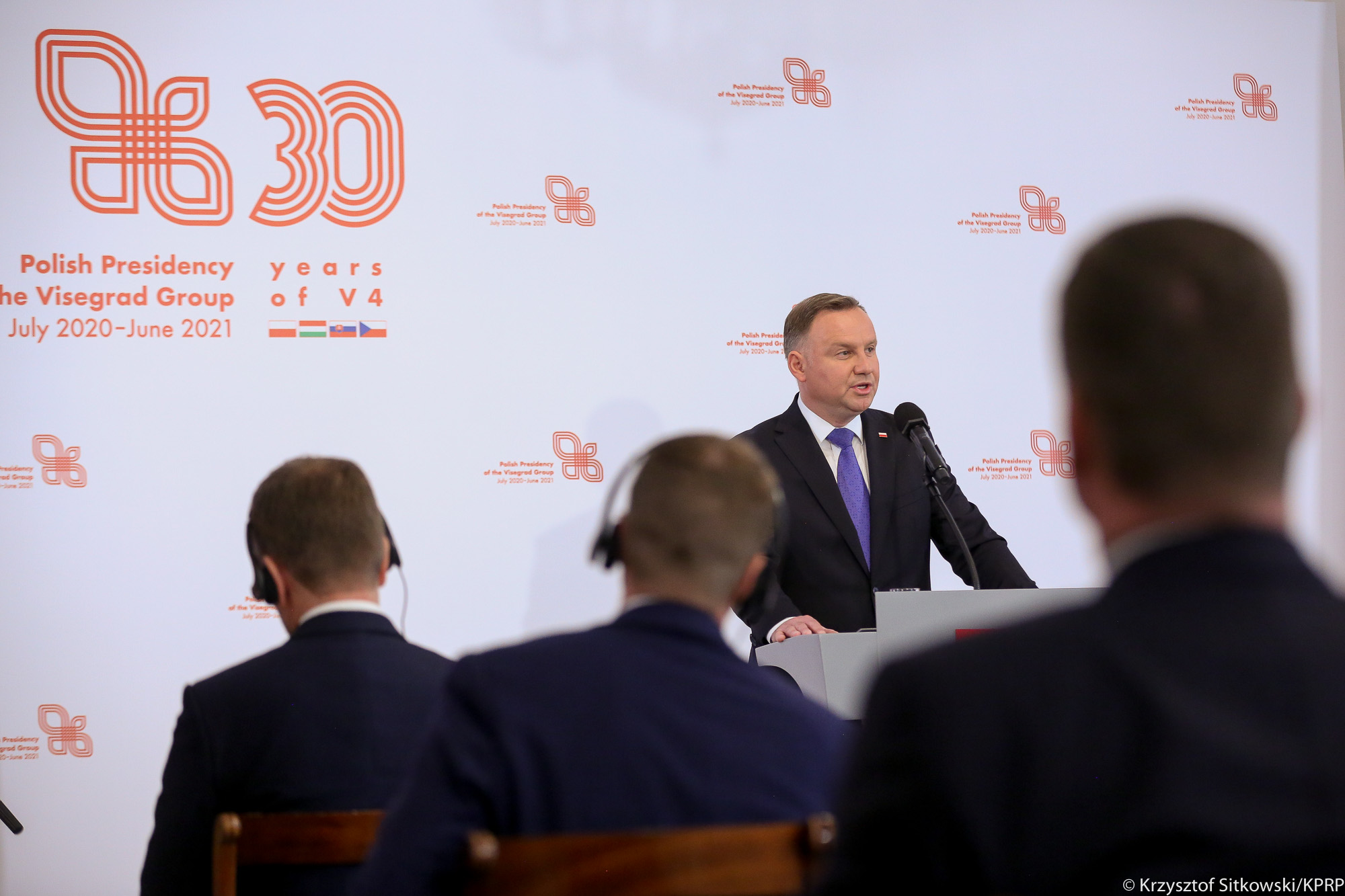 President Andrzej Duda declared that Poland’s presidency will be inspired by the motto “Back on Track”, which means a return to a path of development, contacts among people and economic cooperation.

President made the statement while addressing a V4 summit in Warsaw, attended by the PMs of Czech Republic, Poland, Hungary and Slovakia. Andrzej Duda also expressed gratitude to the Czech presidency which, despite coronavirus pandemic, managed to uphold high dynamics of dialogue and achieved much for the sake of the group’s common interests in the region and in the EU forum.

President also underlined that during the pandemic, all the V4 countries managed to cope well with health problems. He said that over the past three decades, the V4 has shown on numerous occasions that it is an effective format for coordinating the partners’ efforts, as well as facilitating the promotion of regional interests and better understanding among its members.

Andrzej Duda encouraged the V4 PMs to focus in their discussions on the next EU budget. He said that he believes it is the most important task, considering the EU policy.