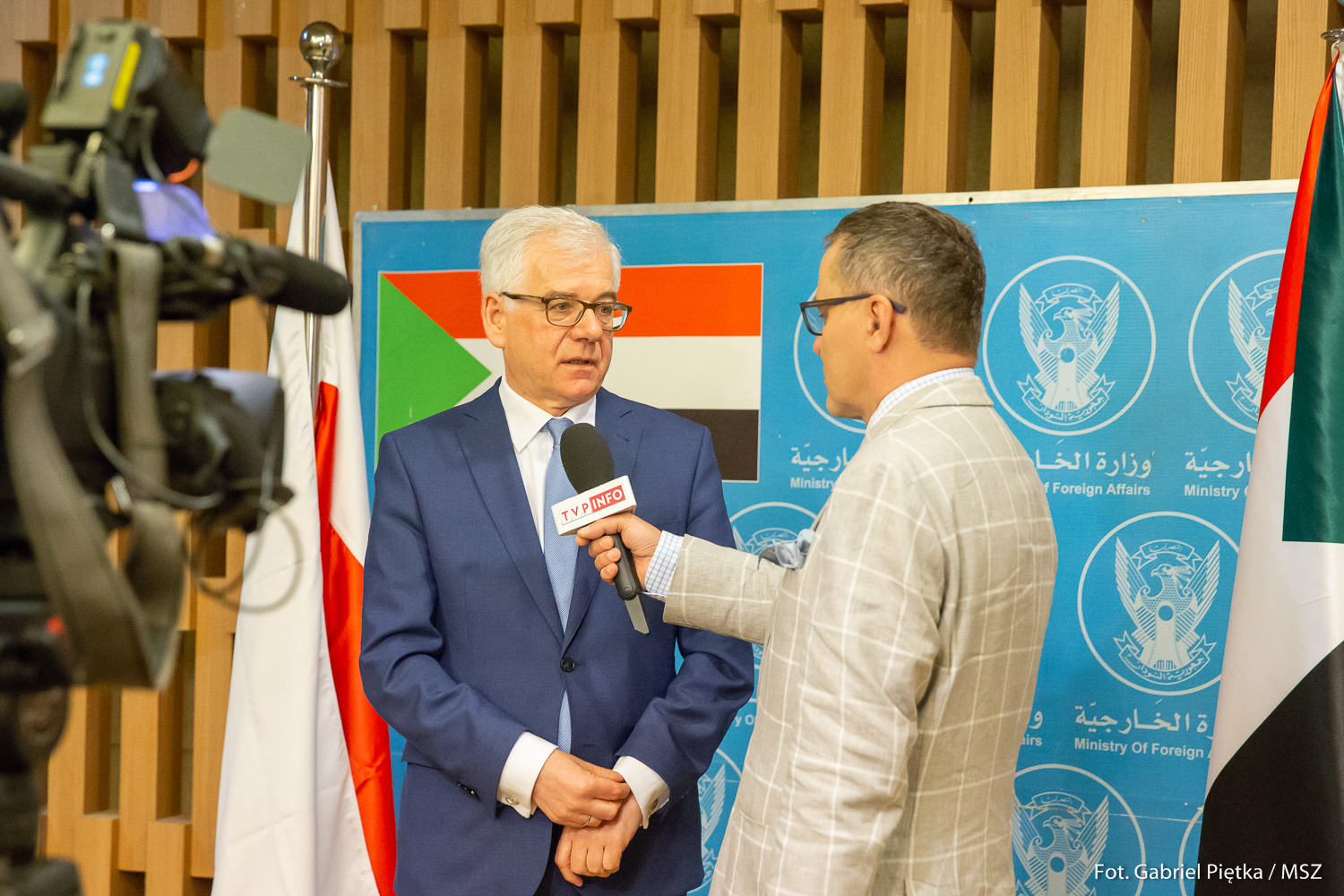 Reformatory efforts in Sudan have now received an offer of support from Poland’s FM Jacek Czaputowicz, who recently has participated in the Sudan Partnership Conference, organized by Germany, Sudan, European Union and United Nations.

The conference was an expression of the political support of the international community for the process of economic and political transformation in Sudan that followed the fall of the country’s seventh president Omar al-Bashir and his regime on April 11, 2019. It also aimed to raise funds to support the reforms introduced by the Sudanese Sovereignty Council and to reduce Sudan’s foreign debt burden.

Sudan Partnership Conference was attended by representatives of countries and international organisations, including UN Secretary-General Antonio Guterres, the High Representative of the EU for Foreign Affairs and Security Josep Borrell and the heads of the World Bank and the International Monetary Fund.

Minister confirmed Poland’s support for reforms introduced by the Sudanese authorities, namely the Sovereignty Council, to improve the situation of its people. He also expressed his recognition for the activity of the international community, in particular the Group of Friends of Sudan which significantly contributed to the organisation of Thursday’s conference.