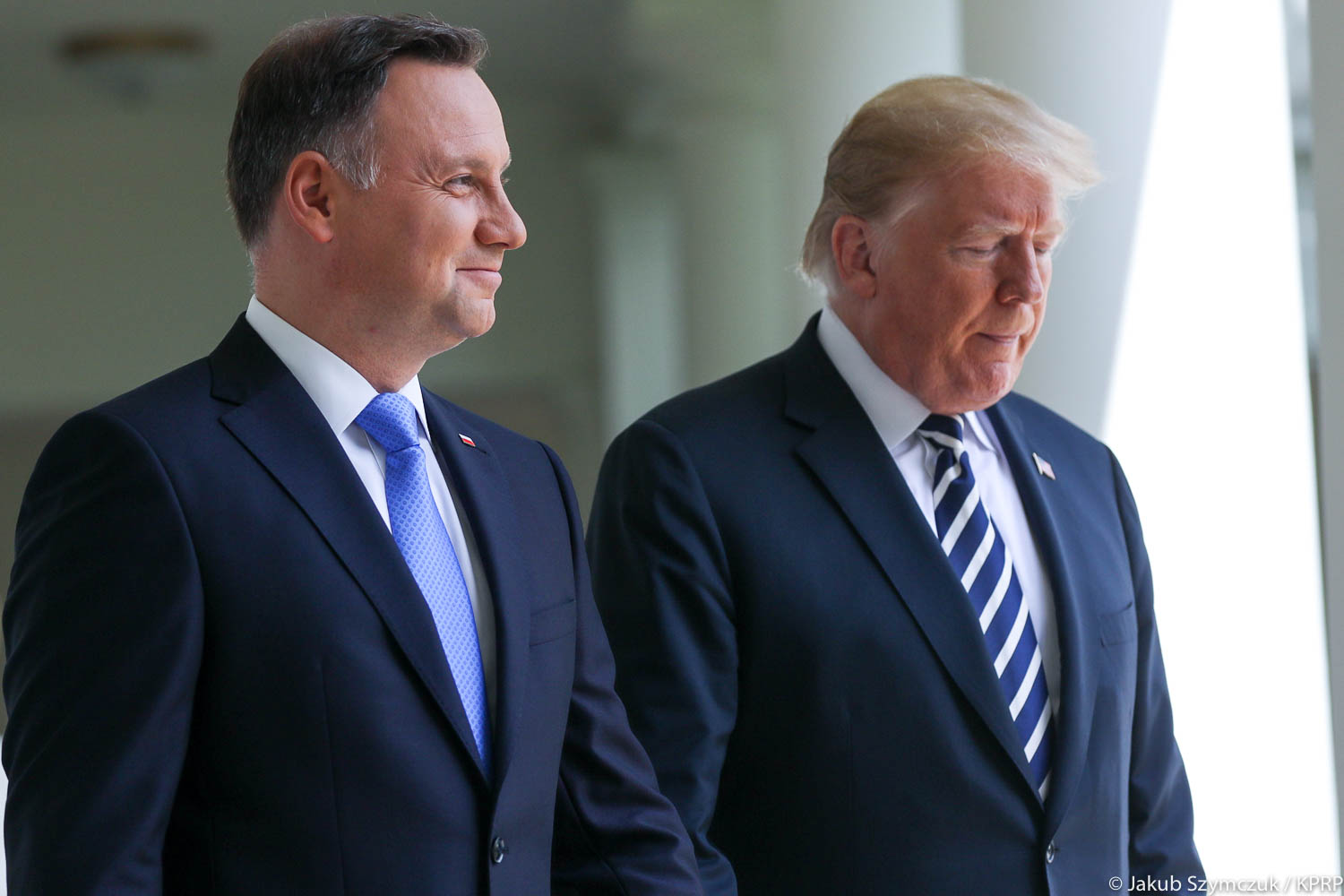 Face-to-face meeting of the two presidents will start at 2:00 pm, local time. The meeting will be followed by talks of the Polish and US delegations and a press conference. The talks at the White House will also be attended by Defence Minister Mariusz Błaszczak, head of the National Security Bureau Paweł Soloch, Piotr Wilczek – Polish Ambassador to the US and Captain Jacek Siwiera.

Polish president’s chief aide, Krzysztof Szczerski said that both Presidents will deliver a joint statement on the topics of their conversation. It will focus on the military, energy, health security, Three Seas initiative, development of the 5G network, and economic development (especially US investments).

Beforehand, President Duda stated that Polish – American alliance was very close and concerned economy and military security. He also hopes there will be more US investments in Poland. Krzysztof Szczerski declared that President of Poland is heading to Washington in order to deal with Polish matters. Additionally, President Duda would appeal to President Trump to strengthen the US military presence in Europe.