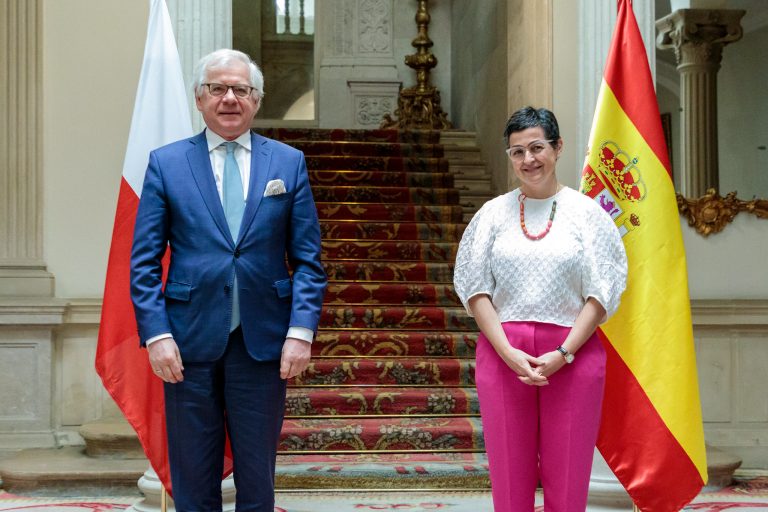 The visit took place at the invitation of Arancha González Laya, Minister for Foreign Affairs, European Union and Cooperation of the Kingdom of Spain.

The ministers discussed key issues related to European policies and the current international situation. The top diplomats talked about Poland’s and Spain’s strategies for overcoming the crisis caused by the COVID-19 pandemic. They stressed their support for an ambitious Multiannual Financial Framework for 2021-2027 and the EU Recovery Instrument. They also underscored that the EU Neighbourhood Policy is a priority for both countries and stressed the need to provide neighbours with adequate financial support under the EU’s new multi-annual budget.

When talking about the EU’s eastern policy, the foreign ministers pointed to the threats resulting from Russia’s policy of confrontation. “We agreed that, in view of many threats and challenges, the EU must be even more efficient in addressing the most urgent needs of member states. In this context, we place a high value on cooperation with Spain within the group of the EU’s five largest countries,” said the chief of Polish diplomacy.

Another important topic discussed during the meeting was the future of Polish-Spanish cooperation within NATO and the development of transatlantic relations.