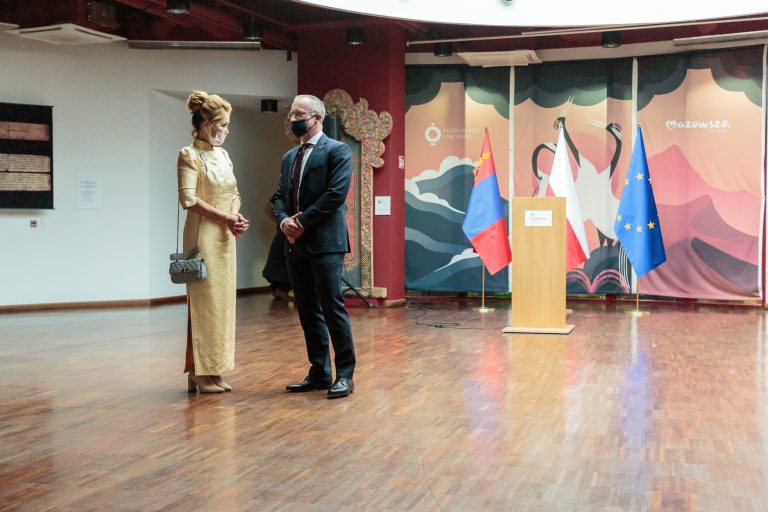 70th anniversary of establishing diplomatic relations between Poland and Mongolia was marked by opening the display titled “Treasury of Mongolian Buddhism” which was organised by Sejm of the Republic of Poland, Polish MFA, Mongolian Embassy in Poland and Polish Ambassador to Mongolia.

The launching of the display titled “Treasury of Mongolian Buddhism” adds splendour to celebrations marking the 70th anniversary of establishing diplomatic relations between Poland and Mongolia. The visiting collection from The Choijin Lama Temple Museum in Ulaanbaatar presents the works of Buddhist religious art that have been gathered in the museum, mostly monuments and paintings of deities belonging to the Vajrayana pantheon of Buddhism, a form of Buddhism practised, among other places, in Mongolia.

Some of the depicted works are by Öndör Gegeen Zanabazar, a spiritual and political leader of Mongols of the 17th and 18th centuries and the most famous Mongolian sculptor. Established in the post-revolutionary period, the Choijin Lama Temple Museum is not only home to a rich collection of Buddhist art, but also a monument of Mongolian architecture, as it is located in a converted monastery complex of a high-ranking lama that was also considered the state oracle.