New proposal at the EU summit 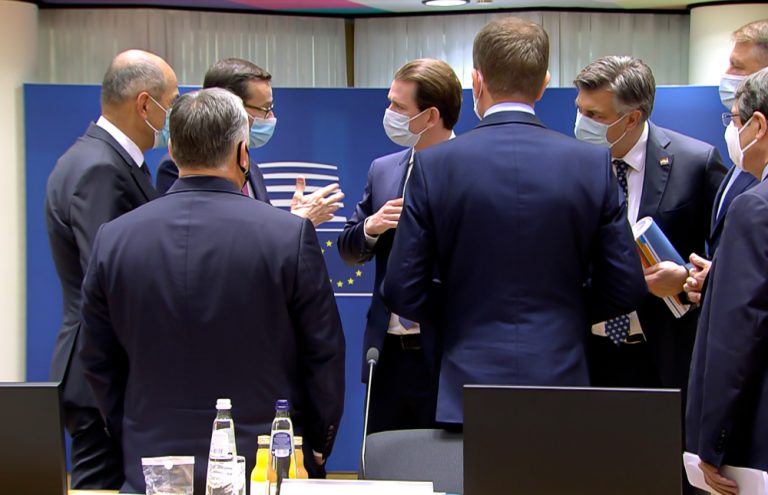 Today, Charles Michel, the head of the European Council announced a new proposal for the EU Recovery Fund after leaders of the member states rejected the first draft. He also decided to suspend the summit until 4pm CEST.

The basis of the new proposal is a total of EUR 390 bn in donations and lower discounts for the main contributors. On Sunday Austria, Denmark, Finland, the Netherlands and Sweden – rejected the draft including EUR 400 bn in the Recovery Fund, decreased from 500 bn. They called for lowering it to 350 bn, while others, including France, Germany, Italy and Spain, supported the proposal of Mr Michel.

Poland supports the large Recovery Fund aimed at supporting countries’ economies in the face of the crisis caused by the coronavirus pandemic. Over the night, Polish Prime Minister Mateusz Morawiecki discussed the situation with his counterparts from the Czech Republic, Hungary and Slovakia creating the Visegrad Group – Andrej Babiš, Viktor Orbán, Igor Matovič, as well as of Croatia – Andrej Plenković, Greece – Kiriakos Mitsotakis and Latvia Arturs Krišjānis Kariņš.