Polish and German Ministers of Defence met in Warsaw 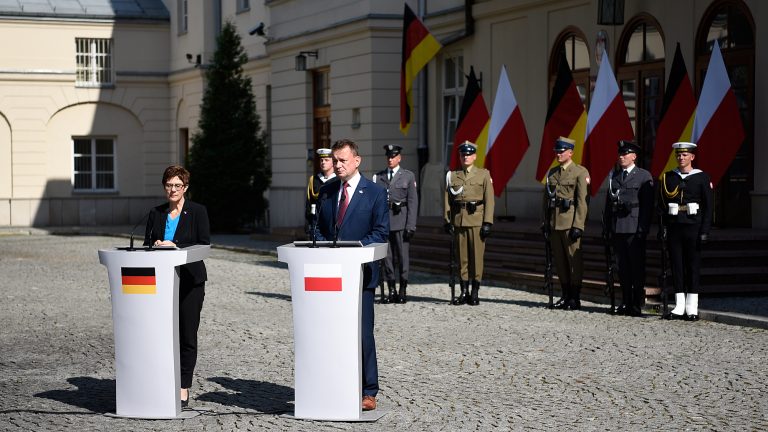 Poland’s Mariusz Błaszczak hosted Germany’s Annegret Kramp-Karrenbauer in Warsaw on Wednesday, July 15th. It was the first foreign visit of German MoD since she took her office in July 2019.

Bilateral talks included, among others, opportunities for the development of armaments cooperation, both countries’ involvement in strengthening the security of NATO’s eastern flank, as well as priorities in the area of security and defence of the German Presidency of the EU Council, which began in July this year.

Minister Kramp-Karrenbauer stressed that “The security of Poland is the security of Germany and vice-versa”. She also emphasized the need for closer bilateral cooperation in frames of European Union and NATO. She stressed that Poland and Germany agree that transatlantic relations are the pillar of both countries’ security and must remain so.

For his part Minister Błaszczak thanked his German counterpart and also emphasized the importance of current relations in terms of security and the prospects for future cooperation within, for example, PESCO. He also said that he is glad both Poland and Germany agree that EU should not replace NATO nor compete with it, but that the capabilities developed within the two should rather complete each other.