The Third Volume of The Governance of China…

The third volume of “Xi Jinping: The Governance of China” was published at the end of June. This is a subsequent part of articles, speeches and letters, among others, of General Secretary Xi from the last few years. 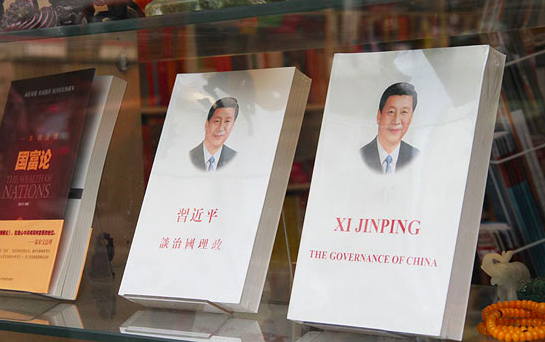 The third volume of “Xi Jinping: The Governance of China” was published by Foreign Languages Press, controlled by the Communist Party of China (CPC). Two language versions – Chinese and English, are currently available. The volume is also expected to be available abroad.

The newly published volume comprises 92 articles divided into 19 themes. Among them we can find speeches, conversations, instructions and letters of General Secretary Xi from the period of October 18, 2017 – January 13, 2020. Furthermore, the volume contains 41 photos of Xi from the aforementioned time.

The current volume has been published in cooperation with the State Council Information Office, the Institute of Party History and Literature of the CPC Central Committee and the China International Publishing Group. The previous two volumes were published in 2014 and 2017 respectively.

As a part of promoting governance in the new era since the 19th CPC National Congress, Xi made a number of important presentations as well as outlined multiple important concepts and ideas, further enriching, developing and innovating the theoretical aspects of the Party’s functioning, as reported by the Chinese media.

The core of the publication’s rhetoric is to “Unite and lead the entire Party and Chinese people of all ethnic groups to make new and significant progress in various activities of the Party and the country since the 19th CPC National Congress.” It was also added that “Authoritative work fully and systematically reflects Xi Jinping’s idea of socialism with Chinese characteristics.” It was mentioned that the new volume is expected to help the international community to better understand the main content of the thoughts of the Central Committee of the CPC, Marxism and the aforementioned Chinese version of socialism.

Taking into account the content of the previous volumes as well as Xi’s letters and speeches, among others, available on Party websites, we can presume that this will be another political manifesto of the CPC, presenting the General Secretary of the Party as an irreplaceable leader who guides China to a great renaissance and return to a once lost superpower position. The publication is also seen as a foundation and strengthening of the socialist ideology propagated in China.

It is worth recalling that, in accordance with the decision made at the aforementioned 19th CPC National Congress (starting from which the works of Xi are presented in the new volume), the thoughts of the CPC’s General Secretary were incorporated into the Party’s constitution, being considered as one of its ideological foundations. This document outlines a new era of socialism with Chinese characteristics, which is on a par with Marxism-Leninism, the Mao Zedong Thought, Deng Xiaoping Theory and the principles of “Three Represents” and “Scientific Outlook on Development”. Thus, it should be considered that every Party member should study Xi Jinping’s thought. In the future it should be expected that the new volume will be translated into other languages, as was the case with the previous parts.