On the verge of the third decade of the 21st century, NATO faces a much more complex security environment than during the Cold War or in the 1990s. After the Russian aggression against Georgia in 2008 and Ukraine in 2014, maintaining a real deterrence capability on the eastern flank of the Alliance has again become increasingly imperative. Terrorist threats, the unstable situation in the Middle East and North Africa as well as uncontrolled migrations remain no less pressing for the countries of Western and Southern Europe. The strategic competition between the United States and the People’s Republic of China will be the most serious test for the North Atlantic Alliance in the upcoming decades. The maintenance of stability in Europe and, globally, the future of the West as the dominant actor in international relations will depend on the ability to find a compromise within NATO, and more broadly – at the level of transatlantic relations. 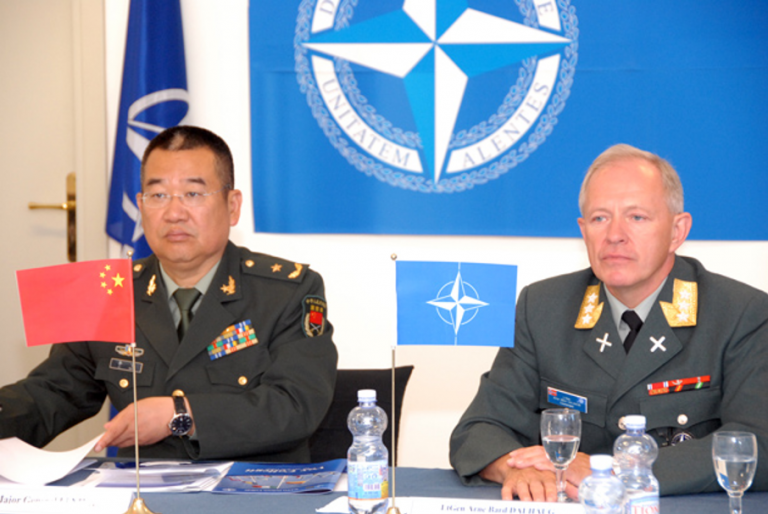 From Beijing’s point of view, the debate in NATO on commitment to a policy of counterbalancing the threat from Chinese side is an extremely unfavorable dynamic. The relative weakening of the US position over the last two decades will require partners and allied countries on all continents to closely collaborate with each other in order to halt the aggressive policy of the PRC. The Chinese authorities will therefore seek to use economic and political instruments to achieve the so-called double decoupling. The first objective is to deepen the divisions between the major European powers (France, Germany and the United Kingdom) as well as the United States. The second is to highlight the differences between individual countries and regions in Europe so as to maximally hinder the adoption of a common position. The implementation of such scenario will allow for better a protection of China’s strategic interests in Europe and reduce the ability of the USA to effectively counteract its global expansion. The misdirected efforts of the French authorities to achieve a strategic autonomy through building continuous opposition against the USA in Europe is one of the main obstacles on the path to strengthening cooperation. The continuous resistance of European governments (led by Germany) to allocate 2% of their GDP to defense is yet another problem. The Nord Stream 2 gas pipeline project, which strengthens Russia’s bargaining position at the expense of Poland, Belarus, the Baltic States and Ukraine, has an equally negative impact on the situation within the Alliance. Part of the blame for the current difficulties shall be borne on the American side, which has taken a series of unilateral decisions in recent years (JCPOA, Syria, the Paris Agreement, the trade war), contrary to the position of the European allies.

Despite numerous tensions in European and transatlantic relations, there are signs of a rising awareness of the challenges and threats resulting from the increasing power of the PRC. In the London Declaration, issued following NATO’s 70th anniversary Summit in December 2019, the leaders of the member states decided, for the first time in history, to include a passage dedicated to China. The document includes a paragraph emphasizing that NATO countries: “Recognize that China’s growing influence and international policies present both opportunities and challenges that we need to address together as an Alliance.” Although an ambiguous position has been taken, China’s mere appearance in the text of the declaration demonstrates its growing role in the Alliance’s strategy.

An increasing number of statements made by Secretary General – Jens Stoltenberg, on China’s role in international security policy is another important indicator of changes in NATO. On June 26 at the Brussels Forum he indicated that “China has a responsibility to be part of global arms control arrangements.” thereby referring to Beijing’s refusal to participate in the USA-Russia talks on the New START treaty. At the time J. Stoltenberg pointed out that “We assess that within a decade, China will have doubled the number of nuclear warheads.” and “That matters for all of us.” Simultaneously, the Secretary General declared that China is not identified as an enemy by the Alliance, concurrently stressing that the Middle Kingdom is consistently increasing its influence in the Arctic, Africa and cyberspace. He also noted investment in infrastructure in Europe and the fact that the combat systems under the development by the Chinese People’s Liberation Army are capable of reaching all NATO member states and their allies. On April 27, the Secretary General also criticized China for its participation in a disinformation campaign in Europe conducted jointly with Russia in order to break up the unity of the Alliance.

Given the PRC’s primary role in the US National Security Strategy, maintaining constructive transatlantic cooperation will require the Alliance agree to at least a part of Washington’s requests. Deepening differences may result in a gradual reduction of American involvement in Europe and relocation of troops to the Indo-Pacific region. In view of the limited combat capabilities of the German and French armies as well as the lack of willingness to use them in the event of potential aggression by the Russian Federation, maintaining the presence of the US military in Europe becomes vital for maintaining stability. The development of a transatlantic “grand bargain” in the coming years will be decisive for the odds of American victory in confrontation with China and maintaining its deterrence capabilities on NATO’s eastern flank.